A good start in the fact that the rain stopped late last night and, despite the lakes around vans, most had drained today. Good job not too many vans were moving or the site would have been a quagmire.

Anyway, in to town, changing at the central station where we mingle with crowds of Dynamo Dresden supporters for their home game in this first week of the Bundasleague. Mind you they weren't in such good spirits on our return this evening, having got thumped 4-0.

First planned stop is Frauene Kirche that we didn't have time for in yesterday's heat. But town is crowded today, it's Stadfest and lots of folk have come into the city for the festival, and many want to visit Frauene Kirche. Consequently there is an hour wait. We don't have time. Still round the side of the church are a couple of mediaeval renenactment people and I spot what looked like a small rope making machine. Next thing I know Liz and I both have bespoke lengths of thin rope made for us, Liz's blue and yellow striped and my rough hemp made into a hangman's noose. 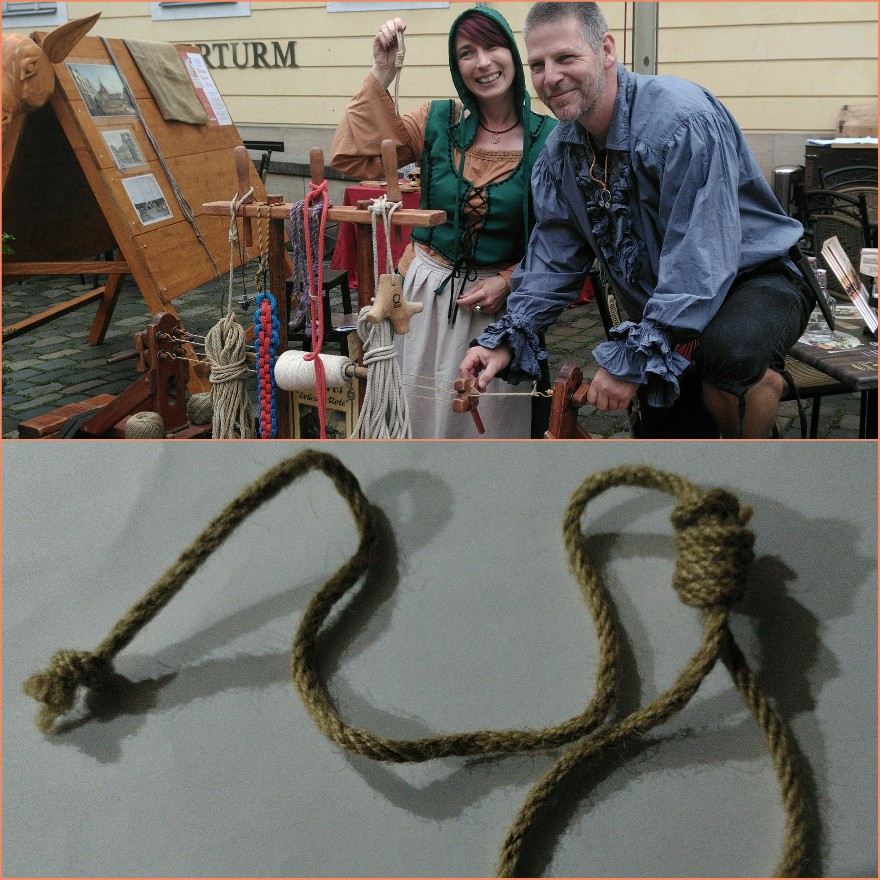 On now across the river. Here the evidence of Russian influence and hasty post-war rebuild is obvious. Many dull buildings, some showing obvious signs of prefabrication. Move away from the main shopping street and it's all a little shabby.

Except for Pfund's Molkerei. It's not the fact that this little dairy started almost 140 years ago that makes it famous, not the fact that it survived nationalisation under the DDR to become independent again in the1990s. No, it's the fact the shop is covered floor to ceiling in Villeroy & Boch tiles from the 1890s which survived the 1945 bombings. These days it's a major tourist attraction and I could almost forgive the disaffected staff who served us our buttermilk to drink there and smoked cheese to take out. Life can't be much fun with gawking tourists buying little. By the way buttermilk is definitely an acquired taste. There is a strict prohibition on photographs at Pfund's and despite many tourists trying to ignore this I assume my gentle readers will be happy to use Google.

Next door was a shop making brushes. Hand made brushes. Now 150 years ago Liz's great-great-grandmother was a brush maker. We typed this fact into Google Translate and showed the elderly shopkeeper who had very limited English. We also came away with a hand-made computer keyboard brush. Nice to get a souvenir that is actually useful.

A little further along the road we came across some interesting graffiti. 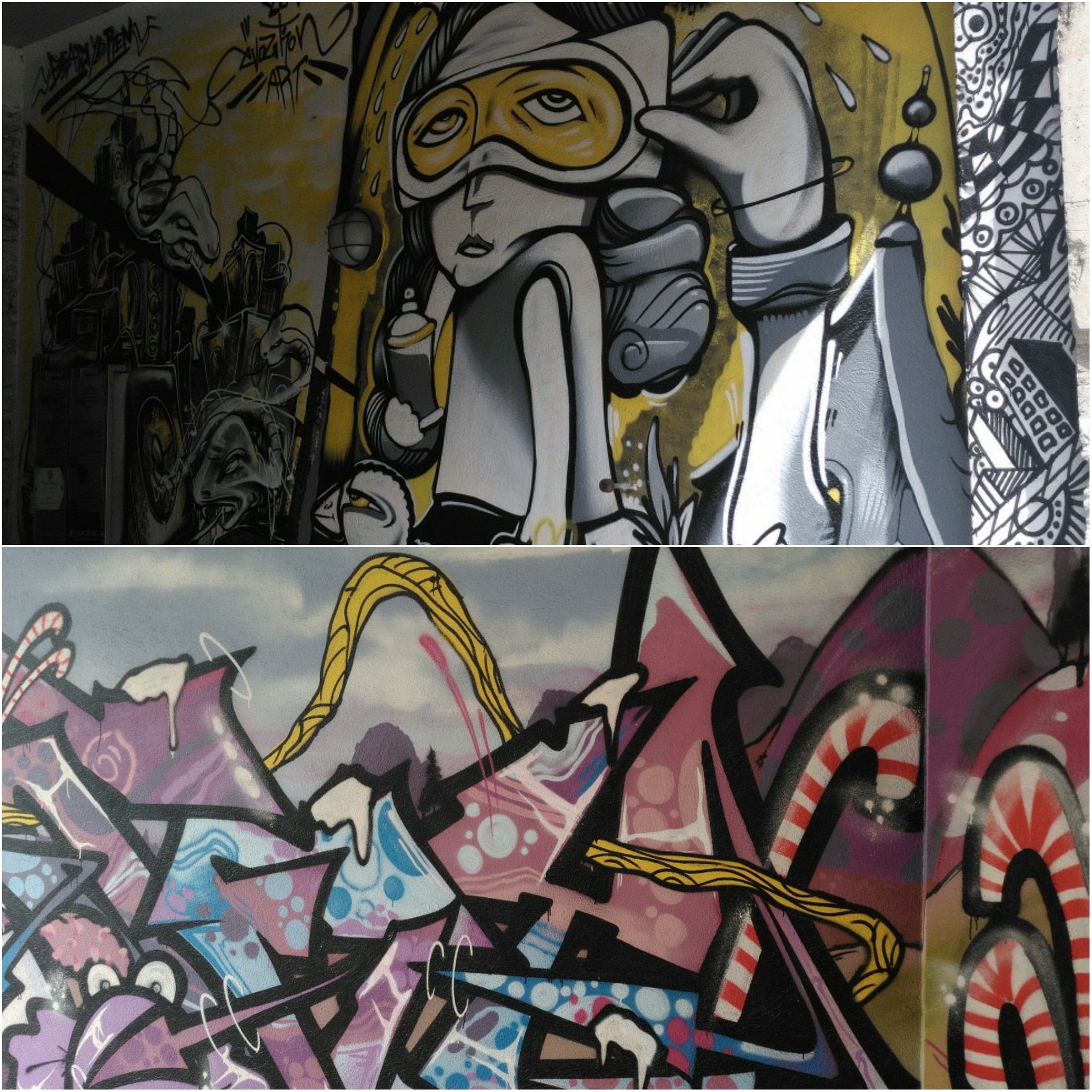 Next to one was a large ceramic skittle which Liz photographed but I didn't. I did comment that it reminded me of Hunterwasser, an artist who's work I've taken the pleasure in urinating on at Kawa Kawa, NZ. I wish I'd have picked up on that thought because round the corner was Kunsthofpassage decorated by Hunterwasser himself. Also it was right next to an excellent craft beer shop!

Taking of beer, the disappointment of the day was finding that the Gestätte Zum Baustner Tor pub didn't open at 2pm on Saturdays as suggested. As well as being the brewery tap for a local brewery the pub itself is a time capsule of DDR days. Not for tourist benefit per se as it's not on the tourist trail but a genuine old fashioned pub harking back to Dresden of the 70s. Shame we missed it. 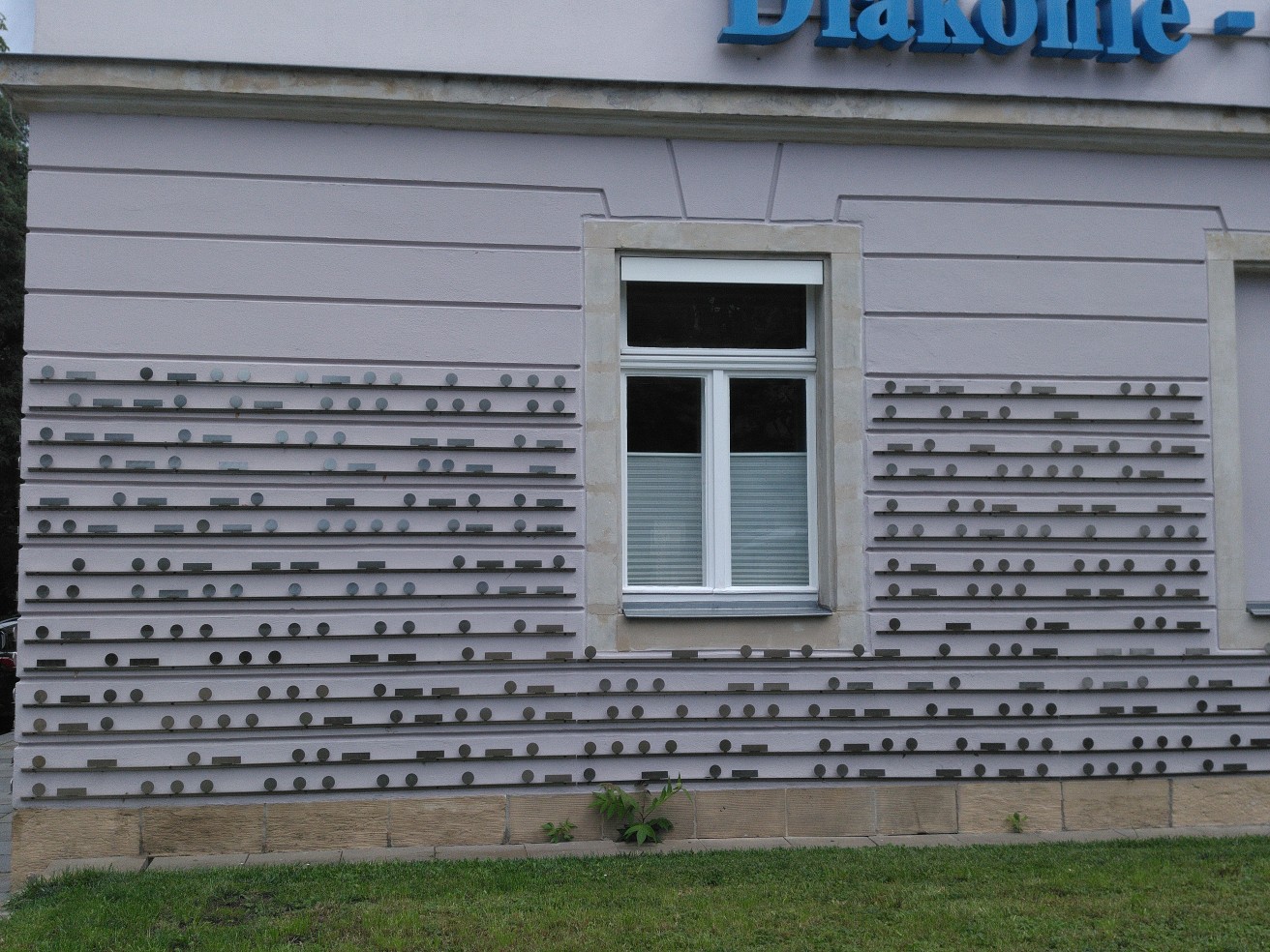 Too hard to photograph it all up translate but this but definitely starts Alles das ...

I could continue and talk about a bar that was open and then back across Augustus Bridge to the festival in altstadt but enough for today I think. I need an early alarm tomorrow.

Did you know lorries don't travel in Germany in Sunday's? Shops are closed too, including large supermarkets. The only exceptions tend to be tourist centres. In fact most small shops in most towns

There's no doubt that Britain shares many similarities with Europe but here's a few differences.  Let's get the negatives out of the way first Drains - there is no doubt that the continent,