As you've probably gathered from the title we're safely in Belgium.

Let's take the day in order. First stop, "ghost" shopping at Tesco; after getting there early at 9:45 to "use their facilities" we wandered around in the dark looking for a USB C cable until the lights came on at 10 announcing the start of Sunday shopping. Amazing how busy it is before the tills are even open! Liz's new phone is the only device with a USB C and although we have one cable we left the spare at home and it is very useful to have one cable in the cab and one in the rear. The rest of the kit is micro USB except for the Mi Fit bands which are proprietary, as is the Panasonic camera and we need a mini USB for something. So much for standardisation - good job we don't need an Apple Lightning cable as well. It's a big bag carrying the van's USB cables!

After Tesco the service station at the huge Eurotunnel services where the princely sum of £1 .52 topped up our LPG tank with an extra 2.6l. We had planned to fill the diesel tank too but not at £1.33 a litre!!!! A few miles down the road in Dover it was just £1.17, still a few p more than Tesco but definitely not taking the p*** like the Eurotunnel services.

Dunno about the kerfuffle at airports but the French security at Dover consisted of flashing 2 unopened passports at the douanier and being waved on. The only other highlight was the first guided tour of the van of this trip. A UK ex-pat living in Germany was much taken with it.

The crossing was millpond smooth and navigating around the major roads simple enough. Finding the campsite itself, tucked away to the NW of Antwerp was more of a challenge and the local residents saw the cute little van first pass in one direction and then the other.

It's Sunday. The shops are shut. Now it makes no sense to bring beer to Belgium the beer capital of the world but it's Sunday, the shops are shut and we have no beer 😭 or should that be 😱). The campsite warden introduced us to a local Brit who has been coming here for 40 years and is known affectionately as Lord Duvel (I assume all my gentle readers with be familiar with, nay, intimate with, the excellent Duvel beer). He did offer some of his stash, greater love hath no man, but I thought it just too touching a gesture and opted for directions to the nearest bar instead.

Guess where we are going now?! 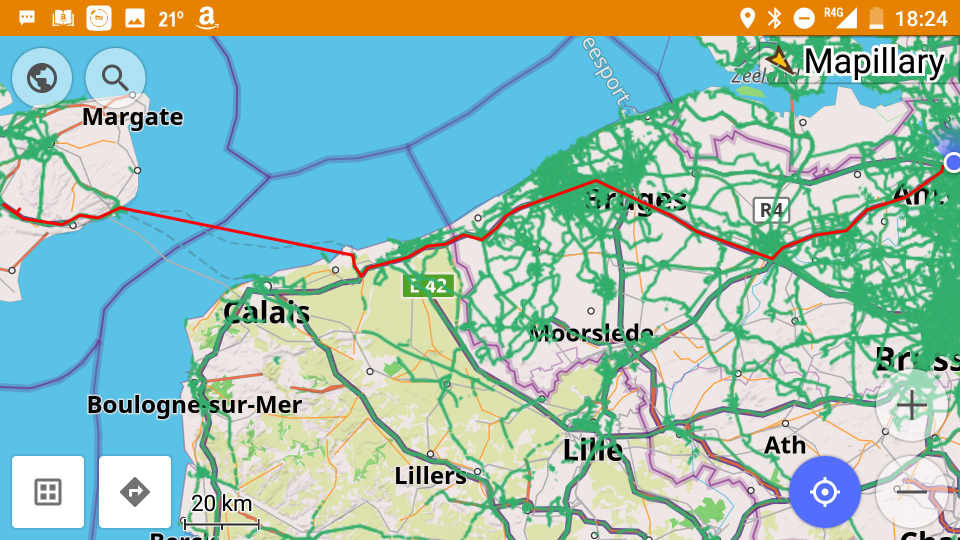 And I don't understand why we had trouble finding this place. We must have known we were close, after all this is right next door: [Private family joke] And whilst I'm using this

Europe here we come. Having only returned from Lundy ( not in the van, for a change) early hours of Wednesday morning it was a bit of a panic to organise and pack. We