When the day has been mainly behind the steering wheel (well at least 5 hours 23 minutes of it according to my journey tracker) it's hard to have a huge amount to say and even harder to have decent photos.

However, today we could break the journey up. Hymer (who also own the brand Dechleff I believe) are one of Europe's biggest caravan and motorhome manufacturers. And they have a museum at their plant almost exactly half-way between Munich and today's destination, Freiburg in the Black Forest. An early start was, therefore made, but even so we didn't have enough time to justify the museum trip, especially given its €9.50 each entrance fee.

That said, even whipping round quickly was interesting. We learned that campervans go back a long way - here's a British example from the 1930s. 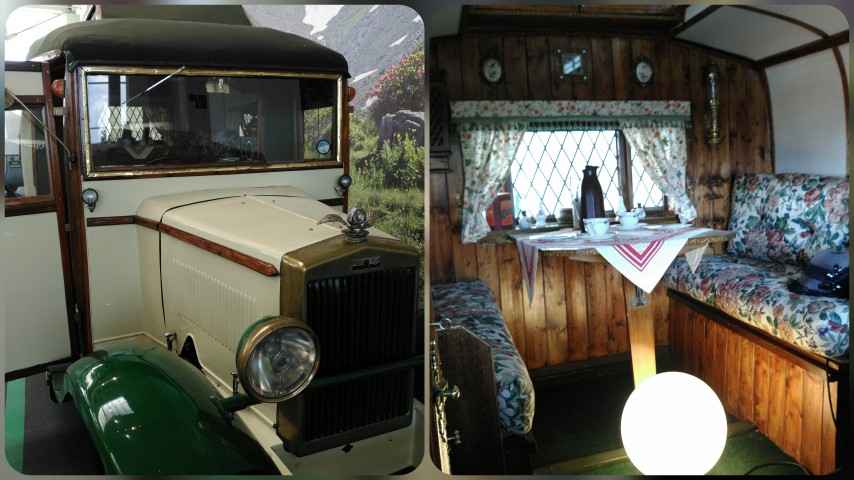 Also we learned our little camper isn't that small

Nor are campers restricted just to land.

But we still didn't see a replacement for Brian The Snail.

The drive was interesting. Part autobahn and part rural roads. Neat farms and pretty half-timbered houses, most of which were faux modern, Germany's equivalent to mock-Tudor perhaps. Also fraught, many of the junctions are having major improvements which mean, at best, roadworks and, in the case of 2 key junctions road closures, the first of which proved very difficult to coax the Satnav to find an alternate route. Still we got there in the end.

The site at Freiburg is quite full. There is a perfect spot for us at the end of a row but I need to reverse in, the entire length of the row. I'm tired and the van isn't that easy to reverse. I go from near miss on the offside to near miss on the onside yet when I finally manoeuvre the van into the parking slot I can see the reverse was a dead straight line! I really am rubbish at reversing!

You know I've 7 weeks on the road and you don't realise what you have missed. Certainly I would not have expected my soul to soar so much as it did at the sight of broccoli on the menu. Simple plan broccoli as opposed to some variant of saurkraut! Joy of joys!

It goes without saying that the restaurant was a local brewery! 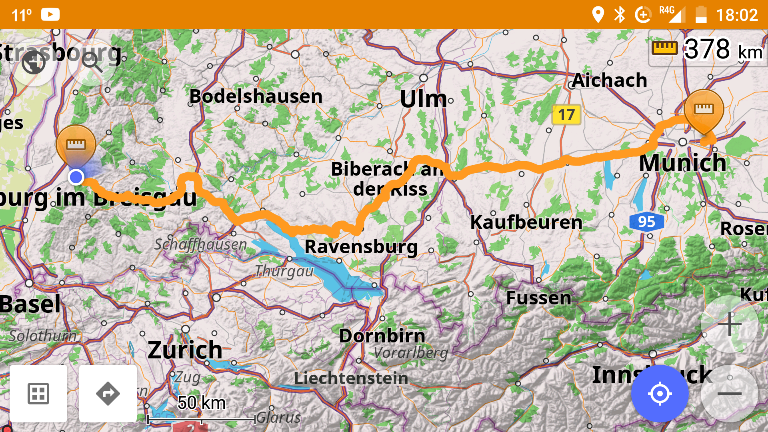 If I leave here tomorrow Would you still remember me? For I must be traveling on, now Cause there's too many places I've got to see Today's 25,000 steps in a nutshell:

Germany takes its Sundays seriously. All the stores, including the large department stores, in Munich city centre are closed. Even the large shopping mall down here by the messe is completely shut. Amazing!