It may be May and the may may be out but it's still way to cold to cast a clout. We plan to be in town until latish tonight and being inclement we have already decided to make it a late start. So another van morning.

First port of call is Kilmainham goal, a Victorian prison in use until the 1920's and then left derelict, until volunteers restored it over the last few decades. Why restore it? Because it was the execution place of 14 leaders of the 1916 Easter uprising. The uprising itself and its destruction of much of Dublin had left the Irish nation not necessarily in favour of the call for nationalism but the brutal treatment and execution of its leaders by the British forces turned the tide and truly set Ireland in its road to become a self governing nation. And a rocky road it was too, with two further wars, a national war and then a civil war to fight for a united Ireland.

All this history, and more, was imported by Damien, our excellent tour guide along with tales of vast overcrowding as the 1845 potato famine filled the goal to many times its intended capacity. Bad enough that the goal would fill with starving people whose crime was but to steal a crust but a government desperate to clear the starving peasantry off the streets also introduced a vagrancy act to swell prison numbers further. 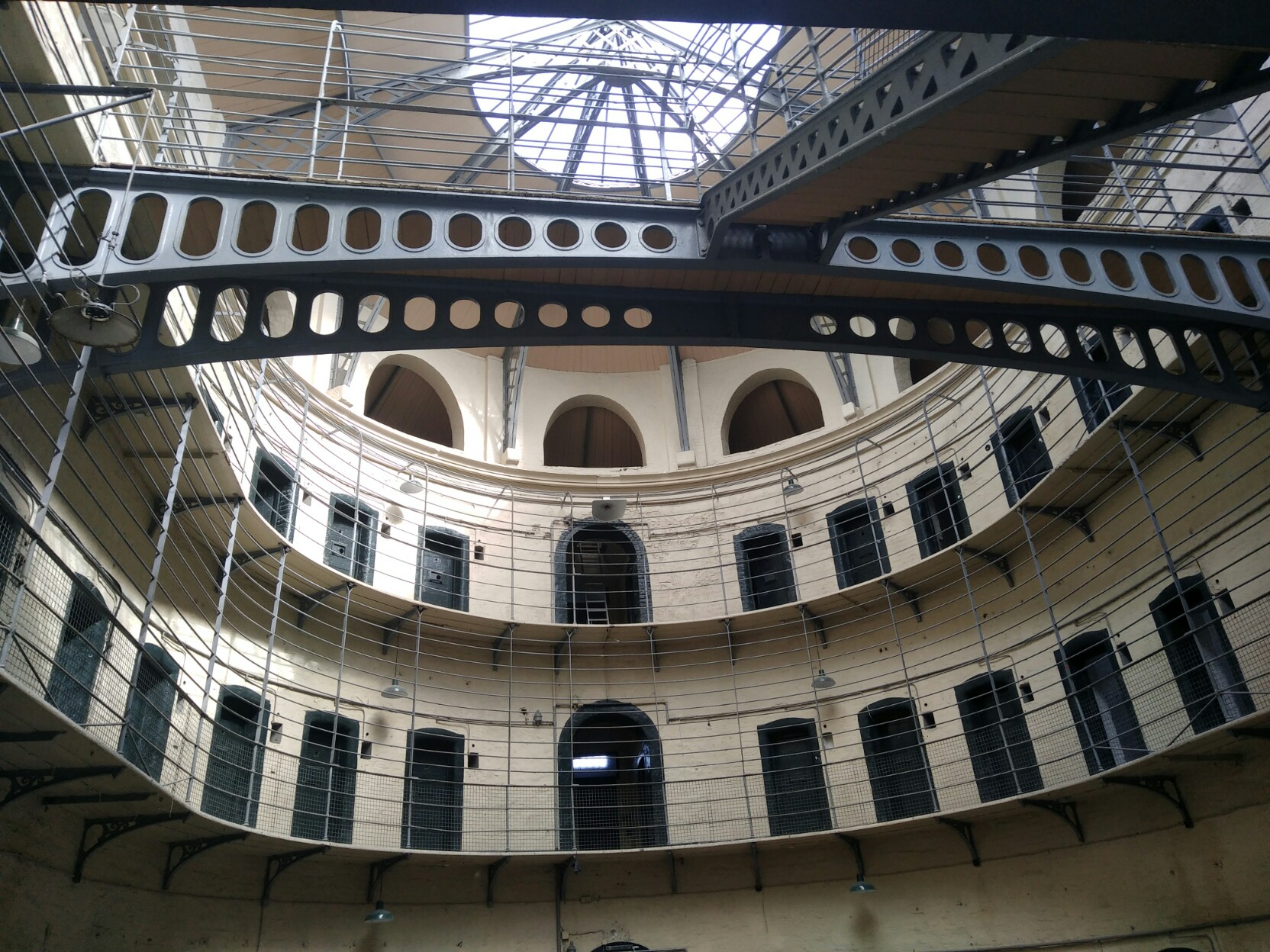 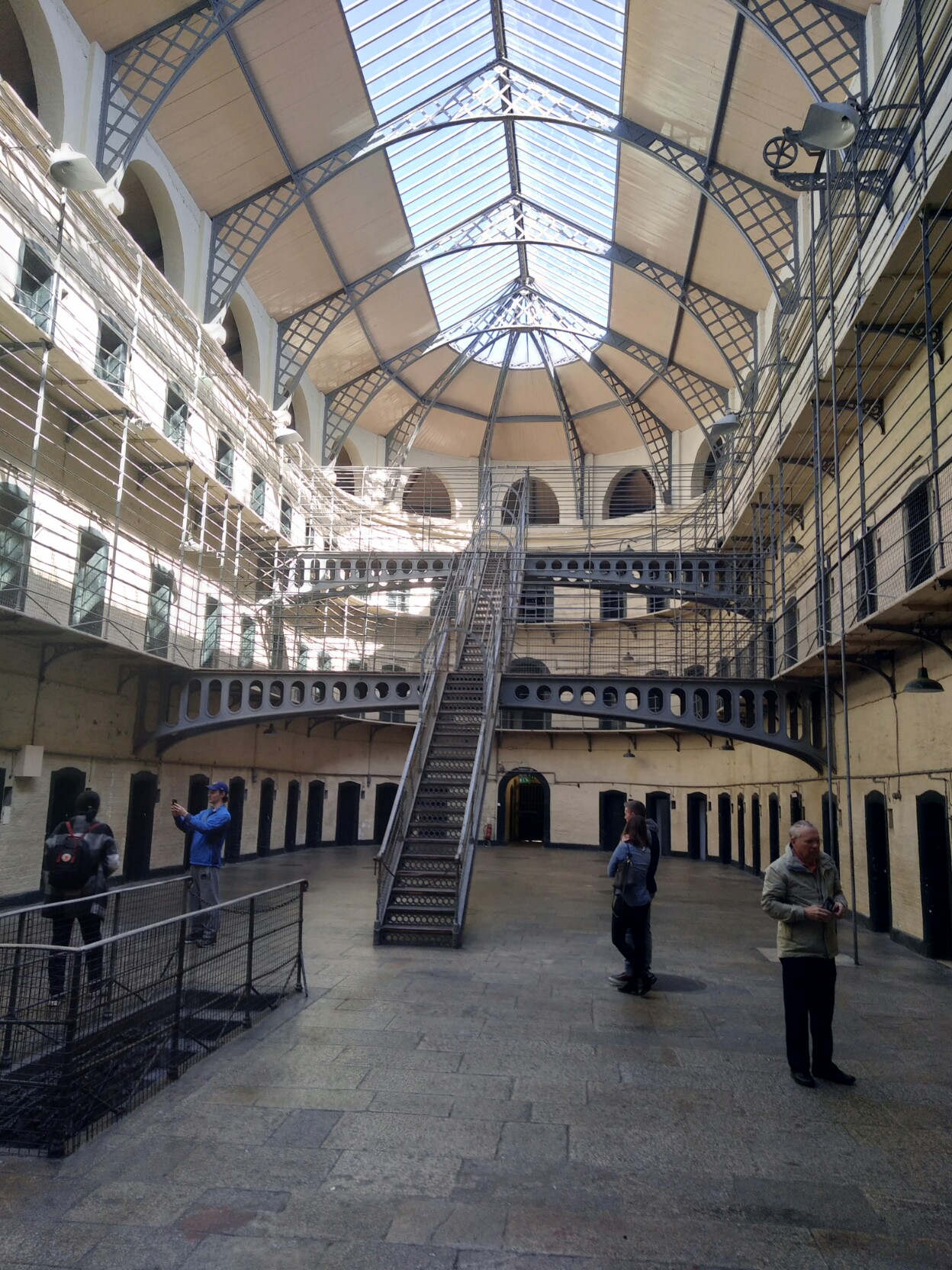 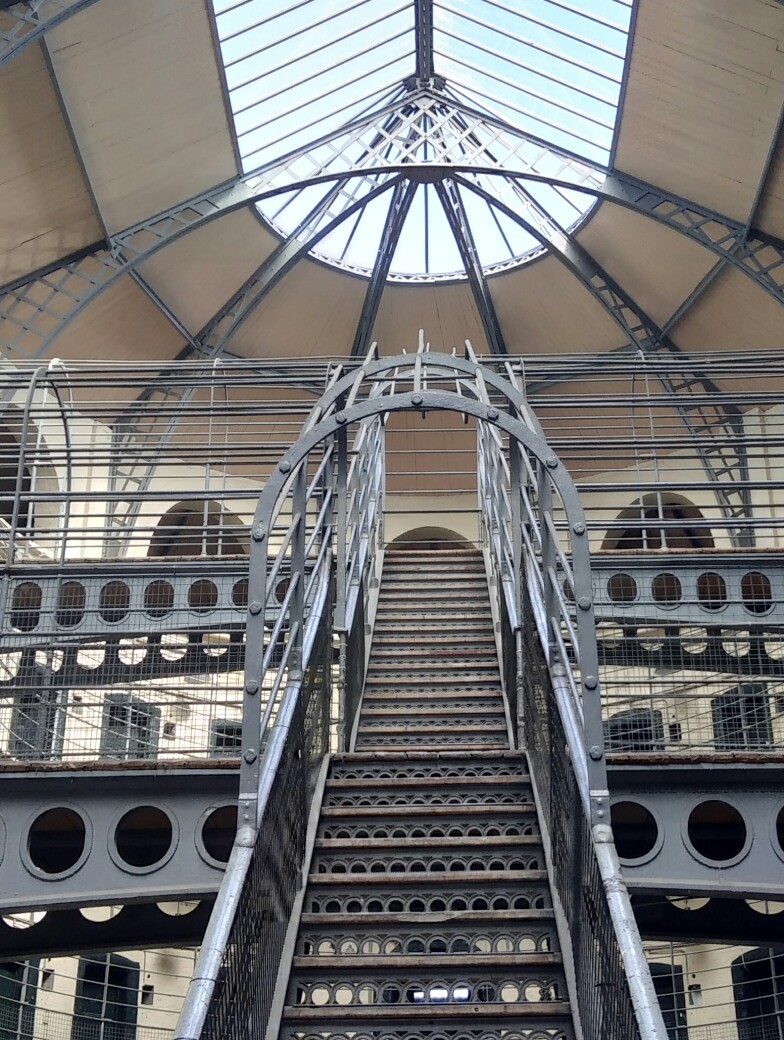 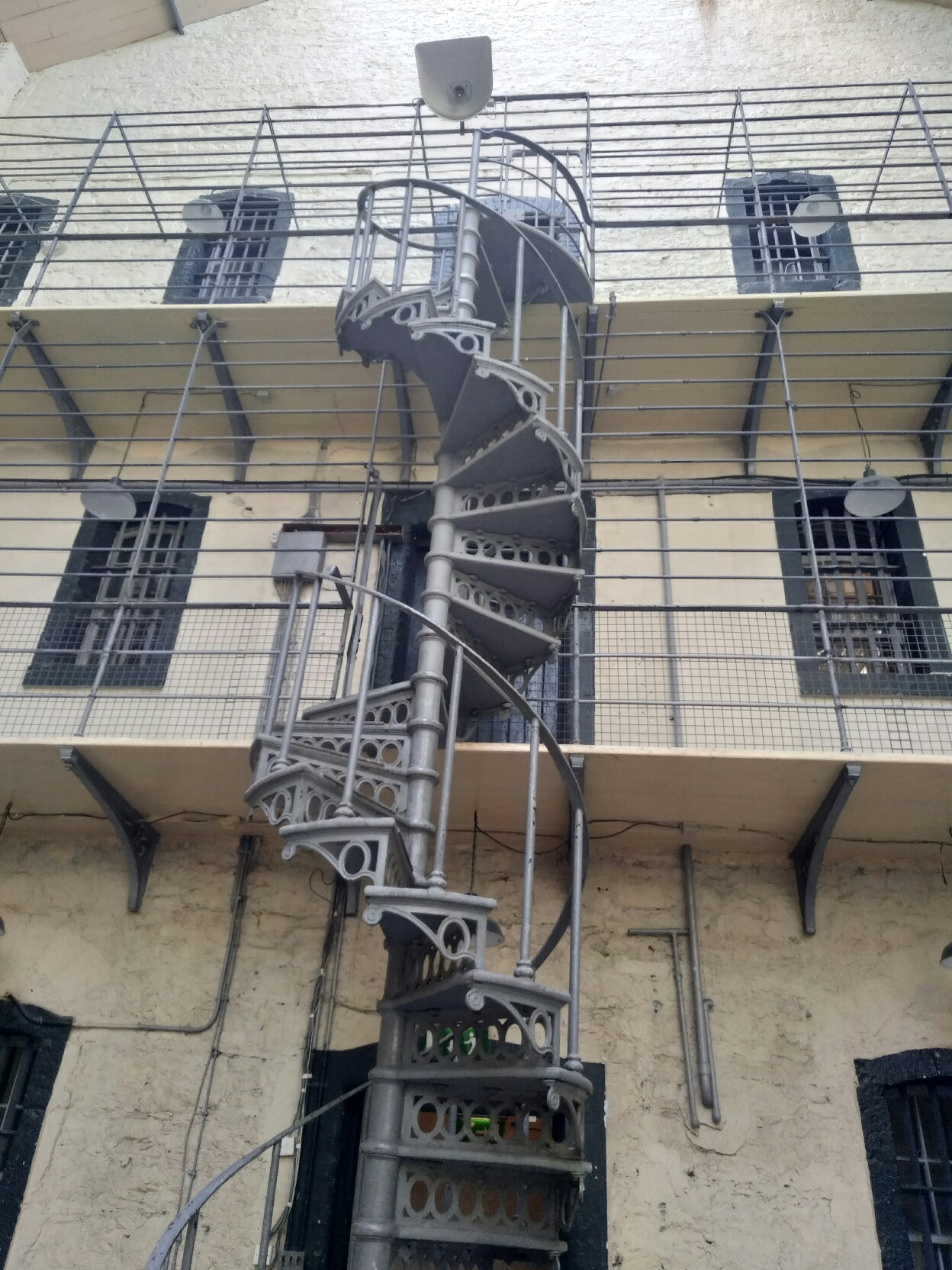 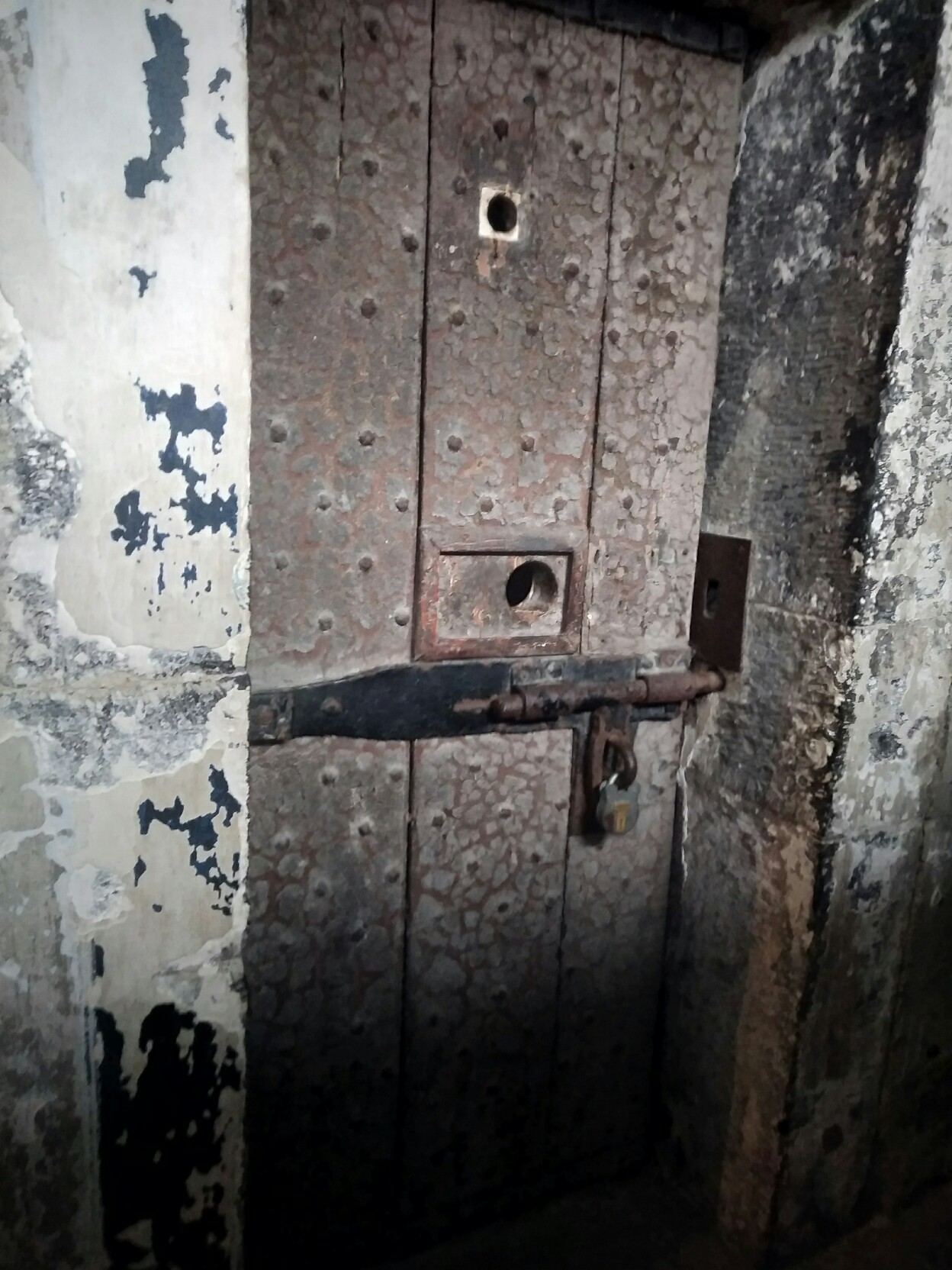 But the political prisoners were still able to make their mark 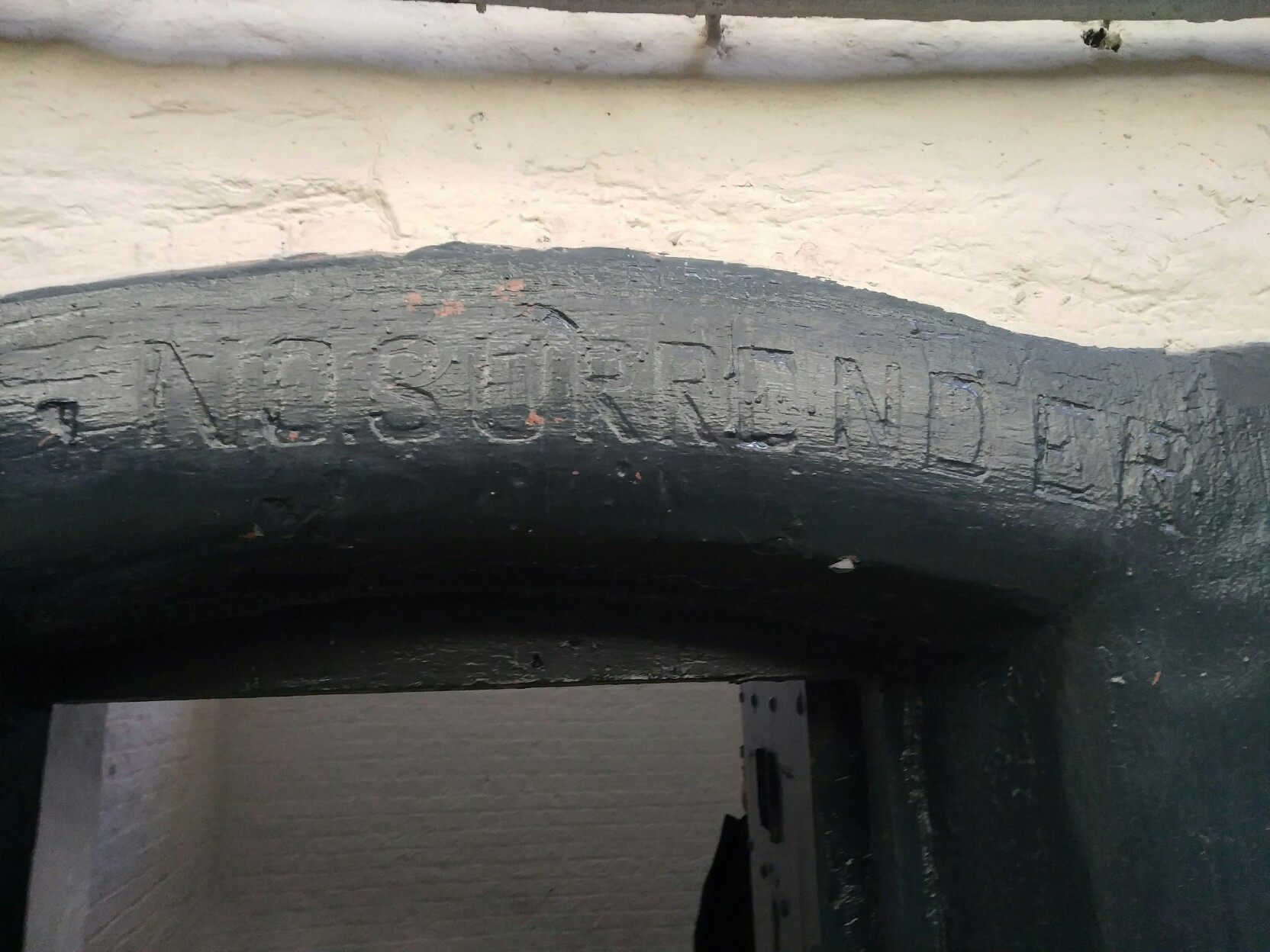 The goal is now administered by the Office of Public Works, a fact that wouldn't interest me either, were it not that they have a scheme where English Heritage card holders get free access. Now you need to book the goal tour in advance and it is very popular (probably because of its proximity to the Guinness tour). Fortunately we did so online yesterday, but the trusting staff didn't even ask to see our English Heritage cards.

Oh, I should add that you may recognise the goal it has appeared in "The Italian Job", "In The Name Of The Father", and several other films.

Drowned? Today's blog title. Well it could have referred to the fact that just before we visited the goal we wandered across the road to the Museum Of Modern Art. We know we wouldn't have time to visit the displays but the 200m avenue walk through the park to the Museum and then back would kill time nicely. Except that as we turned to return it started to spit with rain, then the wind started to blow a hooley and those spits turned to a torrential horizontal hail/rain mix that soaked us. Soaked us just in the one side that is, it was so nearly horizontal that our left hand coat and trousers were bone dry.

Drowned - could have referred to that but, No! Wandering around the goal, no food or drink is permitted Liz dropped her half full 1l water bottle into my backpack (yes the backpack has a bottle pocket, but in the rush of the moment ...). You've guessed it, half way round the tour I feel my coat back is soaking. It's not easy trying to unpack a backpack, dry everything, find a pocket for it all, and keep up with a tour group. The good news is that there wasn't too much in the backpack. The bad news was that it was all electronic, my camera, my audio recorder and my Kindle. Kindle and audio recorder were damp but seem unscathed but camera case, and camera inside, were sodden. The camera no longer turns on! We'll leave it a day or two to dry out but the prognosis isn't favourable. Oh well, it was only yesterday that I was talking about buying a better camera!

The goal visit lasted a good two hours and it was time for food. Unfortunately we weren't in the best area of town for bars or restaurants. The 15 minute walk back took us past this street art 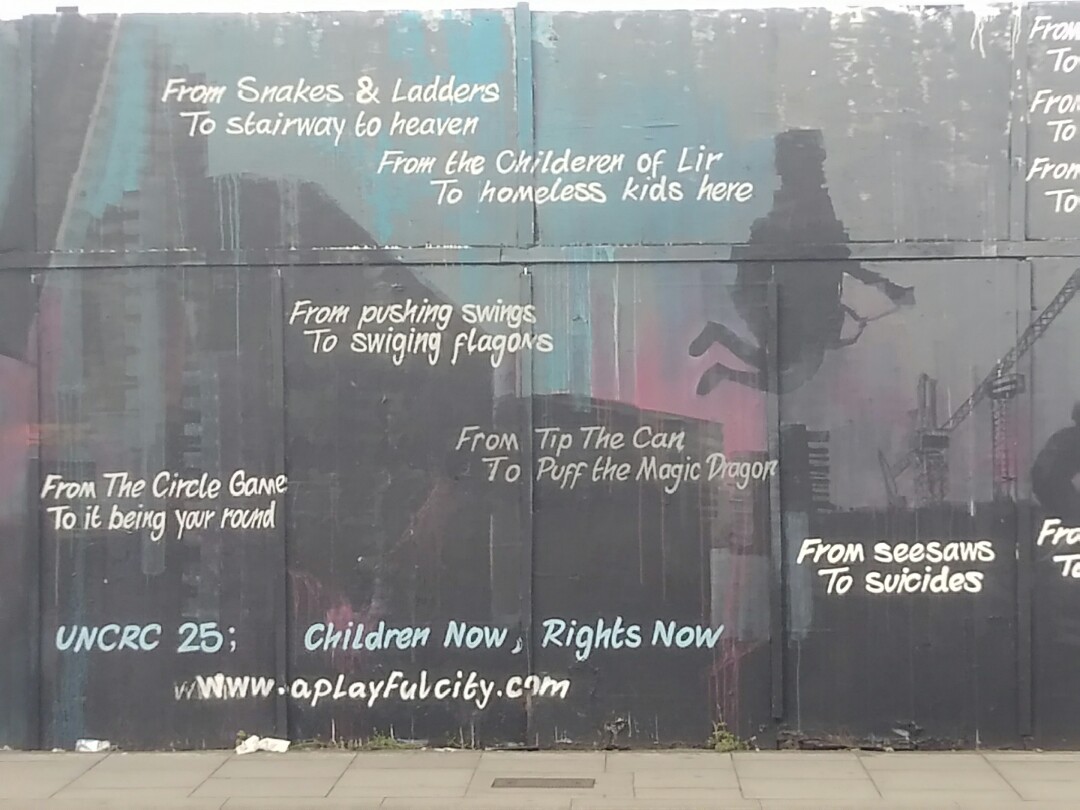 Food found and consumed, next task is a pub showing the football (Roma v Liverpool, European Champions Cup semi-final). All I can say is that blood pressure tablets may be in short demand in the Merseyside area, with Liverpool just clinging on to win 7-6 over the two legs.

The plan was then to go on to a music pub close by but the buses don't run too late and we didn't want to miss the last one so we called it a night. Shame

Technicals indeed this morning. Liz decided that she would like commenting to be available on her blog. To do this in Ghost required her signing up for a Disqus account and registering her

Dublin today, but a deliberate short day. The forecast is poor and it is chilly enough without strong winds and driving rain. Still it was a mad panic rushing for the 11:30am