No music down the pub last night (Weds is the day to go) but some beautiful traditional Irish music at 4am this morning as a glorious dawn chorus serenaded the van. Made all the louder by windows and roof vents being open to allow some of the heat to escape.

It's still warm when we awaken today. Late too, nearly 10. So much for an early start.

A tiny part of The Burren is National Park and this has some waymarked trails. Parking is limited so a shuttle bus runs every 30 mins from here in Corofin. What a nice service. On the way back a local, living en route but out in the sticks, flags the bus down for a free lift into town to do her shopping.

It's hot when we get to the park, probably about 21 or 22. There are 5 trails but in this heat the ones up the mountain are for more seasoned walkers. We elect to do both the easier 1.5km routes.

The white route takes us through shaded woodland and then onto a boulder field of limestone chert. It was slowish going here especially for Liz who is a little unsteady in such rough terrain. Anyway we were going incredibly slowly anyway - Liz photographing every flower of interest, me looking just in case any Fly Orchids had made an appearance yet. Not expected but always a hope. No such luck - the Early Purples are almost gone over but a few nice specimens remain 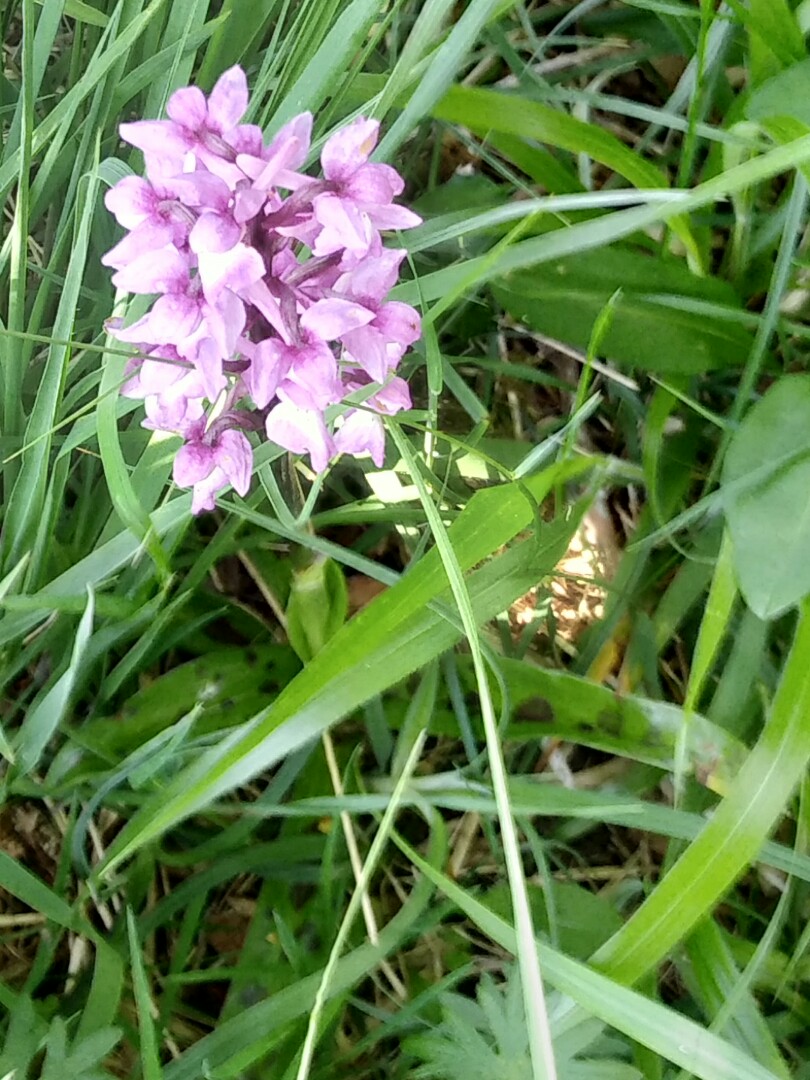 The only other species we knowingly saw was the Common Twayblade which was just coming nicely to its perfect condition. Of course, being green it has a much less striking appearance 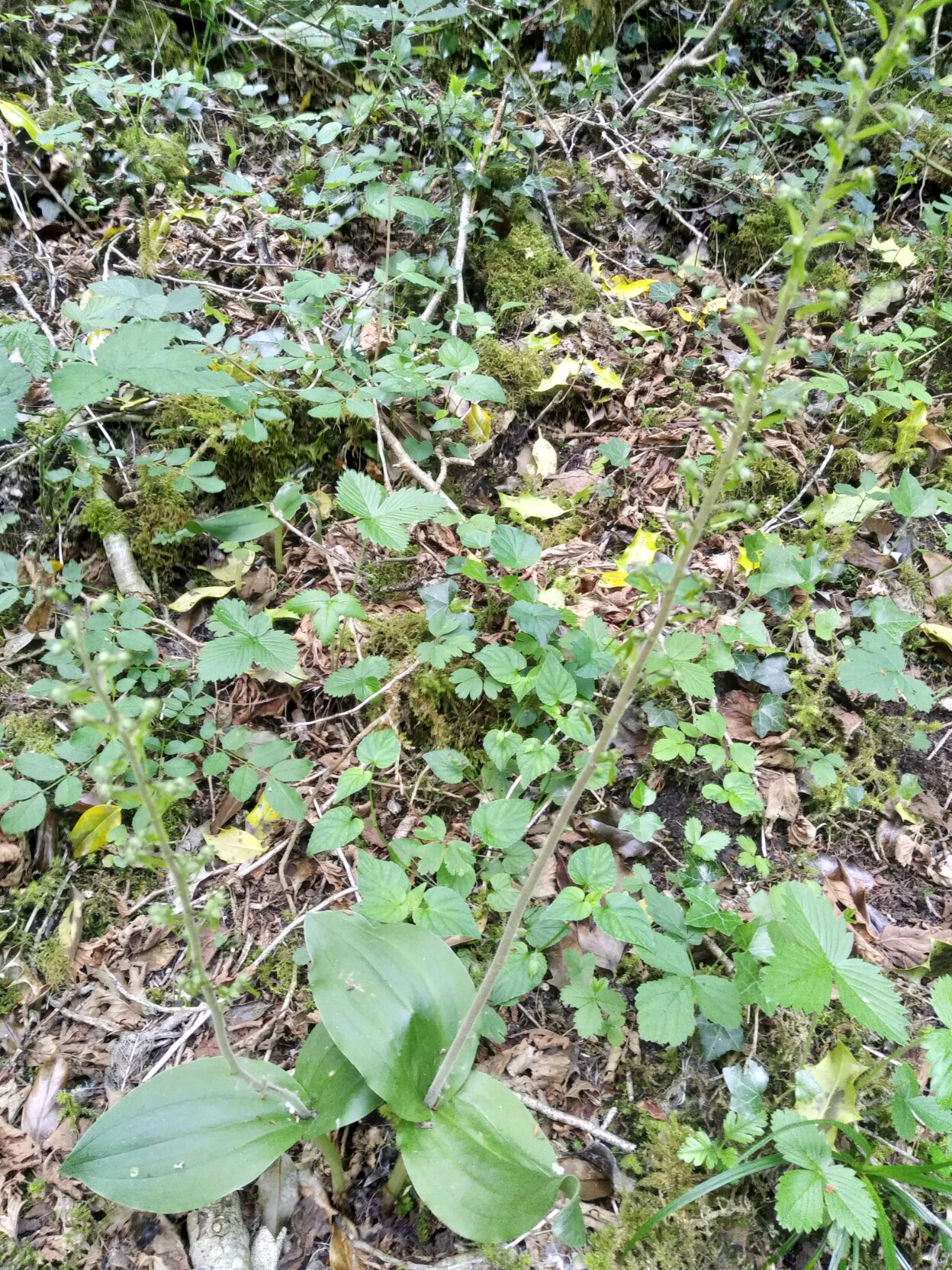 Another few weeks and I'm sure the walk will abound with Pyramid, Common Spotted, Fragrant, and Fly Orchids and possible a Helleborine or two and maybe some less common species. A good reason for coming back here.

On to the limestone karst for which The Burren is famous. The deeply channeled limestone is spectacular. It's laid horizontally (with a slight slope) except at Mullahhmore where forces pushed the limestone layer upwards 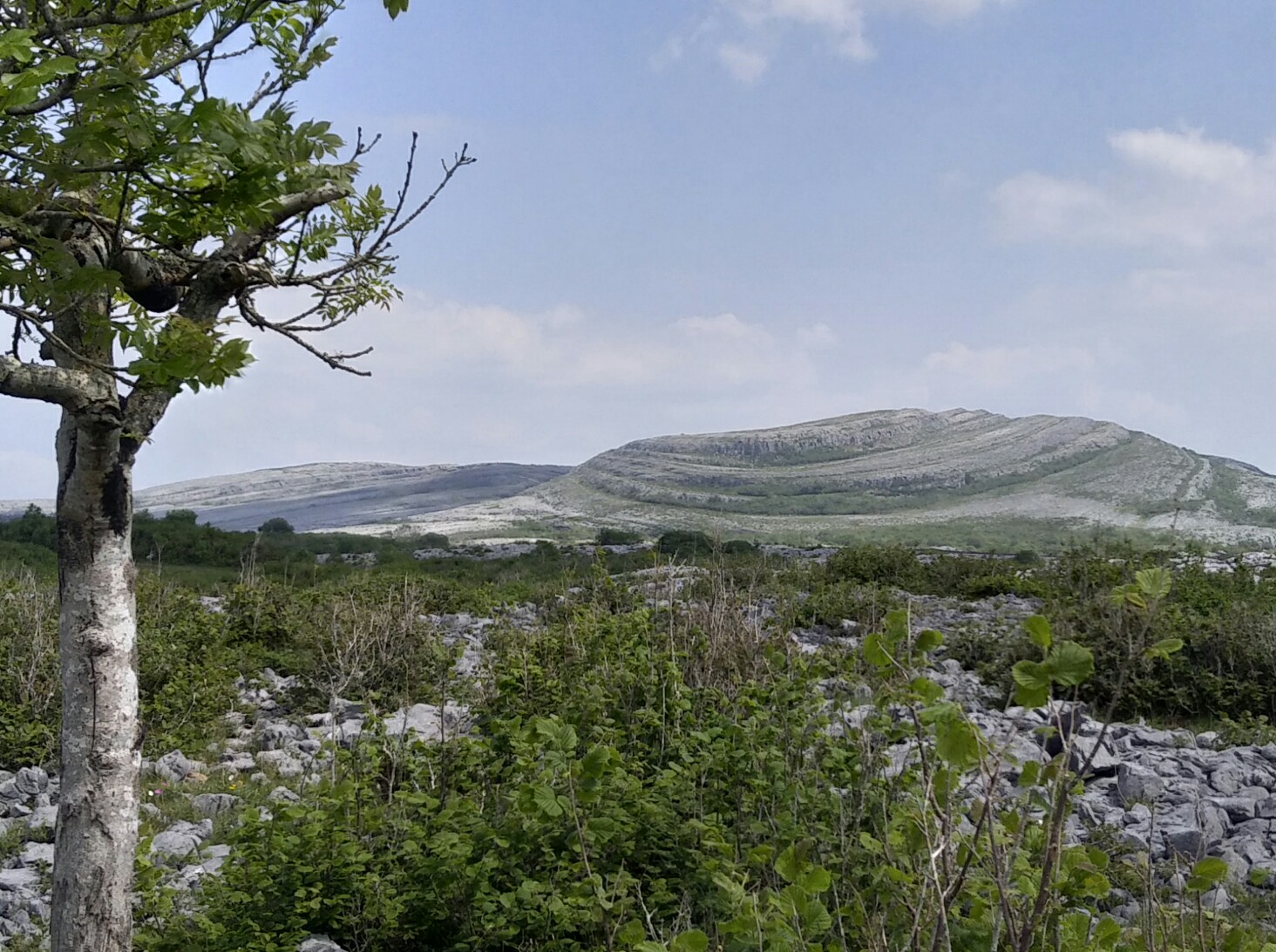 It's limestone, the compressed sediment of trillions of sea-shells. Being formed on the ocean bed coral and small molluscs both left their mark 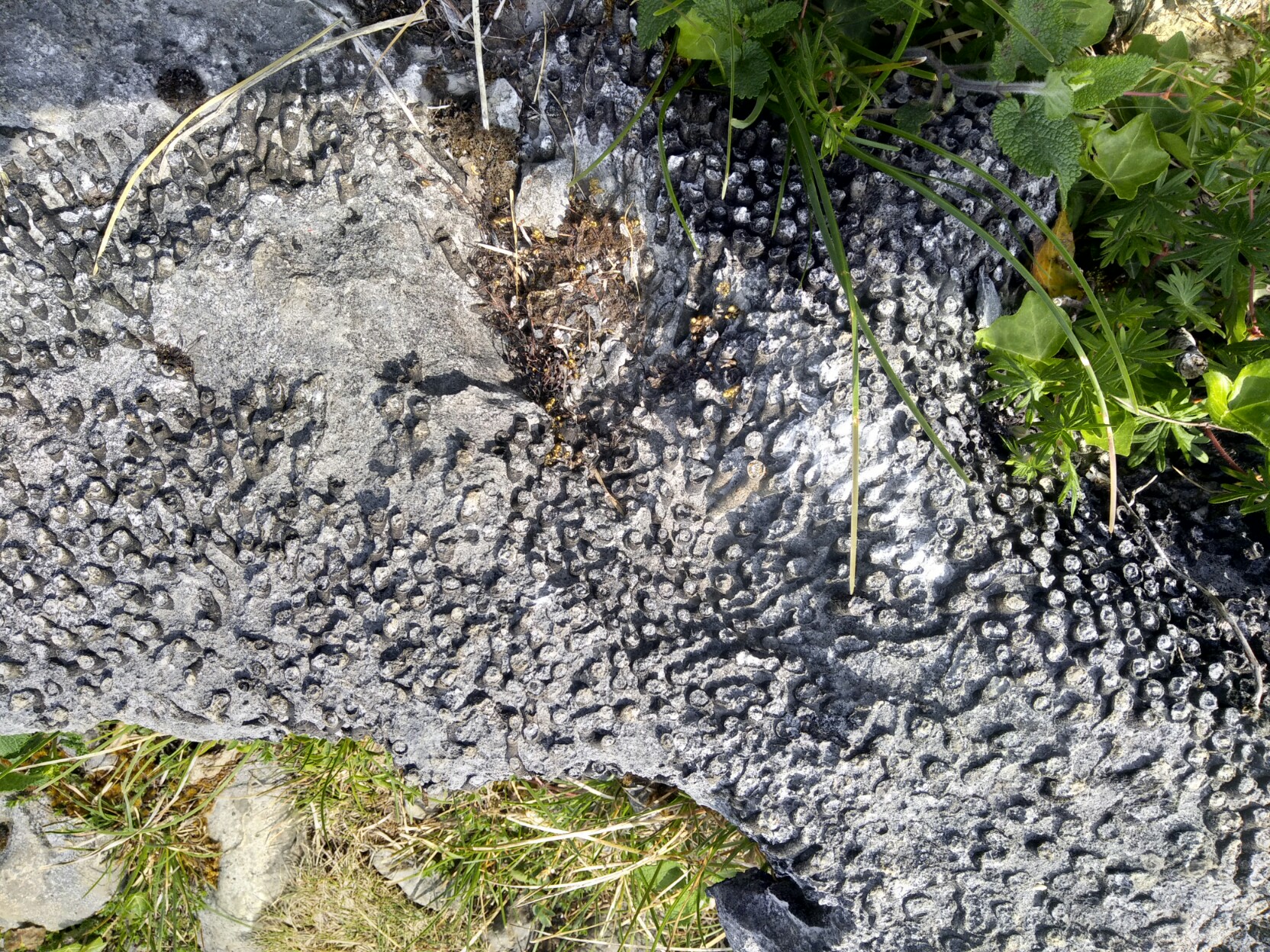 Back down of the karst through meadow and little more woodland and, somehow that mile or so walk took about 90+ minutes. Mind you it's hot now, up to 24° so we hear.

The orange walk is almost the same distance but through thick mossy covered woodland. Deep, spongy moss covers the trees

Tolkien was a regular visitor to The Burren and it's easy to imagine Middle-Earth being conceived here. The cover doesn't seem to provide many new species of flora but the fact that primroses are still in bloom (albeit at the end) shows my optimism for fly orchids was totally unfounded - must be much too early. However we did stumble on a nice colony of twayblades.

If you want to know the rest of the flora visit Liz's blog But the one thing in abundance was frogs. Little ones were everywhere. Everywhere you walked the grass would zing as a frog hopped off. Some didn't even bother, just staying on the stone path, warming themselves as we ambled past. I've never seen so many.

We whipped round the orange route in well less than an hour. Now if it wasn't so hot it's only another mile up the road to Glanquin Farmhouse. You may not know of Glanquin but you may well have seen it and would recognise it as where Father Ted lives. But, feck, it's just too hot.

Back to the campsite mid-afternoon. Liz gets chance to do the final load of washing whilst I try to plan the next two weeks. Current plan would have us trying to drive round the Dingle on Saturday and, at least part of the Ring Of Kerry on Sunday. It'll be bad enough on any weekend but the weather is set to be glorious and it's an Irish Bank Holiday. Methinks somewhere less congested might be good!

Moving on from Corofin we stop just down the road in Ennis, the county town of Clare. Wonderful narrow streets and local shops. We've come for the county museum though because it has

A good night's sleep, surprisingly quiet at the pub but then things were winding down when we left. First port of call is the magnificent Cliffs Of Moher. What can be more uplifting