To keep the peace, the peace lines, peace walls were erected to separate rival communities. The one along the Crumlin Road came down as recently as 2016 but many still remain and not just in Belfast. However the most famous one is the division between the Falls and the Shankhill Road. It's now considered a peace wall and after Bill Clinton signed it the custom has been for all tourists to do similar. Sadly the urge to leave your scrawl has been done via without respect for the underlying artwork and so the wall itself isn't tremendously photogenic. 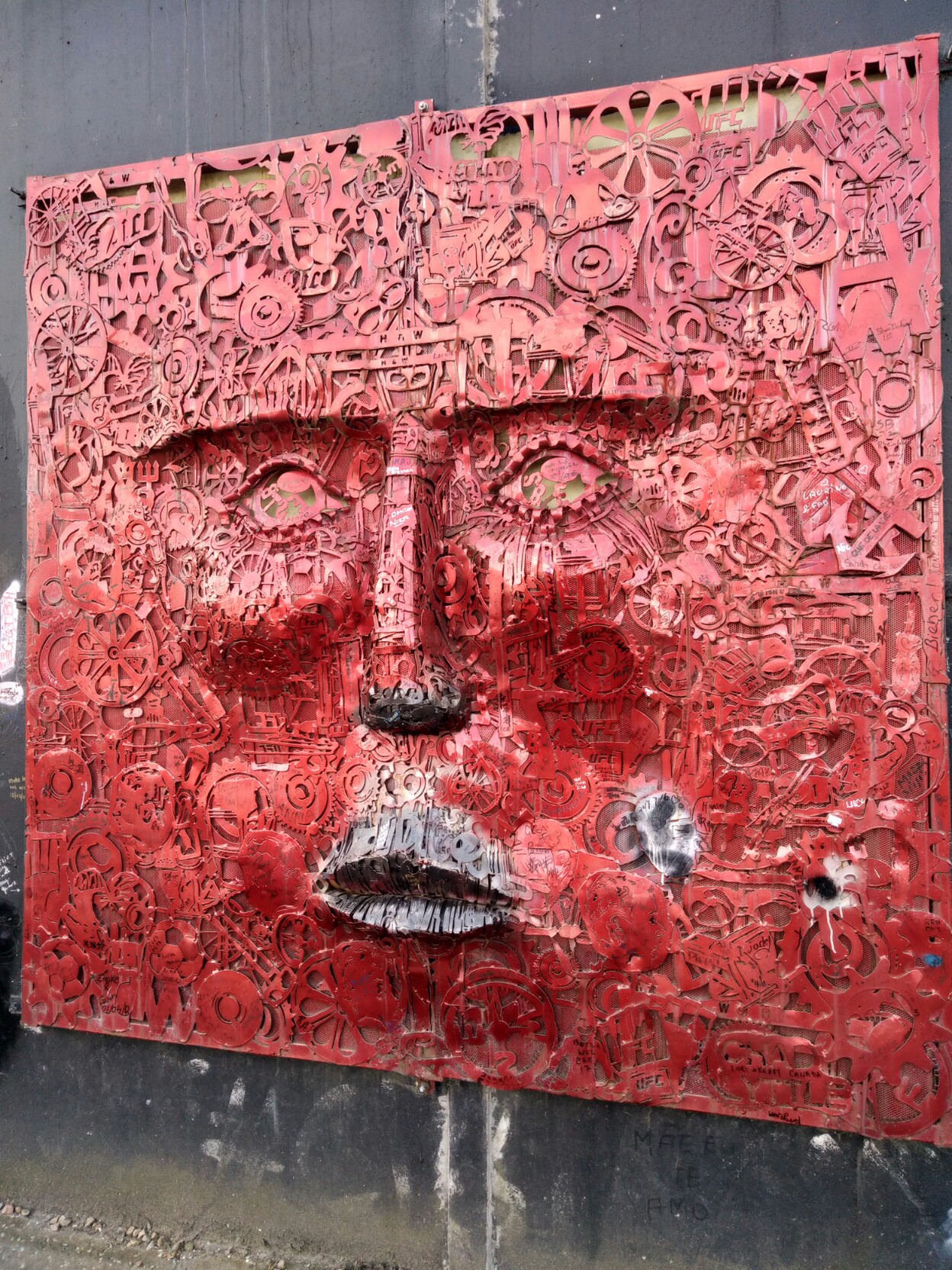 Although at 25' or so it is both imposing and impressive 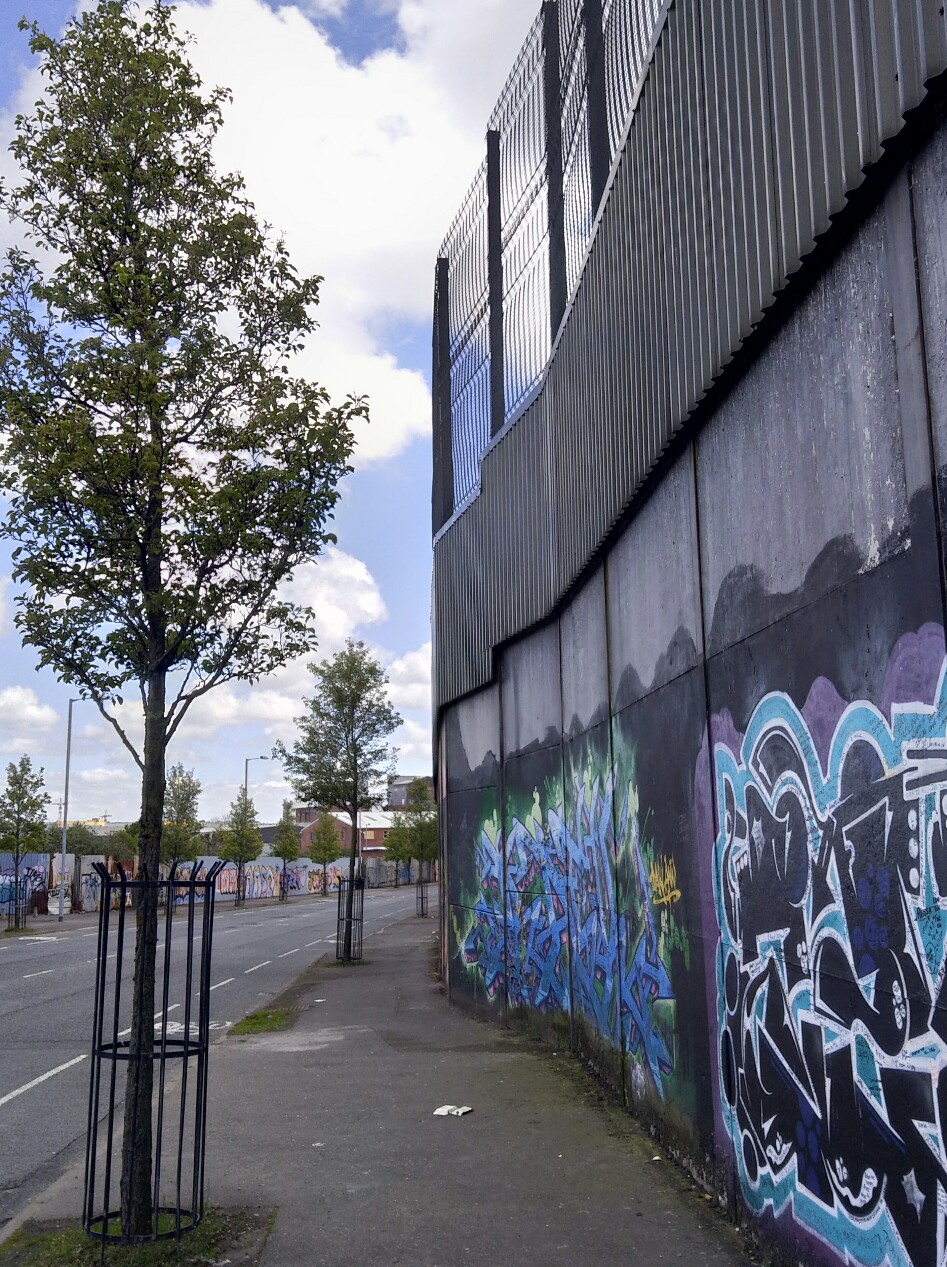 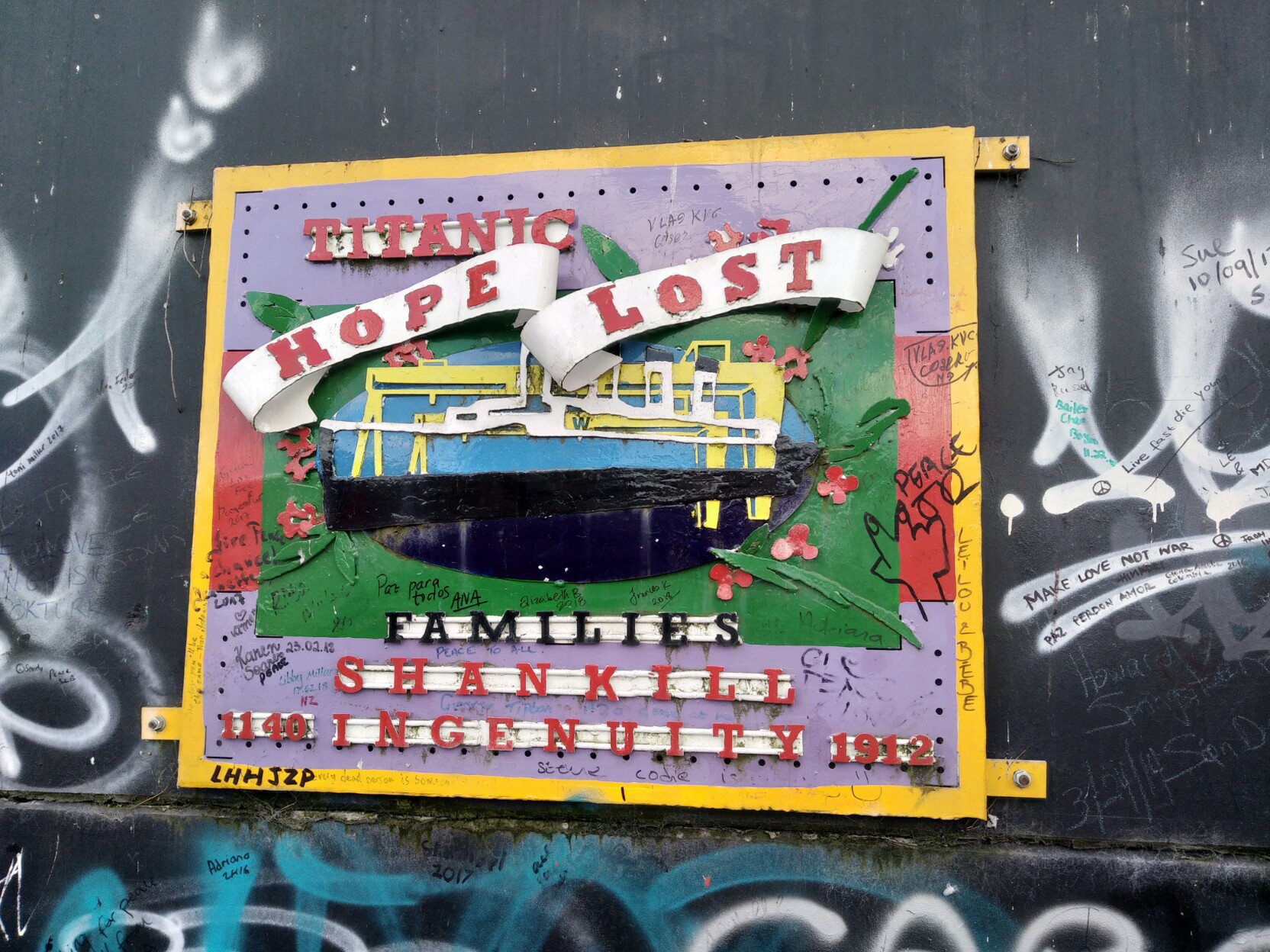 The wall is gated, two gates about 20m apart with a short of no-man's land in-between 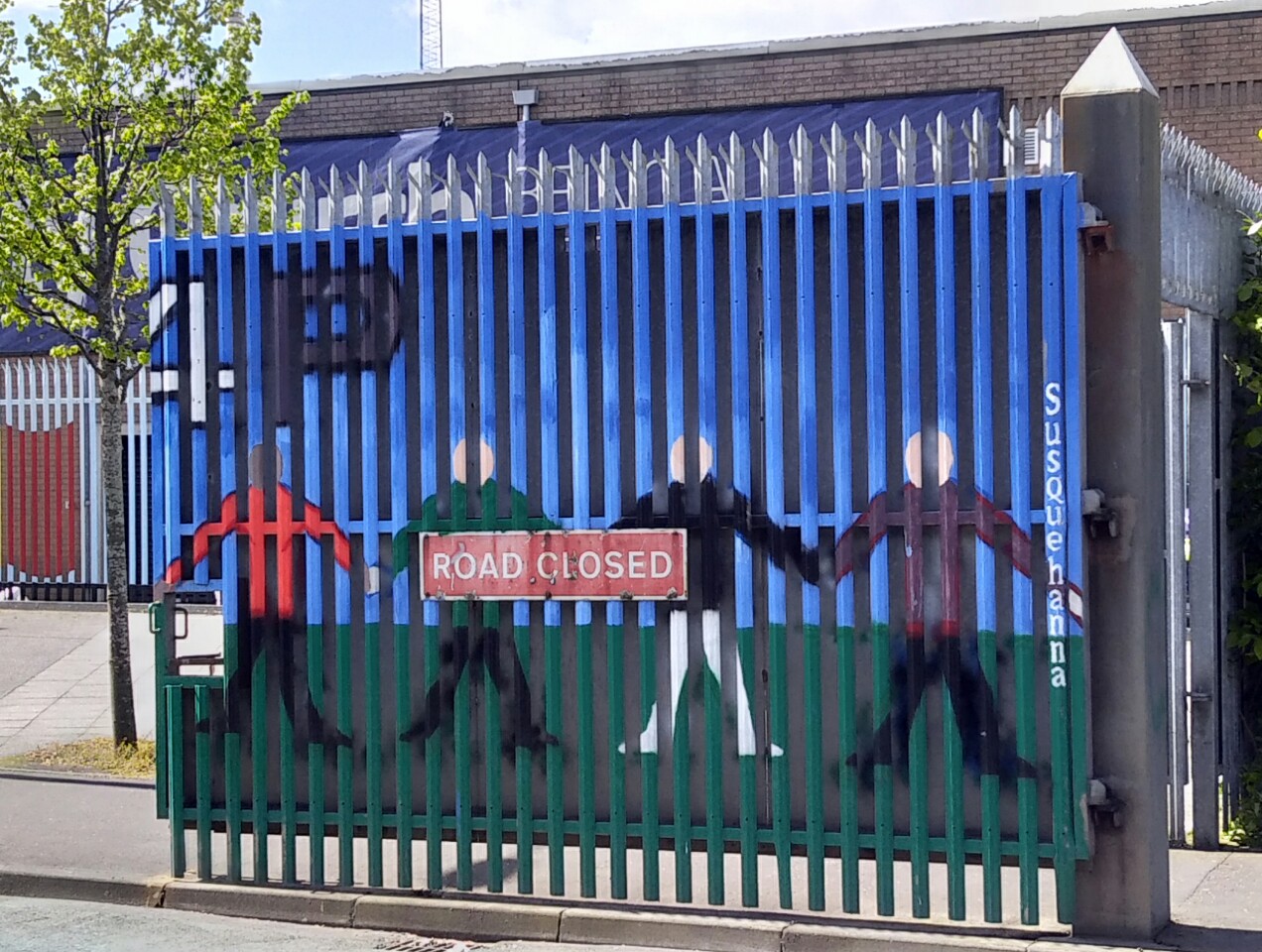 The international wall pays homage to struggles worldwide. Interestingly most of the murals seem to be on the republican side 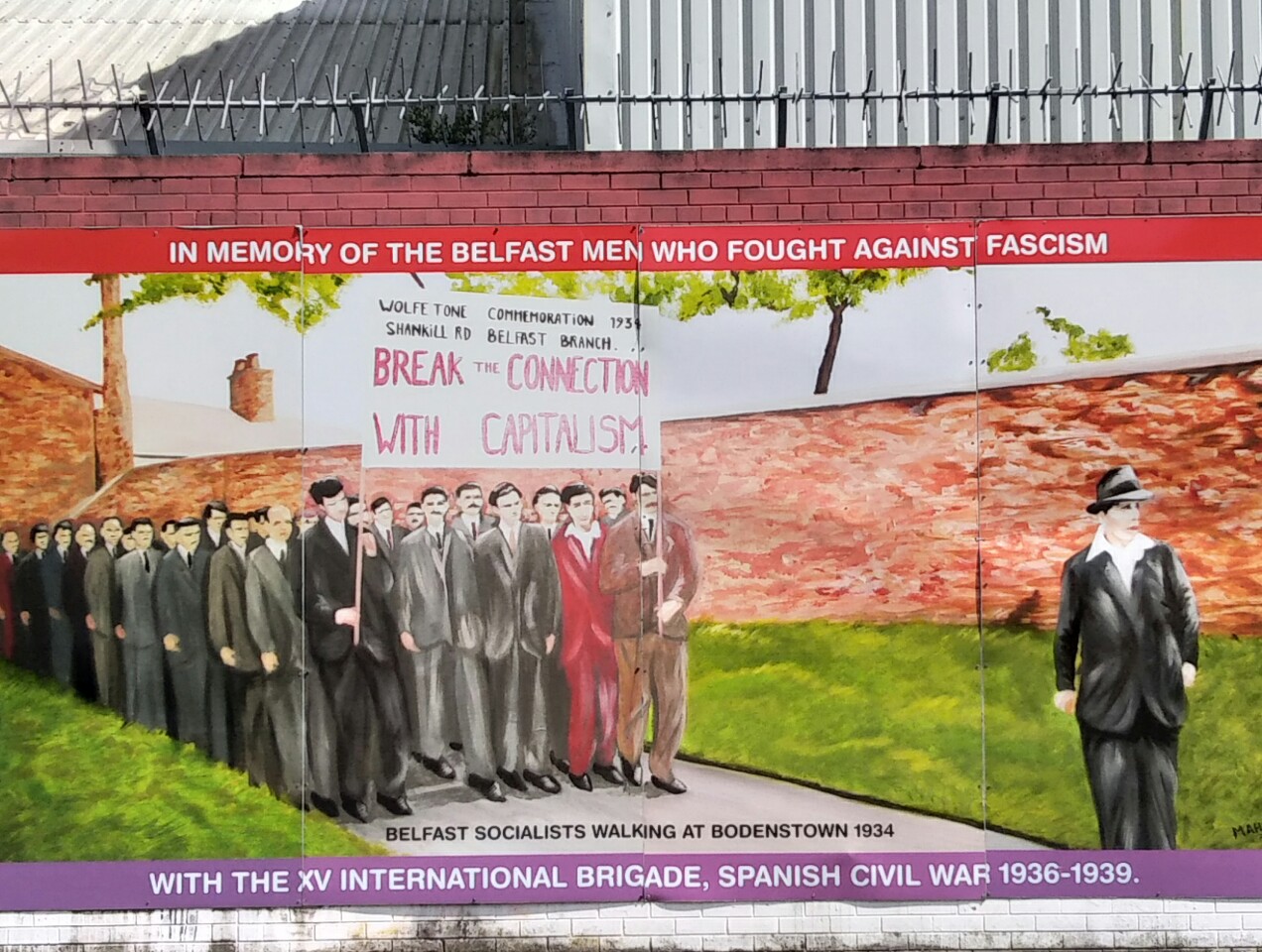 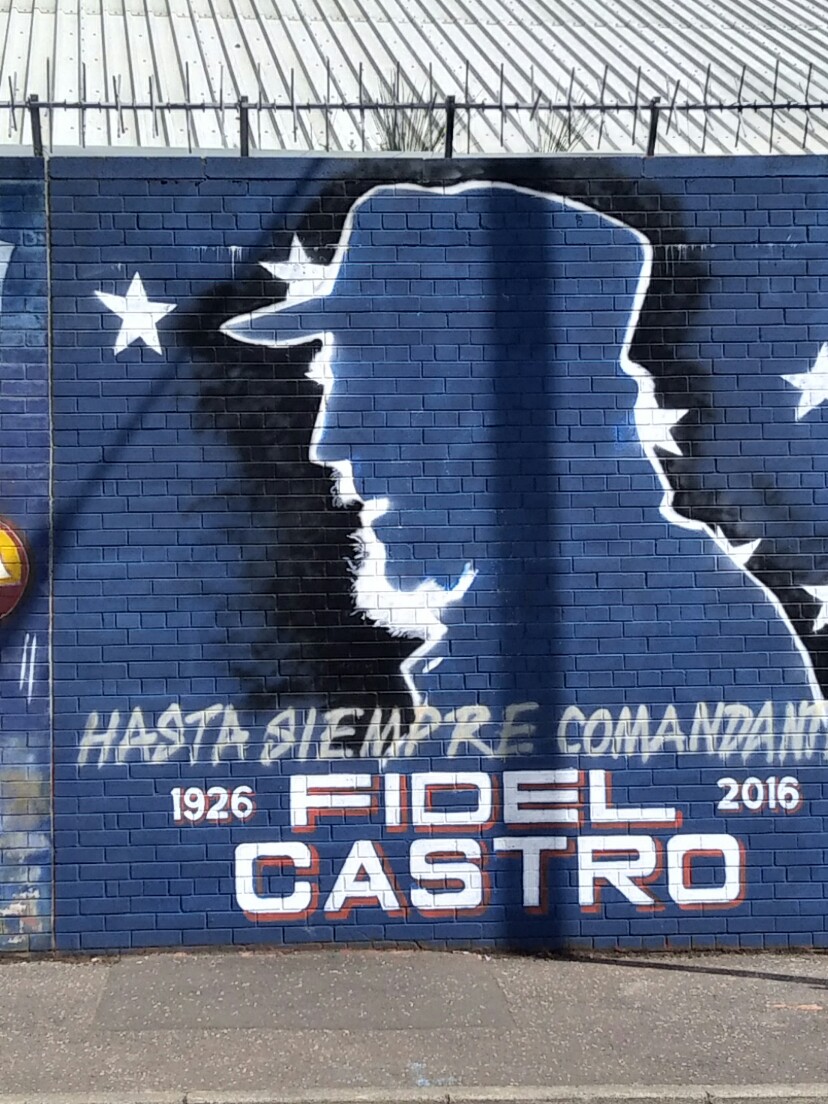 And even the global struggle against planetary warming Mind you, when the republicans came out on the side of the Palestinians with these murals So, it still appears that tit-for tat political gainsay is being practiced. I don't know if I should read anything into the fact that the loyalist Shankhill had far more murals dedicated to their cause whilst conversely the republican Falls had far more entries featuring world-wide political struggles.

Whatever, it does suggest that those youngsters, many not yet teens when I watched them on the BBC news throwing bricks at soldiers or neighbours with expressions of such hate that children should never know etched firmly on their faces, are now middle-aged and still have a long way to go before those childhood memories are forgotten.

The walls may not be needed today and may be there just to add another tourist attraction to the city. But take away the walls and I suspect you'll still find a deep divide.

Whatever your thoughts, political or religious views, let us all hope that the current government has the wisdom to understand the potential fragility of The Good Friday Agreement when trying to resolve the somewhat knotty problem (and there's a understatement) of the Irish border and Brexit.

My great-grandad Thomas Walter King was one of two master-at-arms on the ship and perished in that fateful night in April 2012. God Rest His and all the other Souls Belfast has not

We all saw the violence that erupted on the Belfast streets in the 70s, 80s and in into the 90s. Some may even have been touched by it closer to home as IRA