Not sure what to write today. A soft morning. 'Soft' being Irish-speak for raining steadily but not actually pouring down. And cold too, surprisingly cold. So we didn't get out of bed until 10 and then tatted around the van, reading or doing craft until the need for lunch drove us out.

It's a 25 minute walk into downtown Kilkenny. There's a nice scenic route asking the river or the more boring road. We elected for road, simply because we weren't sure whether the river route might be unpaved and so potentially quite muddy.

It drizzled almost all the way. Still, not too long before the castle and the craftshops that have sprung up around its courtyard hove into sight. Some craftshops were the usual upmarket tourist stuff, not the Guinness tat but nice Aran sweaters, Donegal Tweed rugs, glassware, pottery etc. Not us though. Then there were some design studios and a gallery showcasing some local artists. Now here was some nice stuff. Much out of our price range but much of the fabric was reasonable. I nicked a couple of ideas for future loom projects - this weave for one: 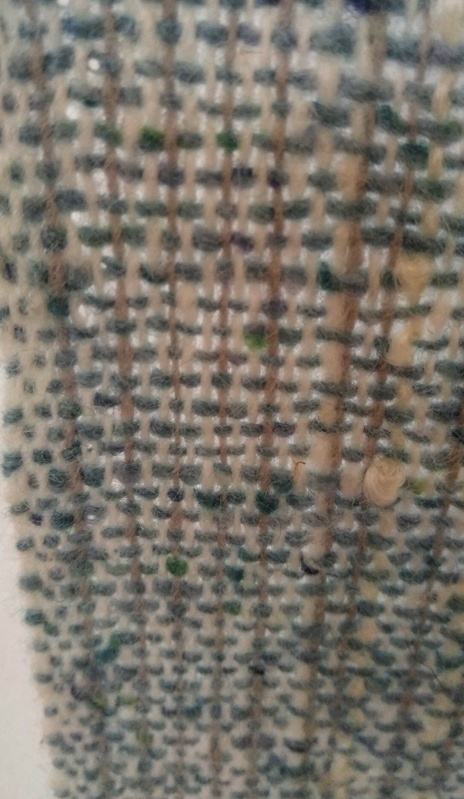 On into town and the tourist information to try and discover the real craic as opposed to the Simon and Garfunkel covers given a Celtic gloss for tourists. Helpful and not only confirmed my choices of craft beer bars but suggested a couple of others.

Across the road, this reminded us we were in Ireland 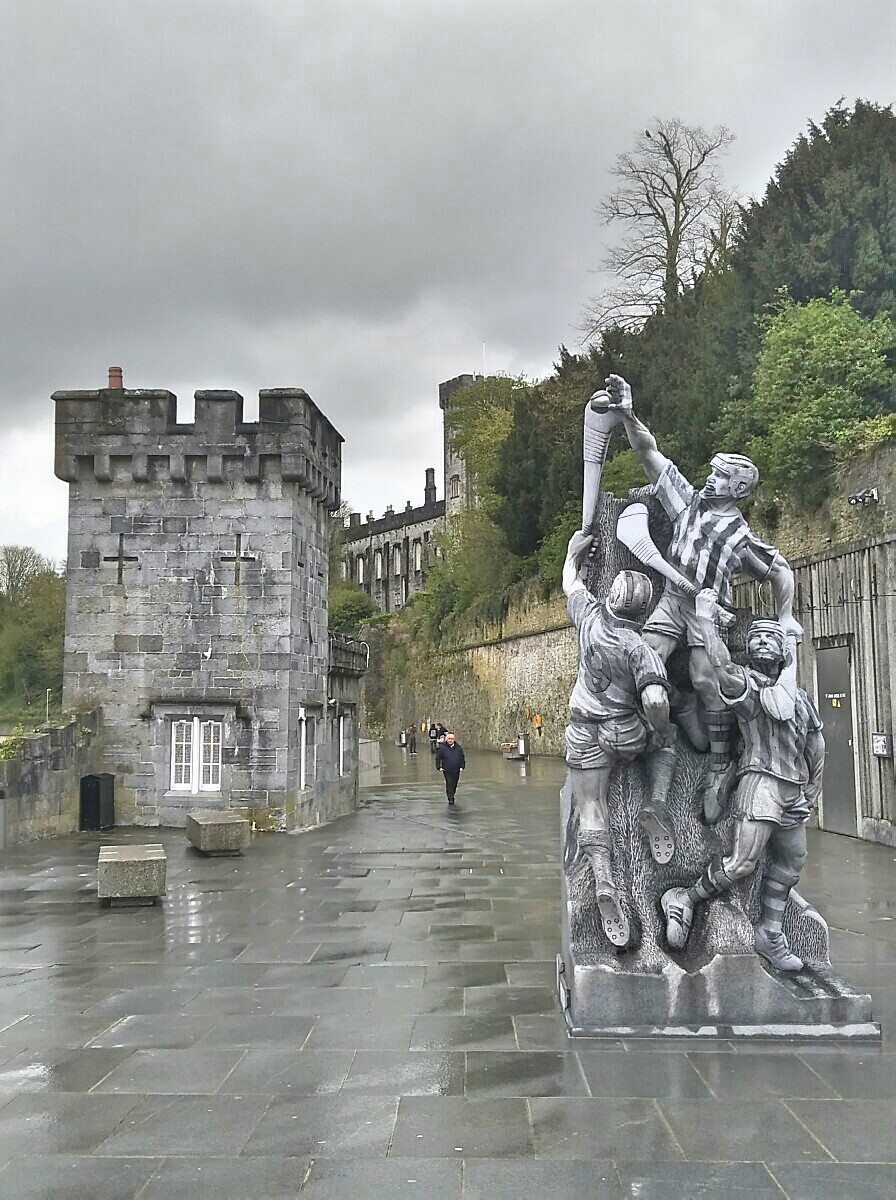 A mooch around the shops and we are wearying. It was Liz who suggested the need for a sit down and a pint. The Brewery Corner, tap for the local Carlow based O'Haras beers seemed a good choice. Now had the been a notice saying their extra stout was 6% abv then we may not have started with that! Still we then had to try their ordinary stout (a mere 4.3%), especially since they have a loyalty card and 7 pints =1 free. We're over half way there! Time to move on though but not before trying just a wee taste of the White Hag Black Boar Imperial stout - at 10.2% a little much for an afternoon session. Also Liz had the photo of us, taken by a very friendly local. We could easily have stayed and chatted.

But the rain had stopped so a walk around the outskirts of town and time for tea. Now there are two breweries in Kilkenny - the famous Smithick's and the lesser know Sullivan's, between them Ireland's largest beer producers back in the 17th century. Bitter rivals and legend has it that Sullivan lost his brewery in a bet. So Smithick's thrived without competition and became Ireland's largest non-stout brewery until taken over by Guinness (well, Diageo really) and it's brewing operation moved to Dublin a few years ago. With it no longer operating, guess what?, its old rival started a new small brewery in 2013 and has gone on to become fairly famous for its red beer. You can guess where all this preamble is leading. Dinner was at Sullivan's. An excellent pizza and the pint wasn't bad either. I liked the DIY plumbing floor lights 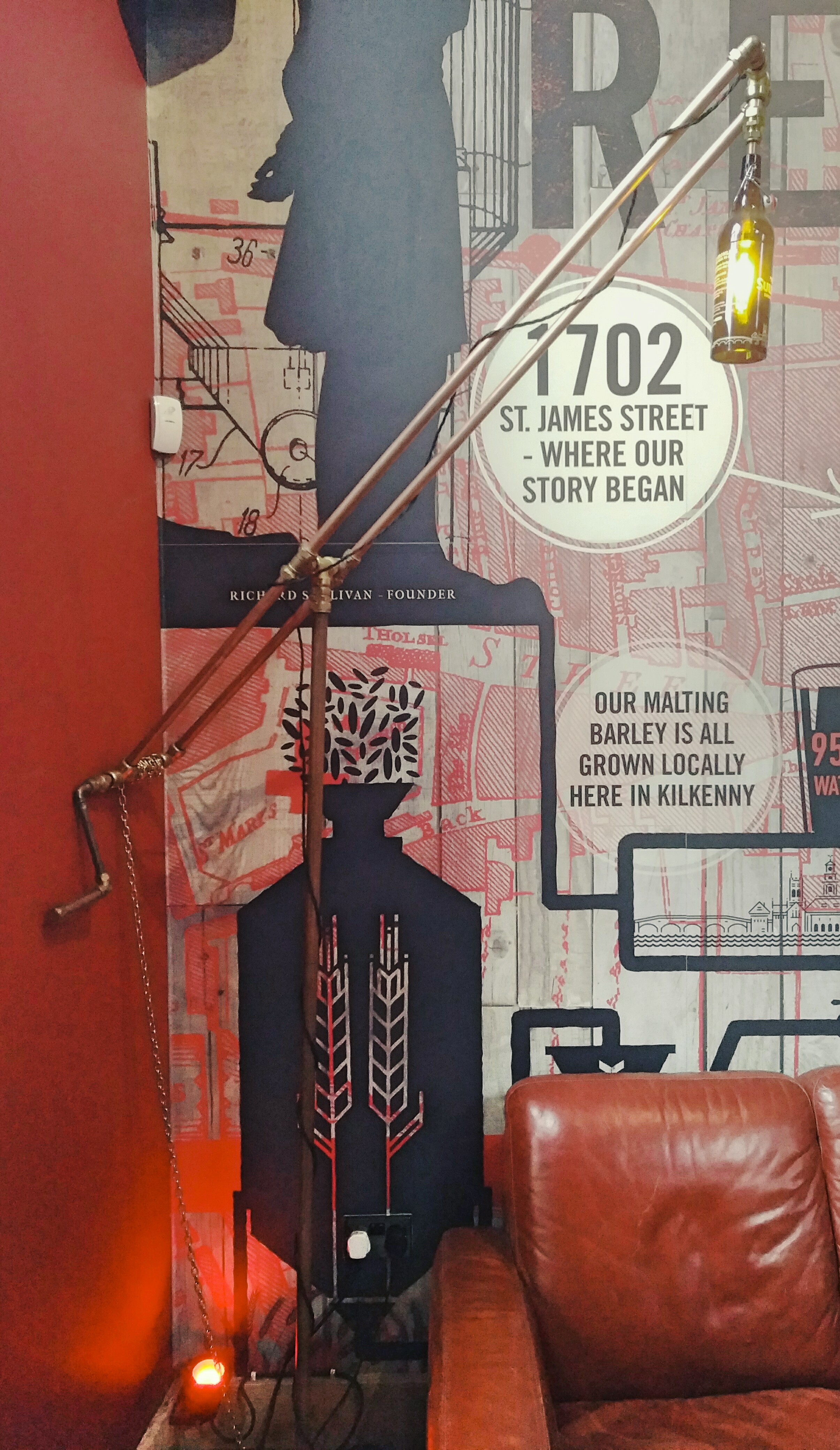 On to Kyester's - Ireland's oldest bar so it claims. High prices and American tourists took the edge of a passable banjo, guitar and bodhram session.

By now it's nearly 9 and the trad session at Bollard's ought be starting soon but we are weary, Liz's cold has caused a headache all day so we wend our weary way back passing this bit of street graffiti

BTW today's title is a take on the lyrics from the sing Delerium Tremens by Ireland's national treasure Christy Moore - I have a feeling Christy may feature a few times in this blog.

Looks like we've started to hibernate. Another cold night and so another slow morning. Eventually around noon we leave the van, this time taking the scenic river route into Kilkenny. A very pleasant

To be fair, even the guys loading the ferry said we wouldn't fit! The dockside dispatcher had pulled a German campervan and then us out of the line of vans and caravans and

Two Drifters
—
Hello to the Schmiddick and the Harpic, the bottled draught and keg.
Share this