Slow starting out. Not because we were slow but because it's a Sunday and supermarket sale of alcohol is prohibited before 12:30. Tesco has a bottle of whiskey we want to bring home on offer (which runs out tomorrow I think). Trouble is we can't even see if Cashel Tesco stocks this brand, the entire booze aisle is cordoned off until the allotted hour. Success, a bottle of Connemara is ours.

We're on an almost circular 53 mile loop today to visit the tiny hamlet of Ahenny before tonight's campsite. 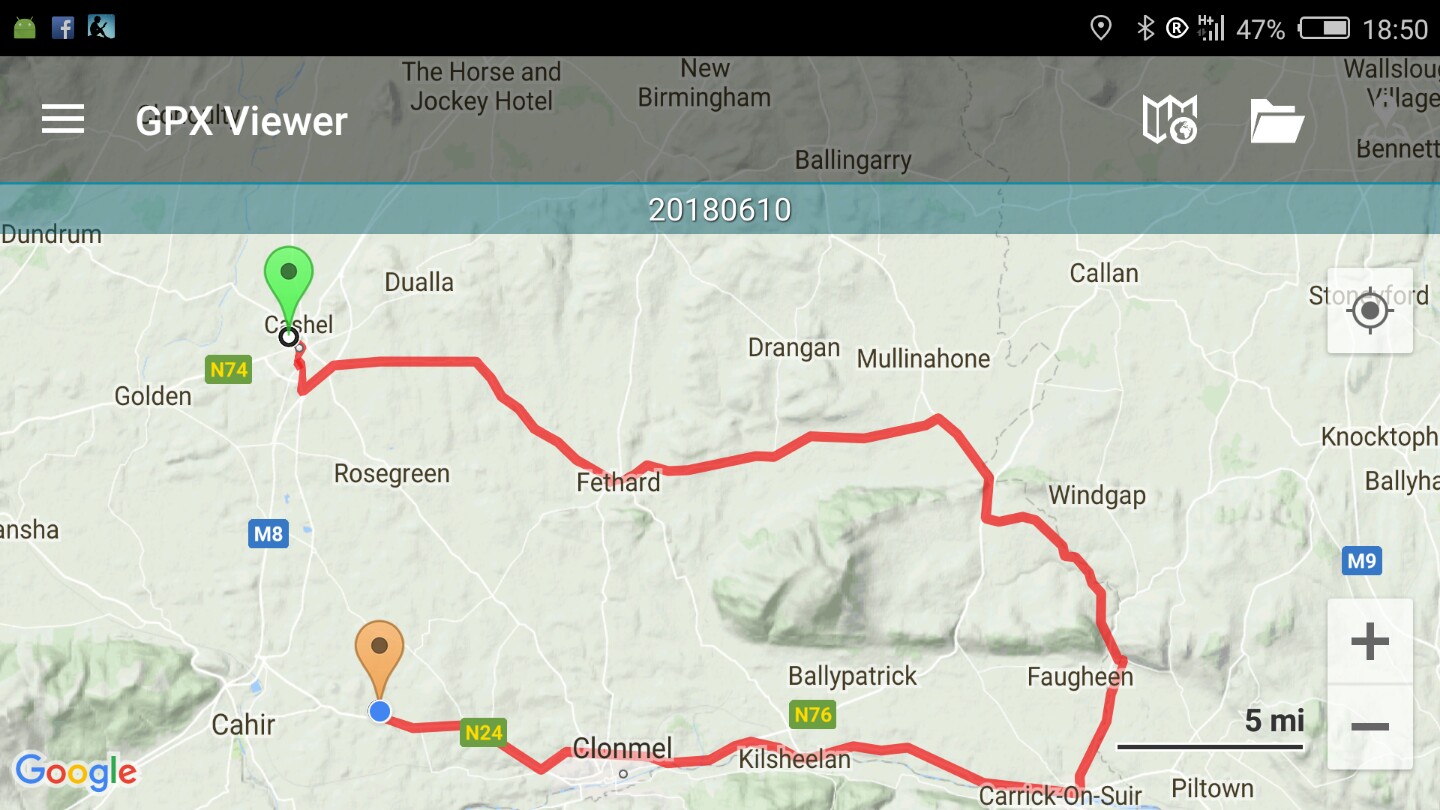 But, just as we pull into the small town of Fethard we notice a lot of cars parked up. Wonder what's on. Yes, at last, on the very last Sunday in Ireland we find a car boot sale! Thanks to the delay in Tesco's it's on its last legs but still worth a mooch. Maybe not. Never seen so much abject tat! Perhaps if some of it has been sorted out then maybe something of interest might have appeared. There were still 50 or so stalls left, but what a mess. It's an old market or something so many stalls are permanent, shut up all week until on Sunday the public can peruse the junk behind the shutters. A couple of private mom and pop sellers were at least a little better organised with cleaner stuff but I suspect we missed the best sellers. Still one stall had 3 Disney Classics in its DVD collection at €1 each but sadly none that I still need. Anticipating an empty handed return I rummage through some CDs and find The Chieftains, Sharon Shannon and Luka Bloom discs at 50c each. That'll do!

Satnav is very hit and miss here in Ireland and quite often we are following wide, fairly main roads and the satnav has us in the midst of nowhere. Looking at the map I thought there was no easy access to Ahenny from the north or west and knowing the satnav was missing so many roads I'd assumed we'd skirt round on the main roads and come in on a half a mile or so of small road from the east. Oh no, today the satnav excels itself and succeeds where Frobisher failed - it found the elusive Northwest Passage. About 5 miles of single track, grass up the middle, totally screwed if anything is coming the other way roads. Now you might think that I'd avoid such roads, but these were built with the cunning of an eel trap, a nice wide road at the junction, white line even and then slowly, almost imperceptibly narrowing until, when you realise you're on a rutted single track without passing places there's no turning back.

Luckily we were the only vehicles. The roads having been long abandoned by the locals. And at last the track opened up and there was the Ahenny sign. You might be wondering why we would be venturing into the midst of nowhere like this. Some pictures 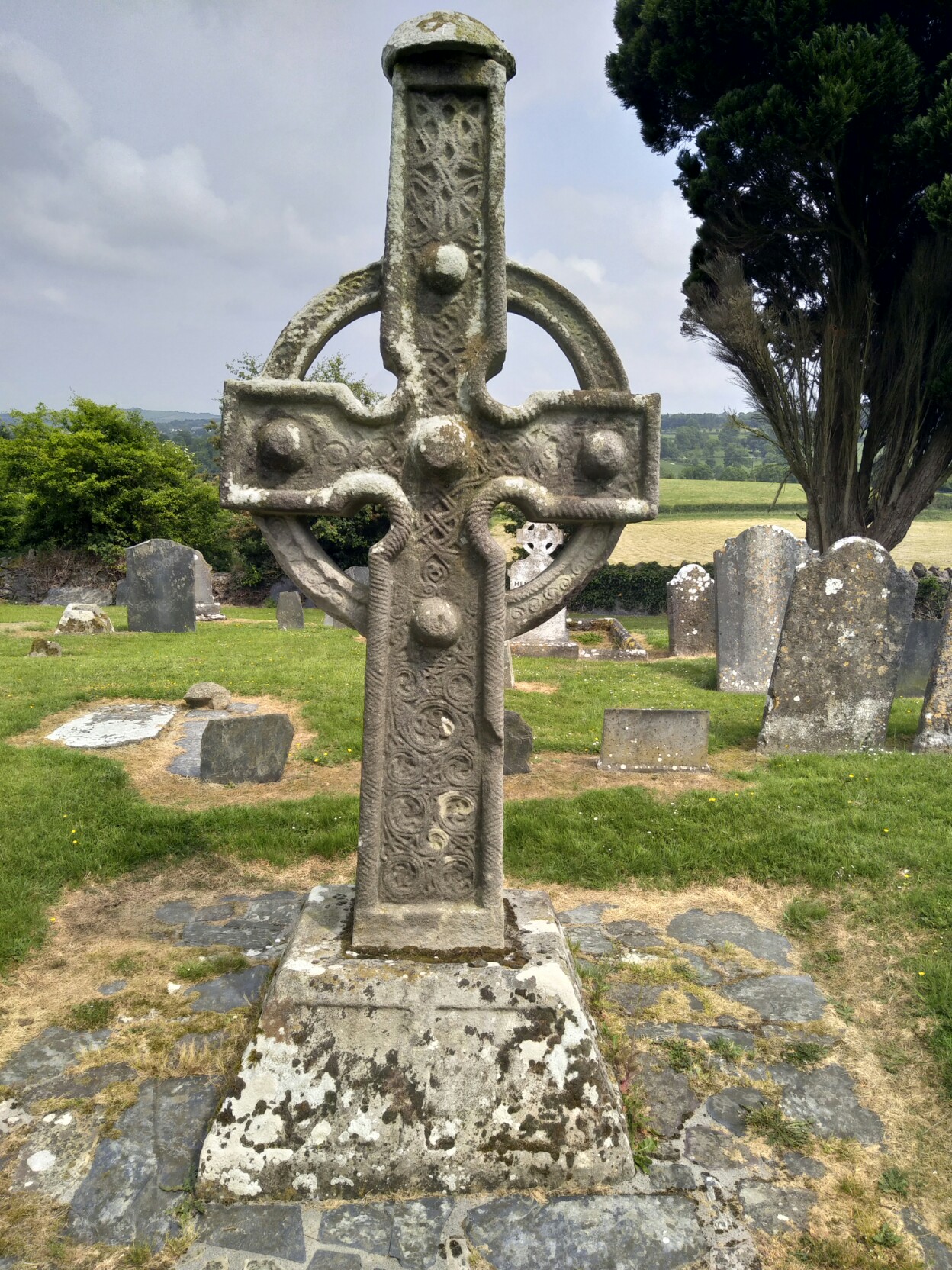 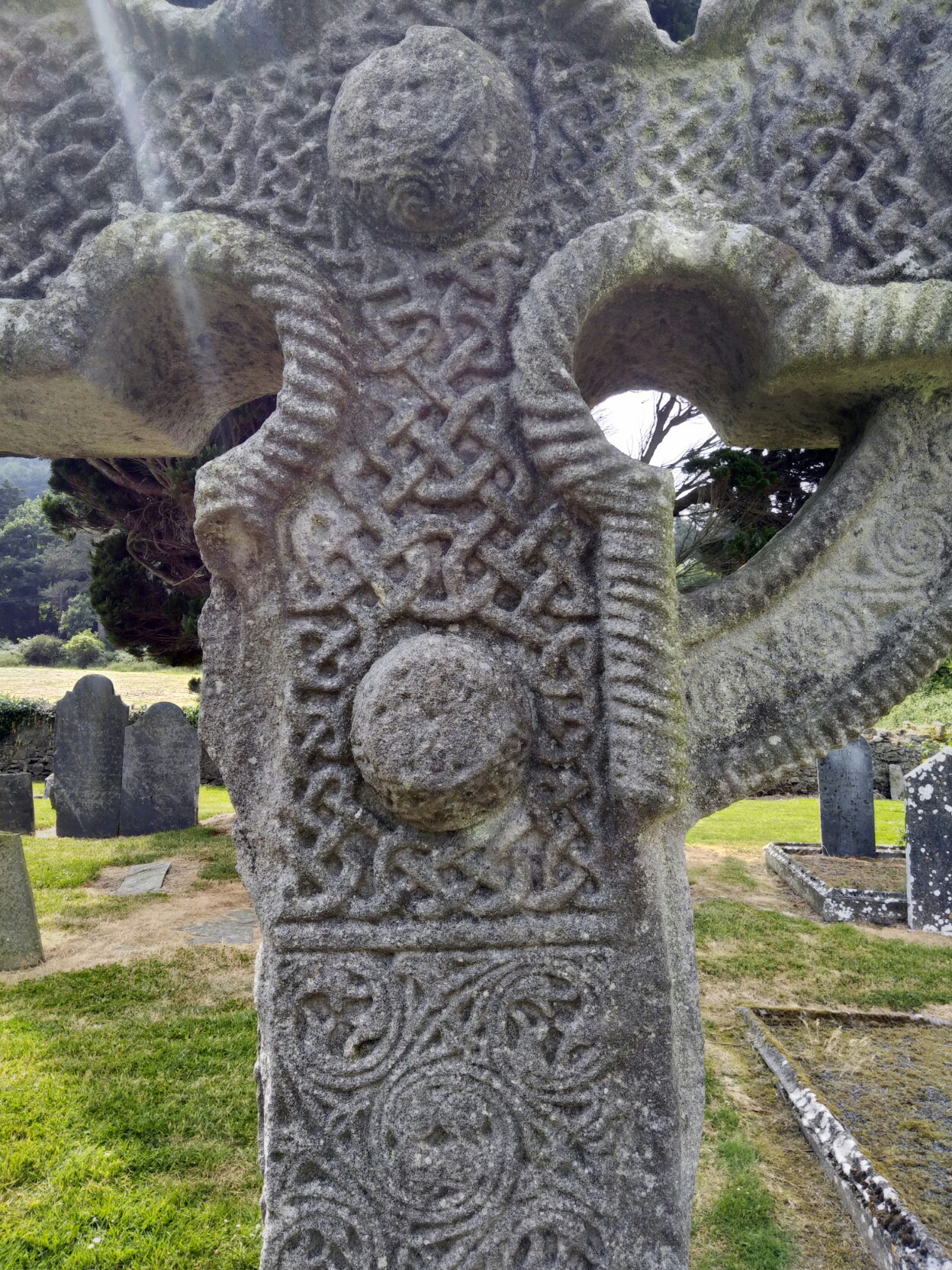 Ahenny has the the two best of the oldest group of Celtic High Crosses in all of Ireland. These remarkable melding of the Christian tradition with the pagan Celtic artwork are 8th/9th century and almost certainly stone replacements for even earlier wooden crosses on the site. The detail in this 1200+ year old sandstone is amazing. Just two other folks were at the site, locals having a picnic. In the course of discussion they informed me that most of the erosion had only taken place during the acid rains of the last 50 years and photos from the 1950s were significantly more detailed. The fact that modern man is destroying the world so quickly comes home when you imagine losing these phenomenal artifacts.

Our discussion also includes me being taught a lot about the area; within just a few miles there are more high crosses, a stone circle, a passage tomb similar to Newgrange and more. Definitely an area to return to.

Following directions we check out the 4 high crosses at nearby Kilkieran. In their heyday possible even more impressive 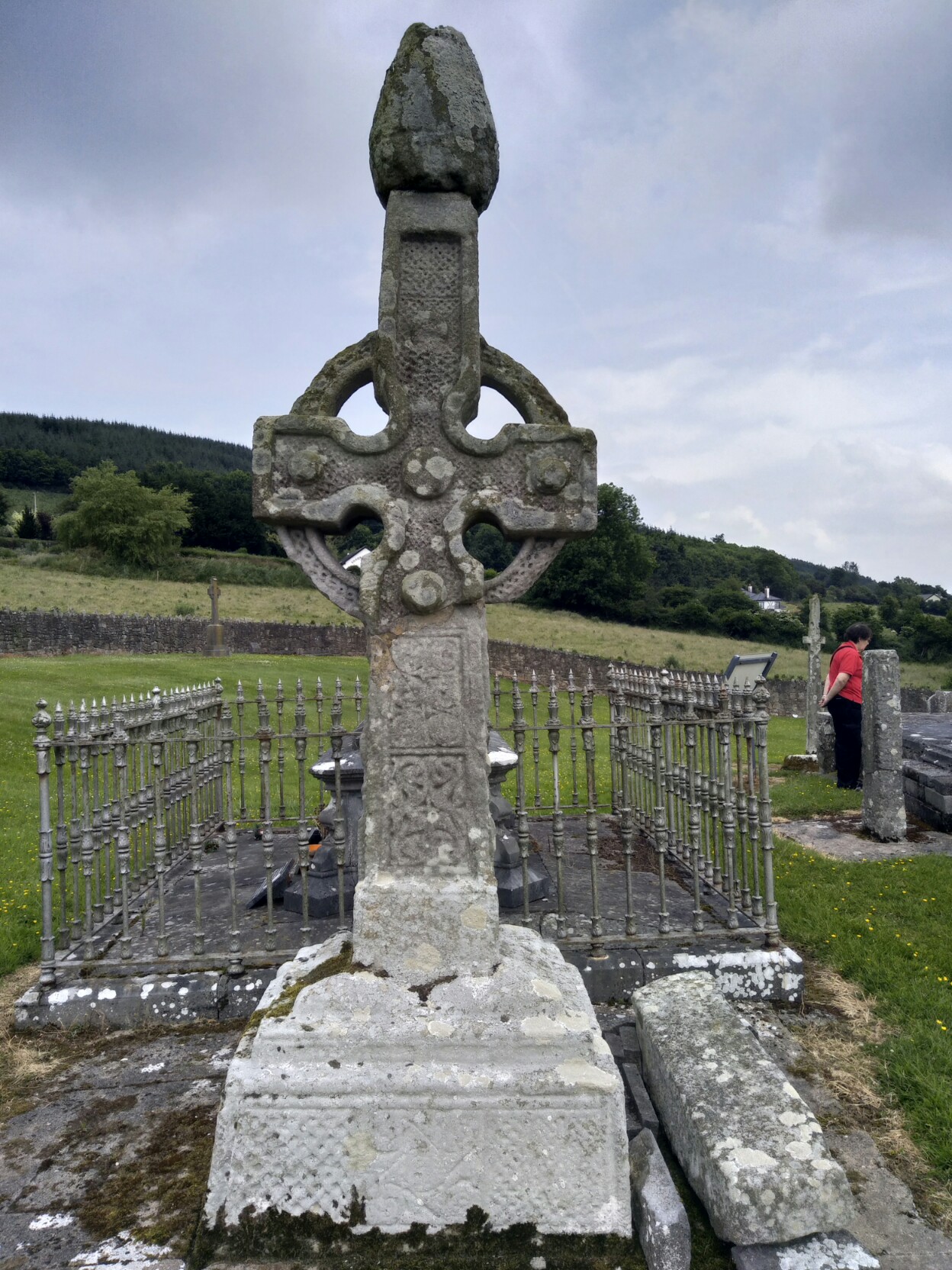 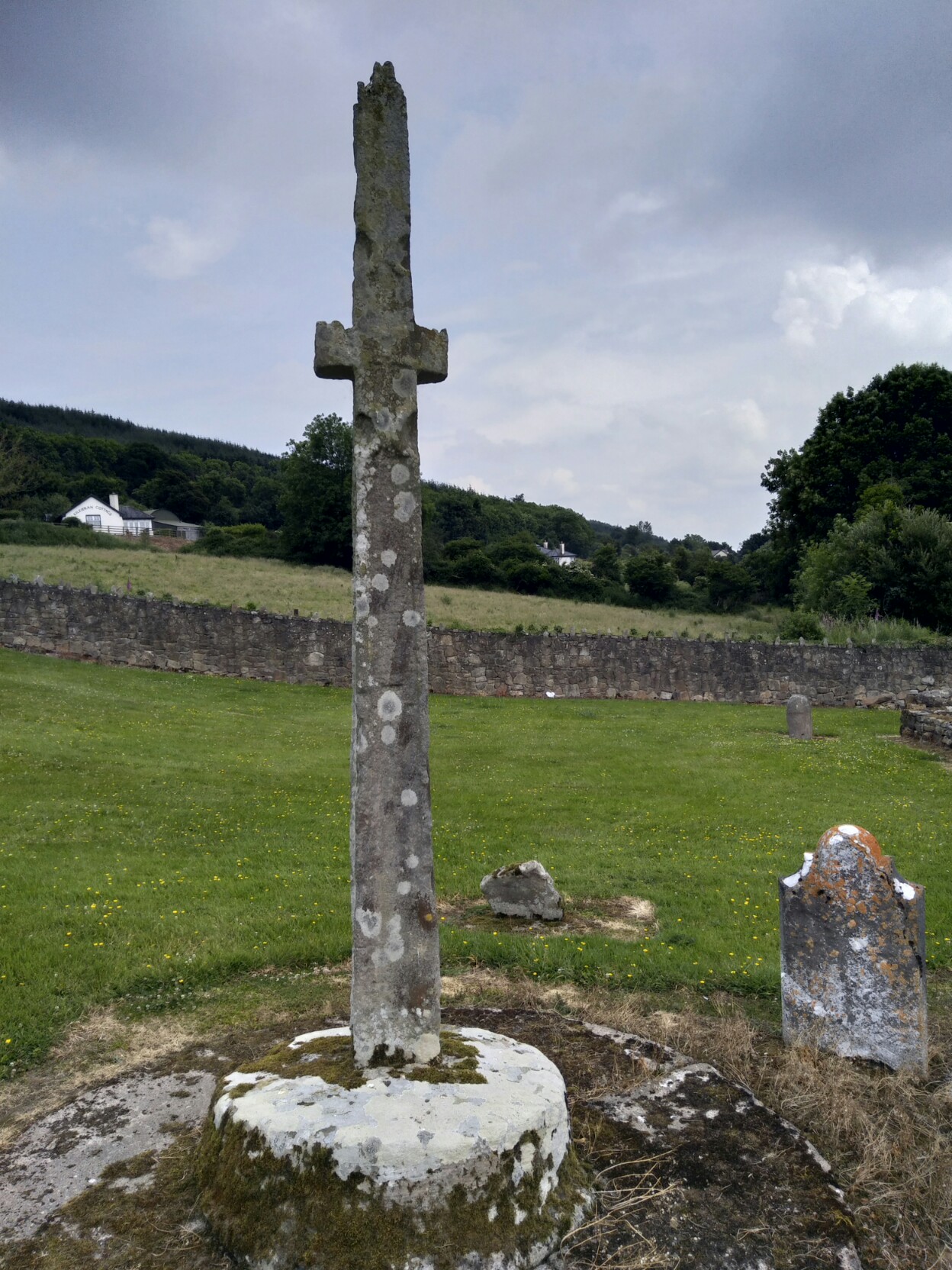 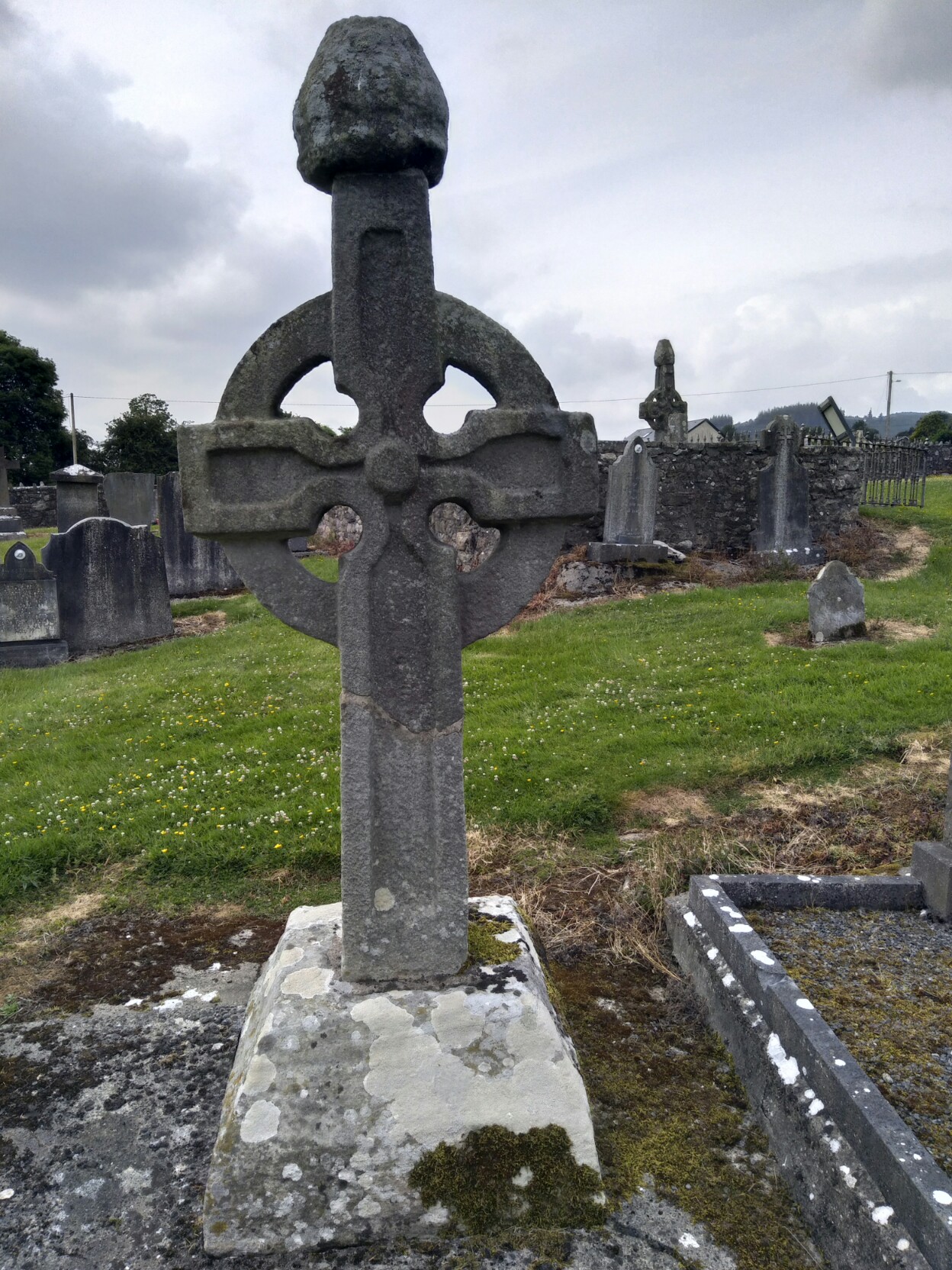 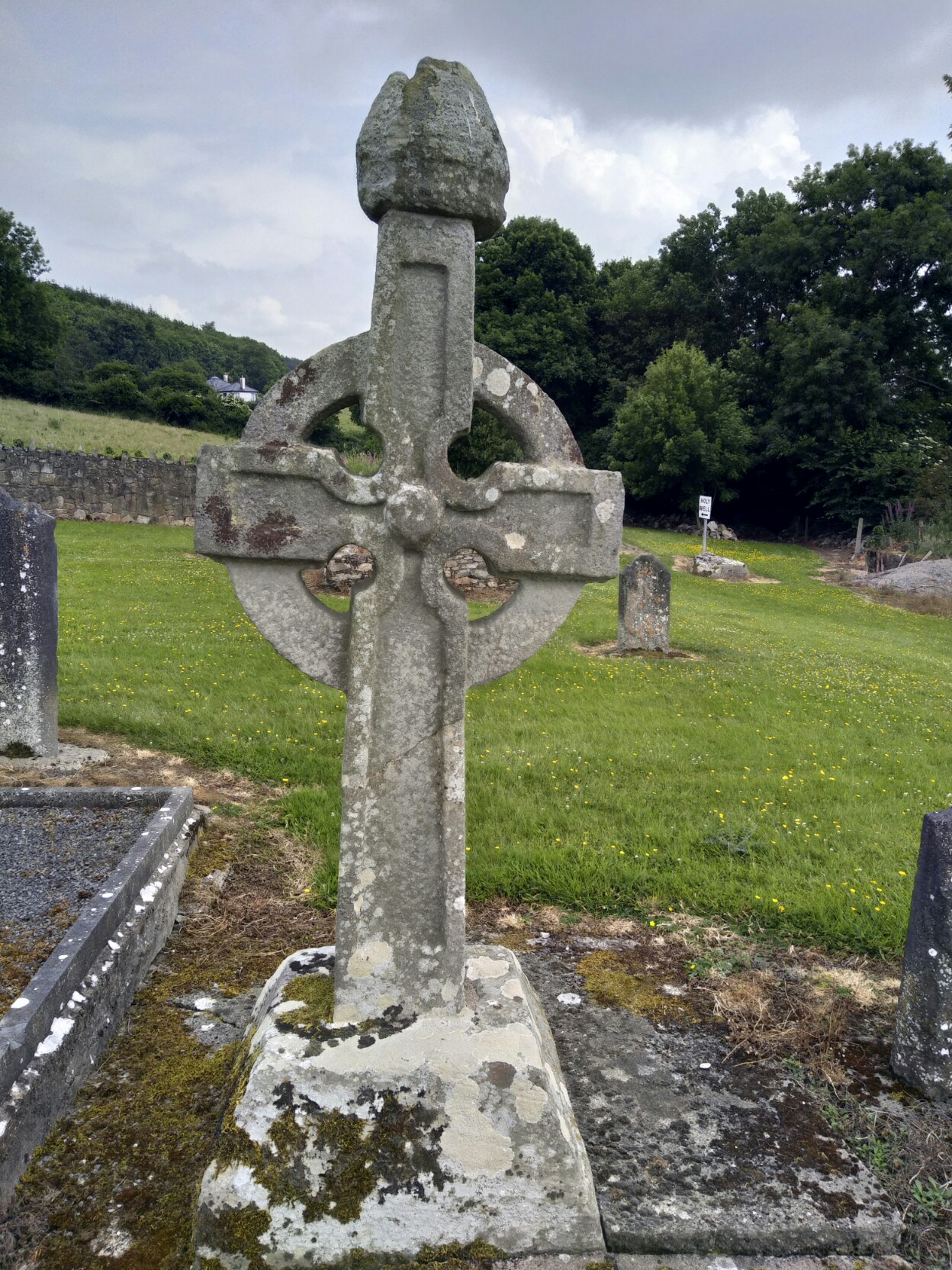 Adjacent to the site was St Kieran's well with an adjecent stone basin where the holy water could be used for curing headaches. Amazingly given the heatwave there was still water in the basin but a top-up with the provided dip cup wouldn't hurt 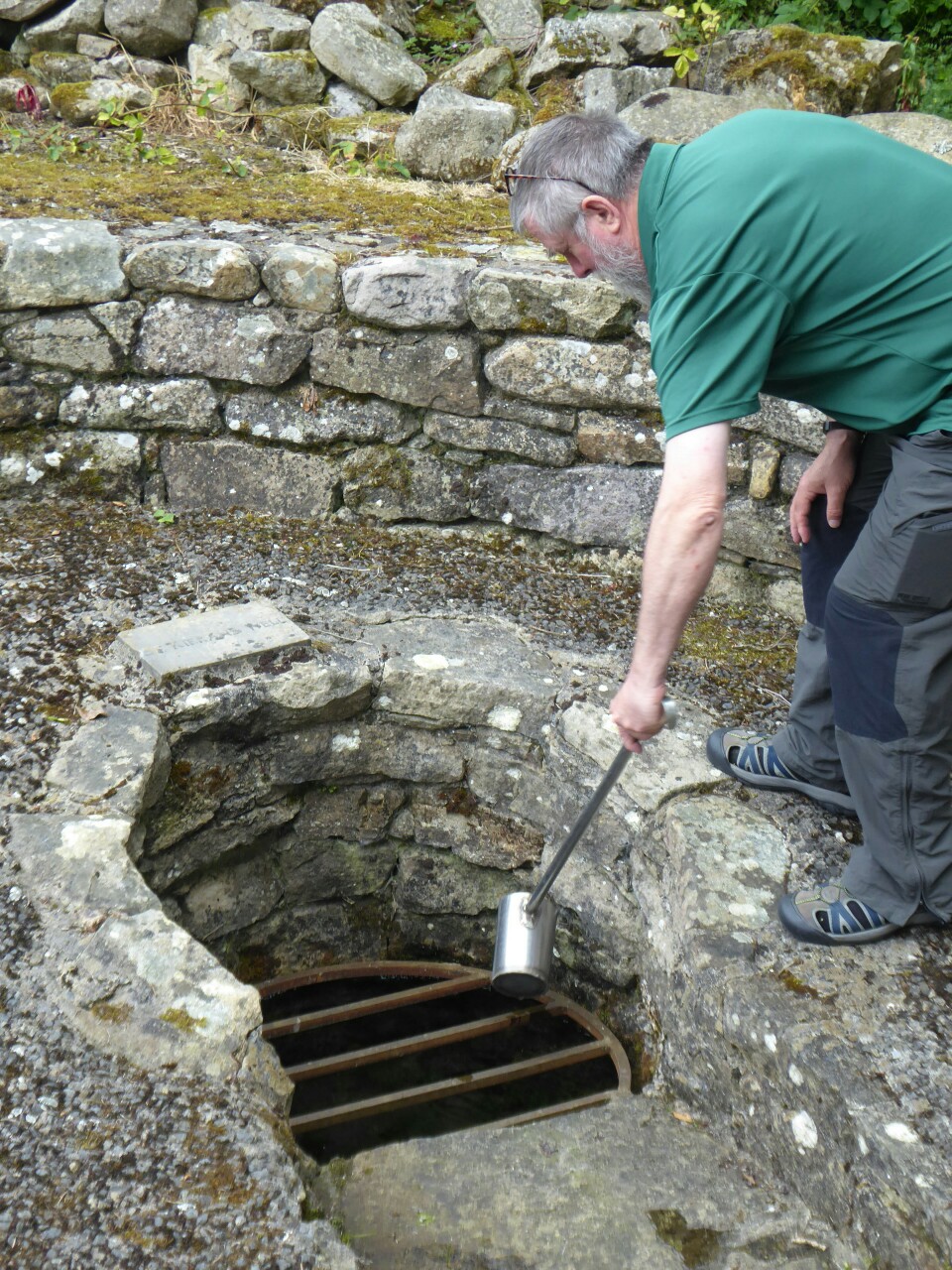 Of course, Christianity didn't just plonk it's holy sites willy-nilly. It quite sensibly found the places that people already worshiped at and subsumed them. I suspect the well predates the crosses and even Christ himself. There's a small row of standing stones on the site too. How's this for the old and the new 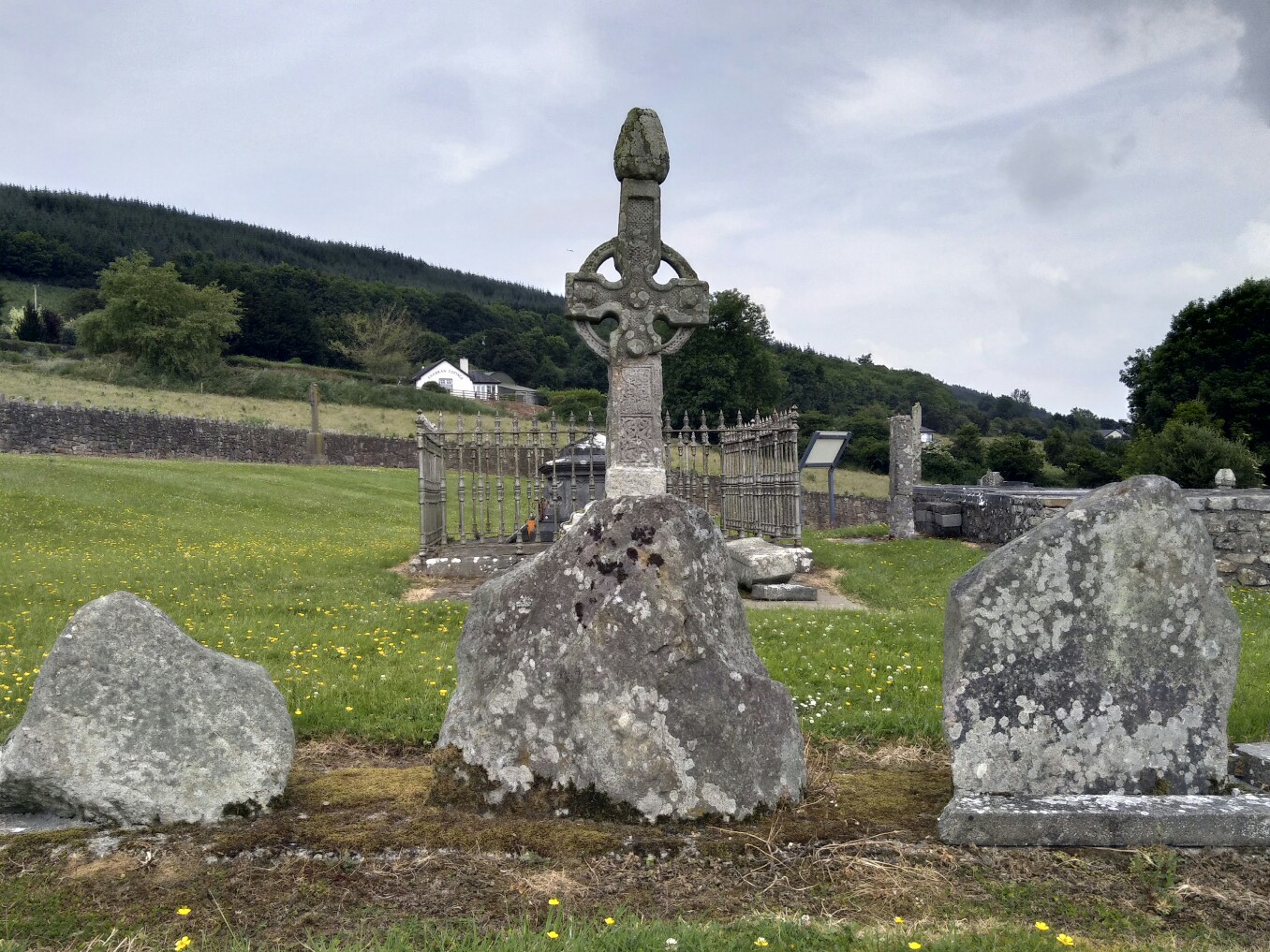 Remember, the new, in this case, is still 1200 years or more old

Tonight's campsite isn't too far away and in the midst of an apple farm. The fact that this is apple country is highlighted by the huge Bulmers/Magners plant just down the road in Clonmel. The Apple Farm (capitals because that's it's name) is a lovely site. Free bottle of apple juice, cheap camping. Basic but good facilities. Pity we're only here one night.

The Apple Farm campsite is cheap, £7 per adult and £2.50 for electric hookup. There's a washing machine (€3) and rather than expensive tumbler driers there's a couple of, free, hand mangles.

I promised yesterday I'd say more about The Rock Of Cashel. The rock itself is moderately unimpressive, a small limestone plinth about 300' high. However the surrounding countryside is flat and so the