Germany takes its Sundays seriously. All the stores, including the large department stores, in Munich city centre are closed. Even the large shopping mall down here by the messe is completely shut. Amazing!

It does mean lots of families cycling along the city streets. Parents spending time with their children, not in shops. Personally I think this is good and one of many reasons why I identify with Europe more than the consumer-driven USA (Oktoberfest highlighted another reason, 120,000 seated in the beer tents, nearly all drinking, most eating and not a disposable glass, paper plate or plastic fork in sight, even Wiesen fast food merits proper crockery and cutlery)

Another thing Munich does on Sundays is to reduce its museum admission to just €1. So we go to the Bavarian National Museum. But it's shut! No, it says it should be open but the formidable wooden doors are definitely closed. I walk up to check and as I near the door automatically swings open. I wonder how many potential customers have walked away assuming the museum closed.

Was it any good? Well we were there for 2 hours and didn't see all of it. We deliberately missed a few rooms and didn't visit the museum shop because, of course, it's Sunday and therefore closed! Many of the exhibits we eccumenical but some of the carvings were incredibly detailed. 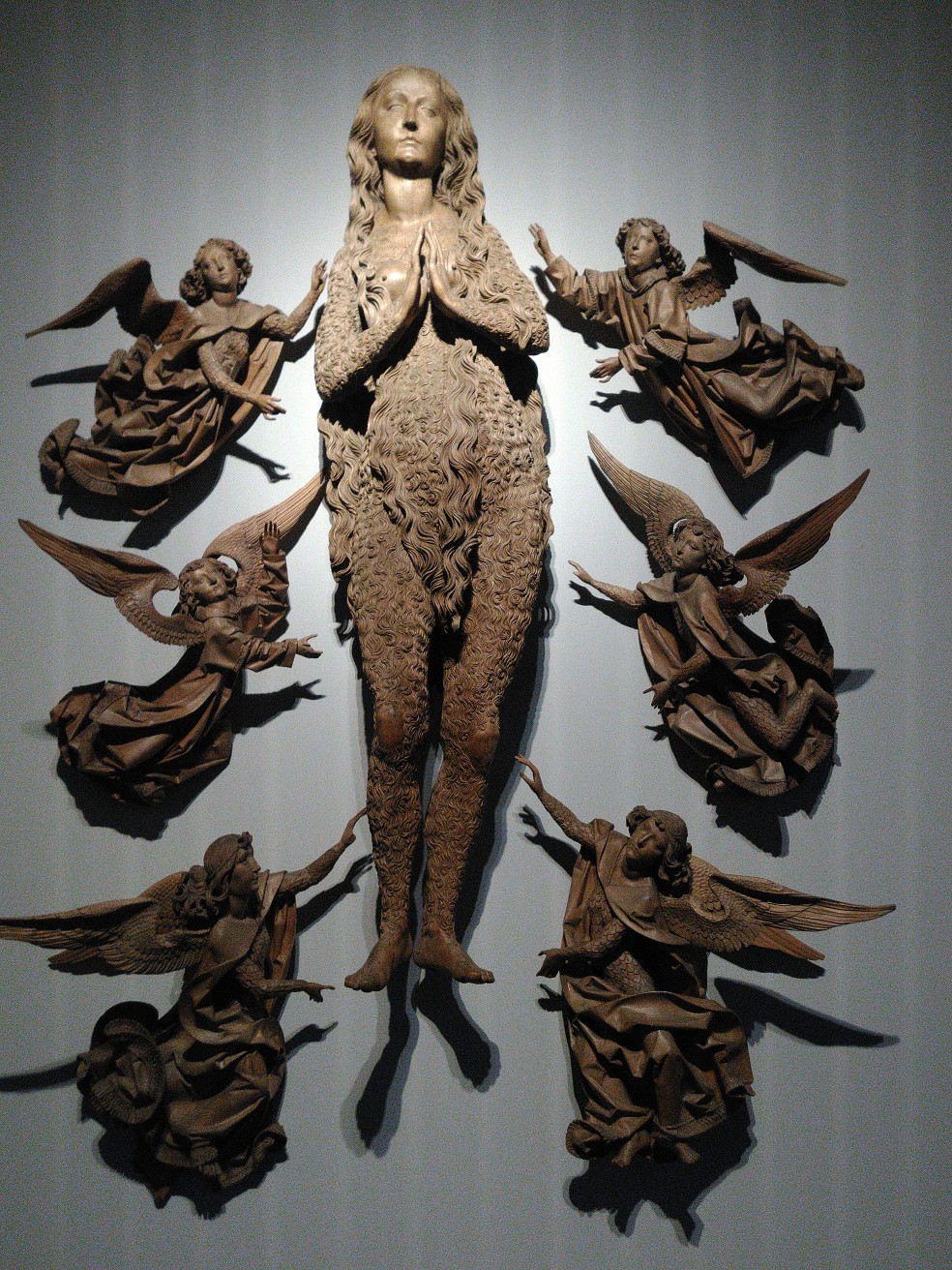 We both liked this recently restored 1270 art work

And let's face it, embroidered dragons don't get better than this 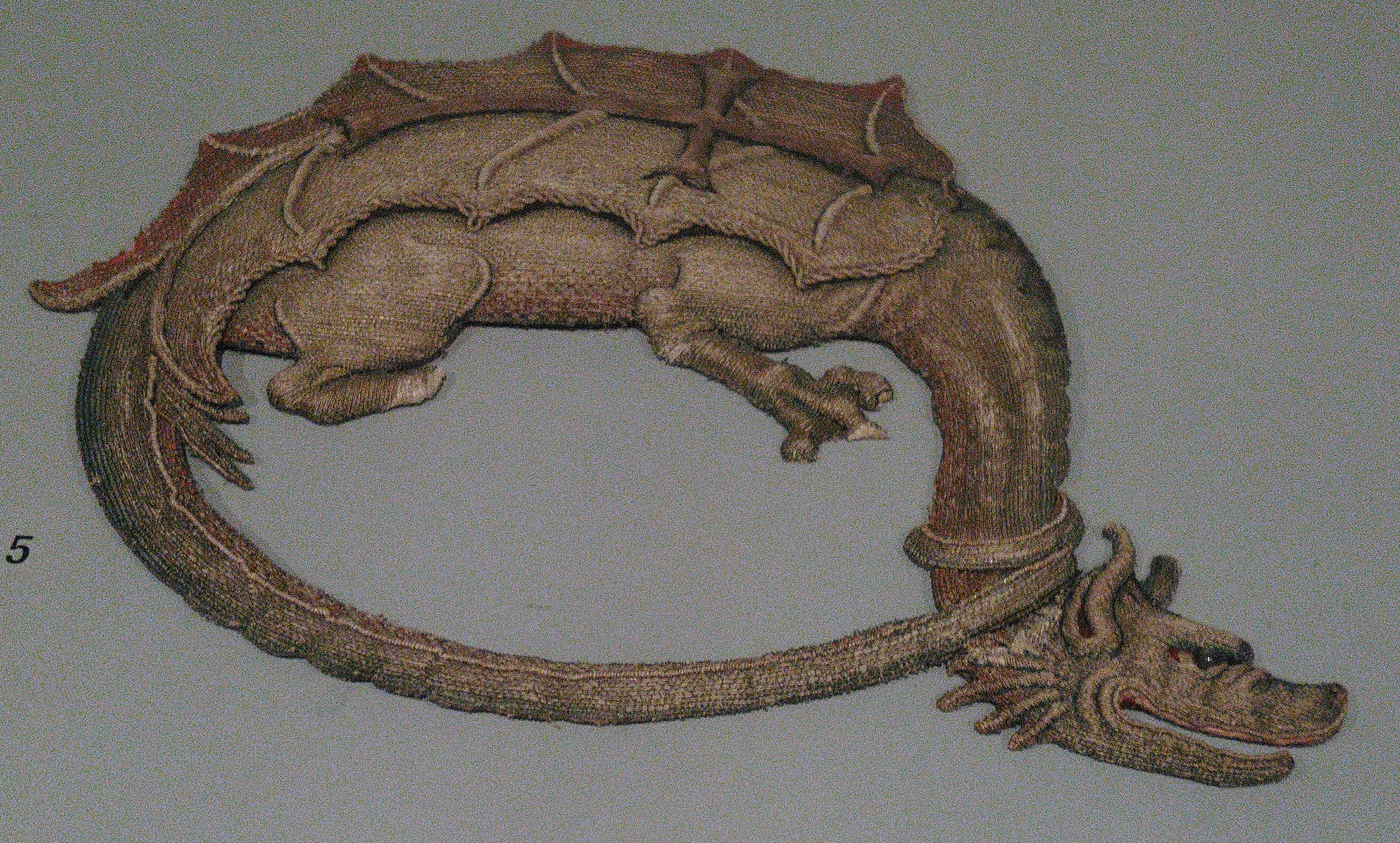 The displays of mediaeval armour and weaponry were fascinating and would have definitely enthralled bloody-thirsty youngsters chasing tales of chivalric jousts. On the other hand the Art Deco glassware was a good display despite the fact I couldn't bring the Tiffany  lamp shade home.

Time to move on, the museum happens to be next to Englischer Park, Munich's largest park and an obvious Sunday hotspot. Weirdly the park has a river system such that a wave is formed that surfers can ride. Expert surfers that is - the suggestion is that it is both far more difficult and dangerous than normal sea surfing. Surfers line up along the bank, as soon as someone is wiped out the next in line takes their turn, zigzagging across the few metres of raging river, attempting tricks before ceding to the next. 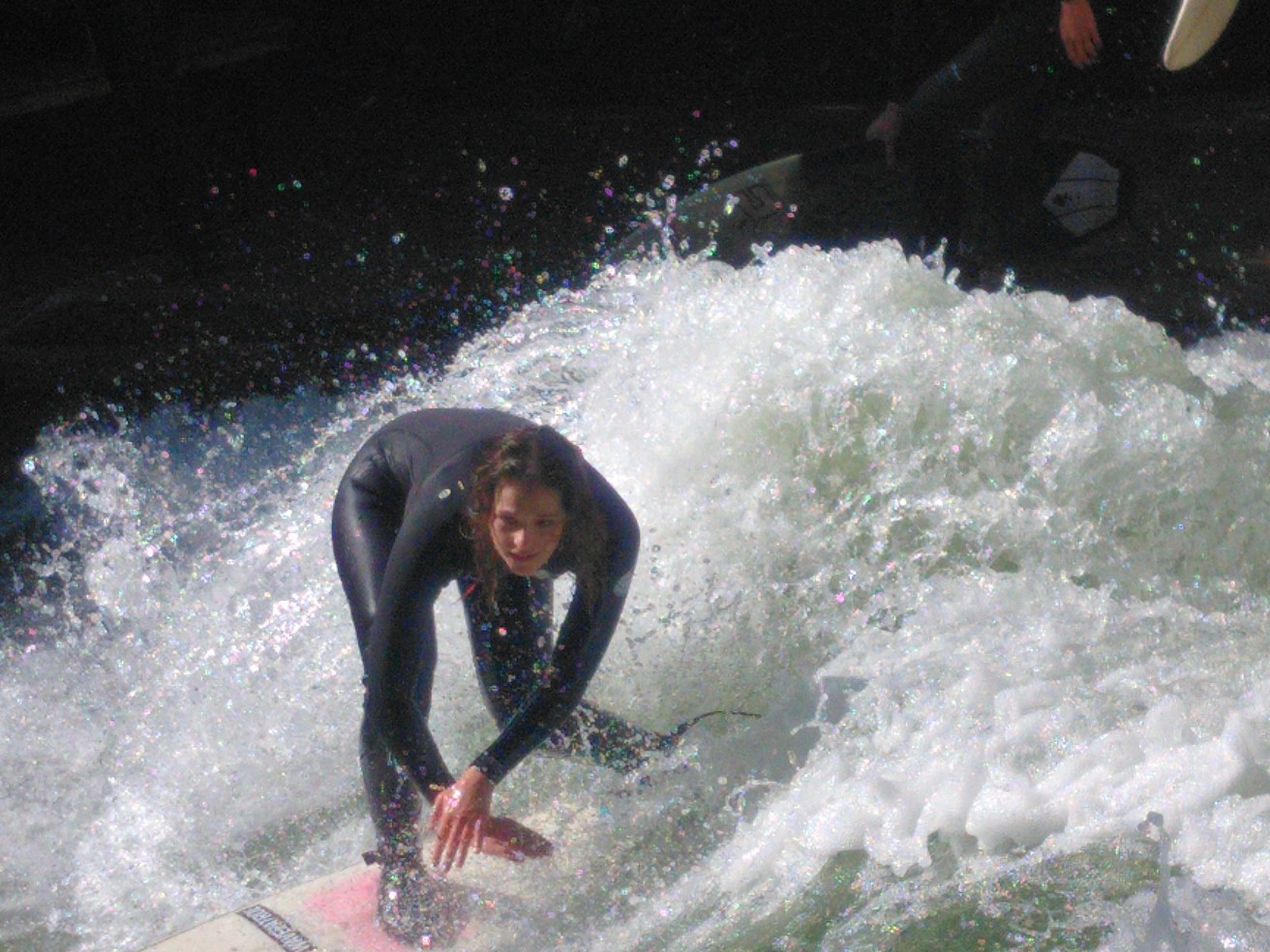 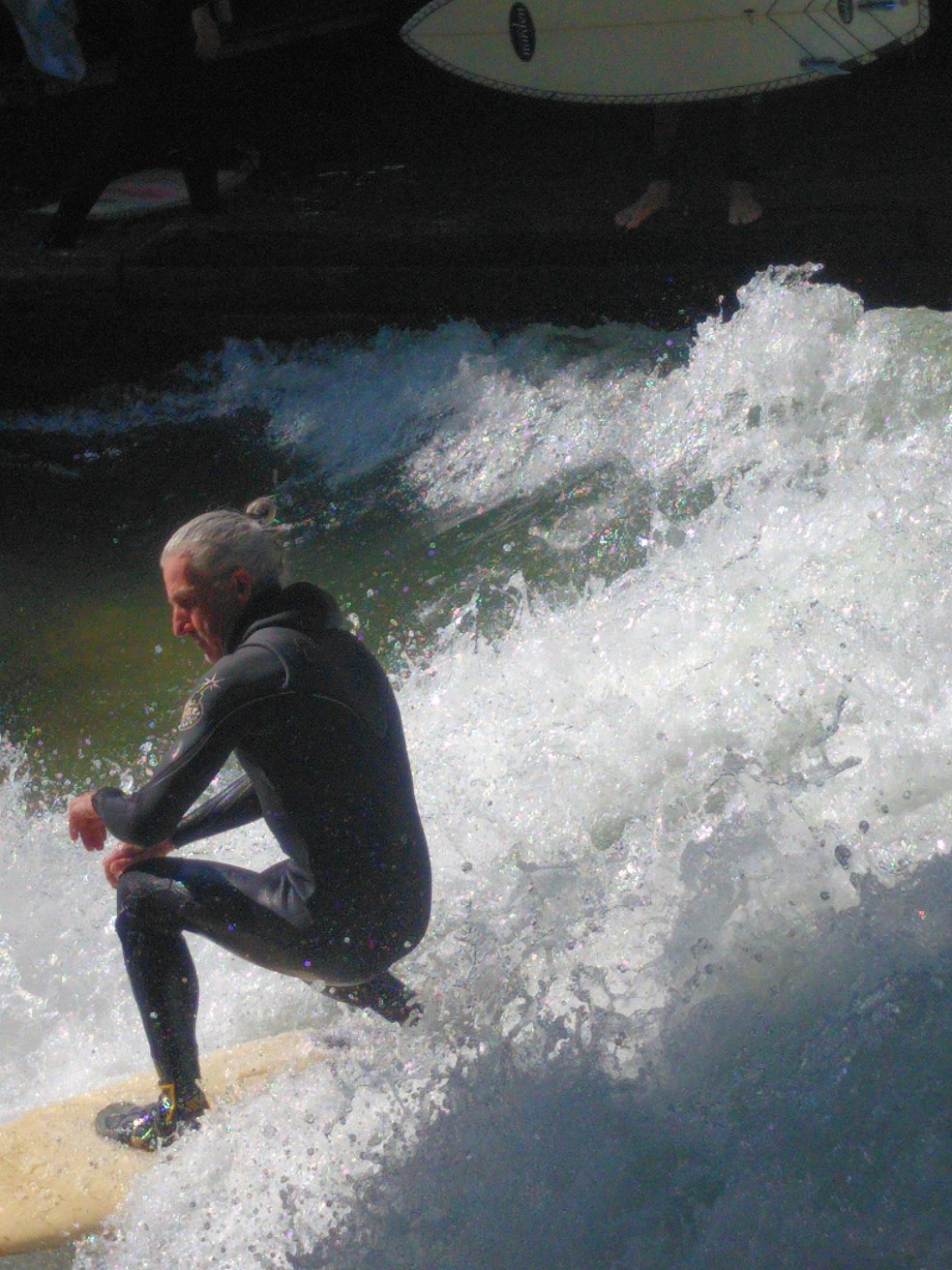 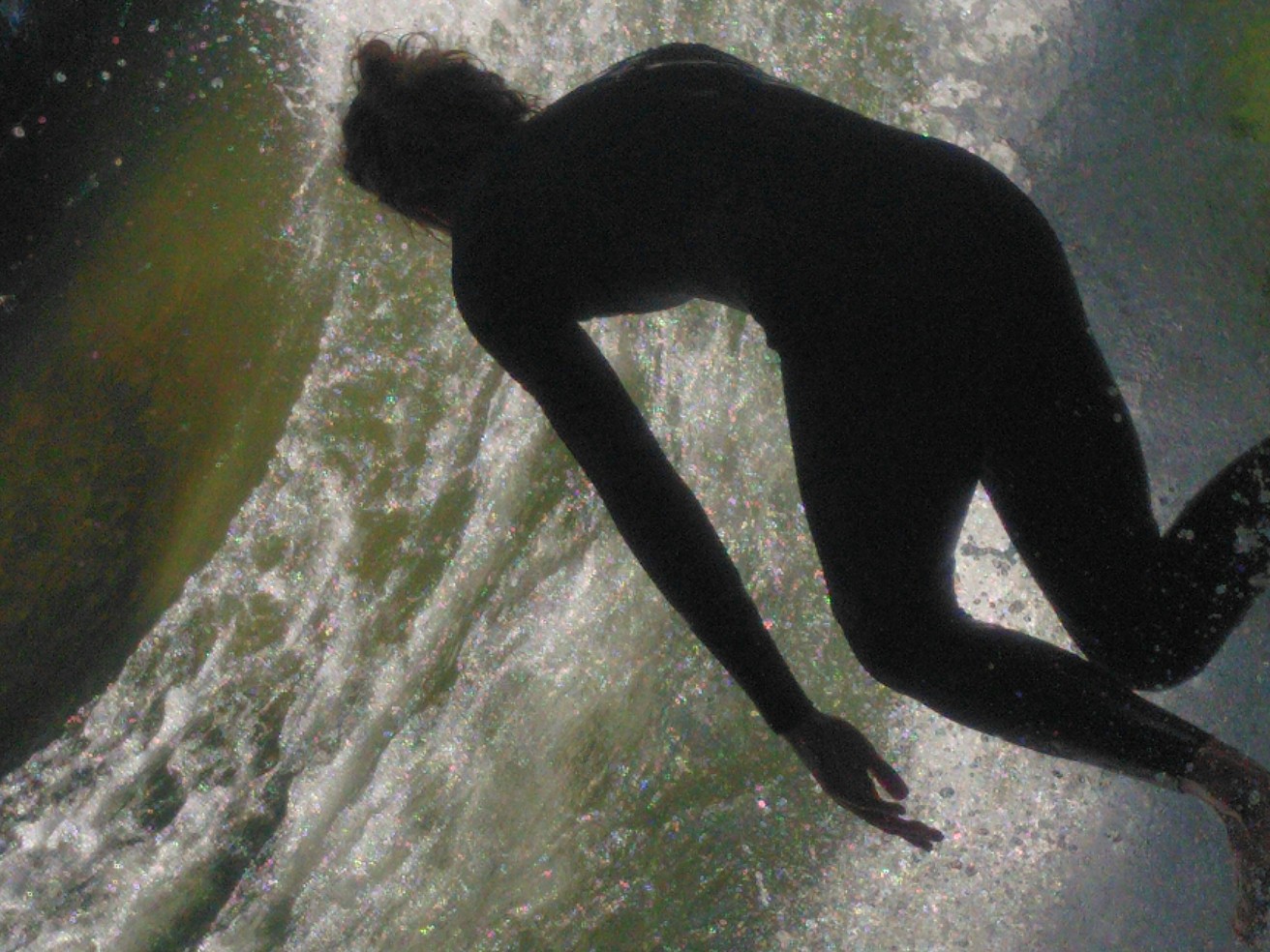 A wander further into the interior reveals a beer garden at Chinese Turm. The have HofBrau bock which is excellent but a little scarily drinkable as a web search shows it's over 7% abv. Glad I only had a small one. Unusually the beer garden is self-service. It's crazy busy, hard to work out which of the many counters are serving beer and which the many and various food offerings. Even here, beer is in nice, branded glasses. Mind you, to stop them being nicked there's a €1 'Pfand' on them. Seems cheap to me and I bet a load get 'bought' at that €1 price!

Today's plan is to pop back into the Weisn grounds and see if we can have one last beer in an Oktoberfest tent. Back through the park we pass the nudist area. As Liz says, seems to be just a few wrinkly old men, although it was a bit chilly today. I suspect it has a few more occupants on a warm summer's day. What is interesting is that it is just a reserved area, not fenced off or hidden but just off a main path. A fair more healthy approach to naturism than our own, methinks.

Of course, no trip to Munich is complete without a visit to the famous HofBrauHaus, a huge beer hall since 1589. It's crowded and raucous. We find a table but service is slow, prices are high and, let's face it if we are going to drink in this sort of atmosphere we might as well go to Wiesn. So we do!

Wiesn is not all about drinking, it's a huge fairground too and today we walk down the main aisle of fairground attractions. Some of the rides are buttock-clenchingly scary and that's only looking at them. Not for us! There are more sedate rides too and it's nice to see entire families in trachte enjoying the fun of the fair. Mind you it is busy, very busy - progress is incredibly slow

When you consider a major percentage of the people here are the other side of the arena safely ensconced in beer tents or their accompanying beer gardens. I tried to do the sums, the beer tents are all likely packed - 120,000, the beer gardens another 10,000. The pedestrians at least 10,000 and then those on the rides. Probably200,000 and possibly closer to twice that! A lot of people.

We need to sit. I suggest the nearest beer garden as being more likely to find a seat than inside a tent so we dive into Pauliner's beer garden and do indeed find a seat. Within minutes I'm talking to a Munich family on the bench behind me whilst Liz is engaged in a separate conversation with some people from near Friedreichshafen sat next to her. This is more the friendly Oktoberfest atmosphere we'd heard of.

Then, unexpectedly, it started to rain. It threw it down. Now I've experienced monsoon rain in Calcutta and tornado driven rain in Detroit so this wasn't the heaviest rain I've ever seen, but it made the all-time top 3! Marble size hailstones bounced off the tables as people ran for cover. We were OK, our table was under an awning, so protected. That is until the rain was so heavy the awning couldn't cope and was pulled away from the wall proving a freezing stream down my back. After 10 minutes, lightning and instantaneous thunder joined the rain. I wondered about the huge metal structures of the fair but the nearest strike seemed a hundred metres or so away. Our new found friends felt more comfortable by removing the table we were sat at and upending it as protection. We're soaked and the rain has eased to merely torrential. It's probably closer to an hour before we can make a run to the adjacent beer tent to find our bearings and direction to the nearest tube to head back to the van for warm, dry clothes.

We brave the now merely average rain and scurry to the tube. We're both soaked through to the underwear but I find time to snap the van's leit-motif 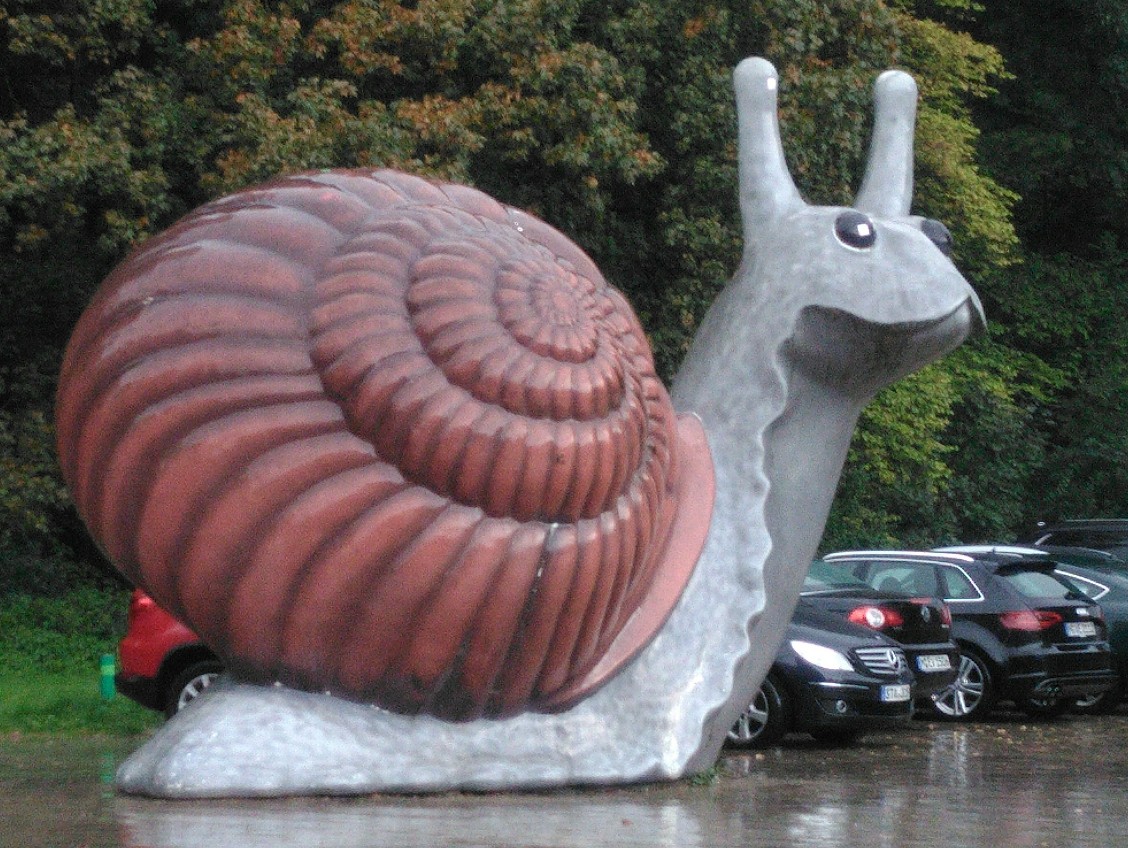 Priority is a funny thing. We're soaked right through and frozen but a litre of beer each takes its toll. I could do like one of the locals and nip behind a bush in the car park en route to the station but it's not so easy for Liz. So, despite desperately needing a change of clothes we break the journey at the Hautbahnhof and spend a penny which turned out to be an exorbitant €1 each.

Back now, dry and warm. Pity those poor folk who return to the campsite tonight after a beer or several to a completely porous tent, or those locals who will spend much time and money trying to get today's watermarks out of their expensive outfits.

Today should be a sight-seeing day but we just aren't organised. We've not really got a list of sites penciled in, so it will be a wander round down-town Munich hopefully avoiding the