, Once again I forgot yesterday's driving. 75 miles but 20 or so of those were back and forth to The Thatch last night 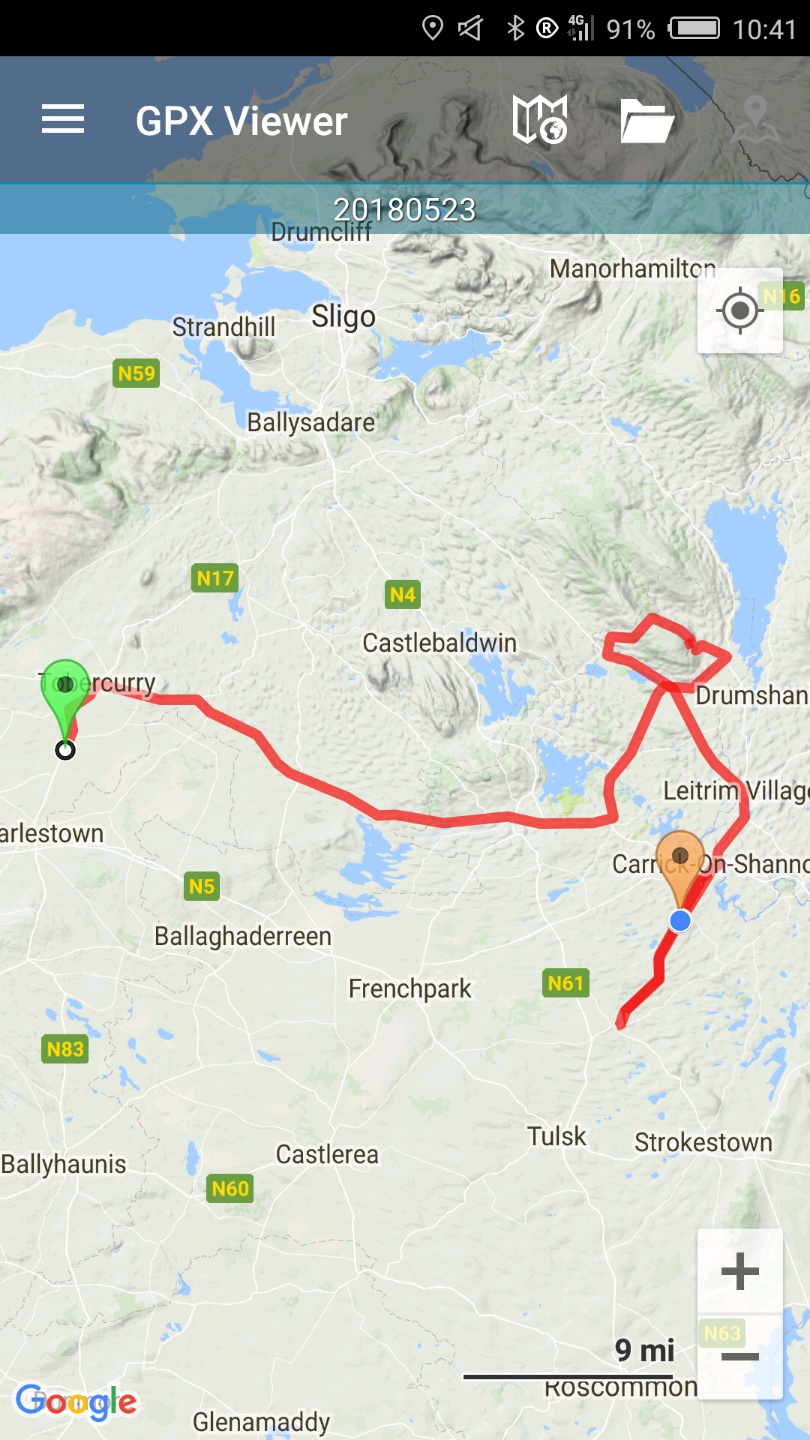 The downside of last night's great craic is the fact that we are still well inland and really need to be on the coast. Preferably in Galway tomorrow. There's still a lot of western Ireland that needs seeing. 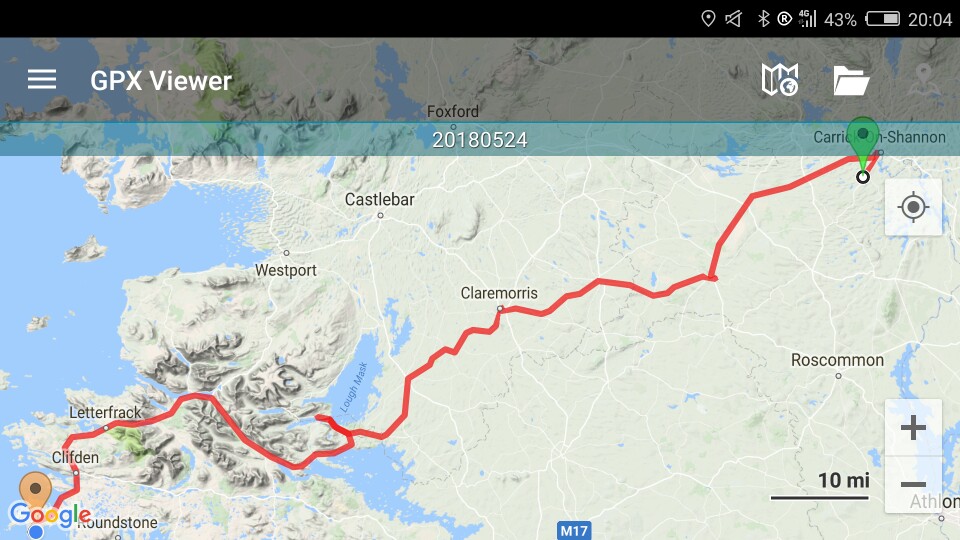 The first half is through Ireland's heartland and is scenic in the same way Cheshire, Shropshire and Hereford can be scenic. Cattle country and lots of green fields.

The towns are a different matter. Castlereagh and Claremorris are a nightmare to drive through. Cars double parked, pulling in and out of kerbside parking whilst huge lorries rattle past. It's slow, very slow.

Past Claremorris the land becomes boggier, some lovely examples of Irish bog, in fact. And peat drying 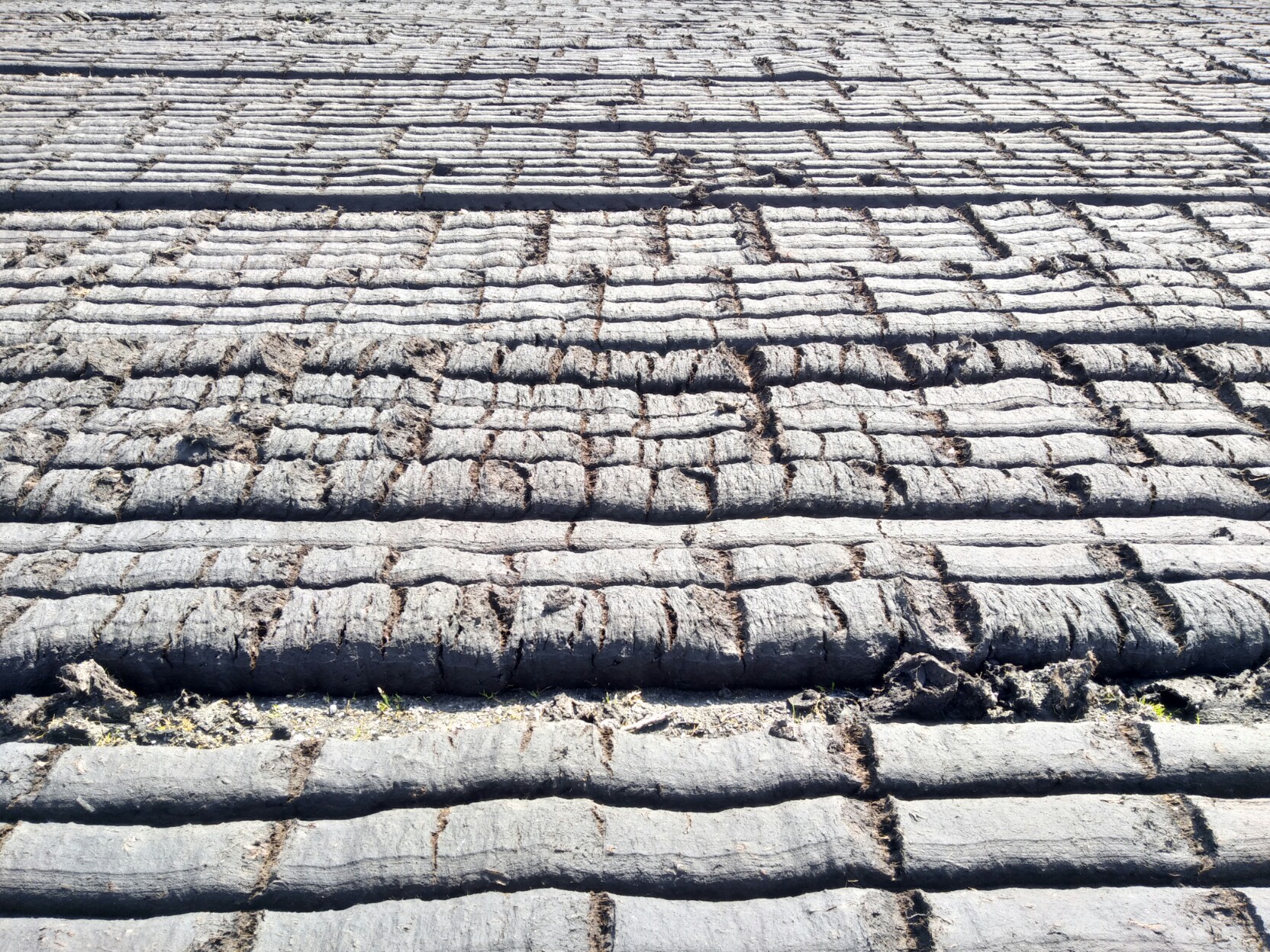 Then, as we reach Mayo's south-western edge, mountains and loughs begin to feature. As we approach County Galway the main road get windier and navigation gets harder. We pass through the very picturesque village of Cong where the film "The Quiet Man" starting John Wayne and Maureen O'Hara was shot and shortly afterwards we take a wrong turning. It's a decent road, wide, white line up the middle so we assume it's correct. Perhaps the fact that Garmin has us driving across open-country should have been a warning. A few miles lost as you can see from the map 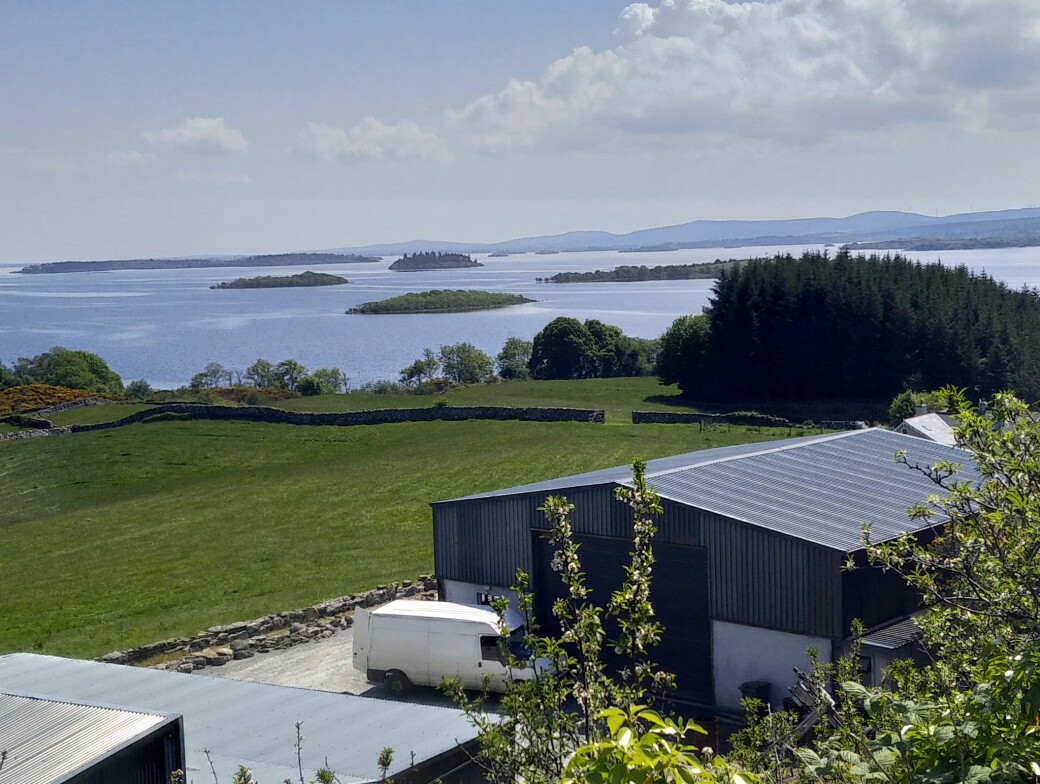 Mountains now. A lot like Scotland. Nothing dramatic, just mountains and sheep in the glorious sunshine. At Leelane (Leelaun and other spellings available) there's a wool and sheep centre. Don't bother unless you want the standard range of Aran knitwear and Guinness/Ireland tat.

We're in County Galway now. The main N road is no better than a poor R road, and much narrower and twistier. This is second gear country. First gear when tractors are ahead. The coastal scenery is gorgeous though. Clifden looks nice. A few miles south is the site where Alcock and Brown landed the first transatlantic flight 100 years ago next year. It's also the place that Marconi set up the first regular transatlantic radio station. Sadly all that is left of the Marconi site these days are the foundations but I gather there are plans for a tourist attraction in the offing.

On round to Ballyconneely (no, not Billy Connolly) where we'll spend the night in Keogh's bar and restaurant's car park. Or would do, if, like The Thatch last night, it wasn't roped off. We enquire in the pub and the helpful staff are not the management and when one of them suggests (in a non-local accent) that it ought be alright to overnight in the village hall car park next door we start to feel uncomfortable. So Keogh you missed out on two meals tonight. Instead we drive on down a small road 5 miles or so
to Bunowen Bay and the car park of the Connemara Smokehouse. It has just closed for the day but the staff are more than happen with us overnighting. And what views 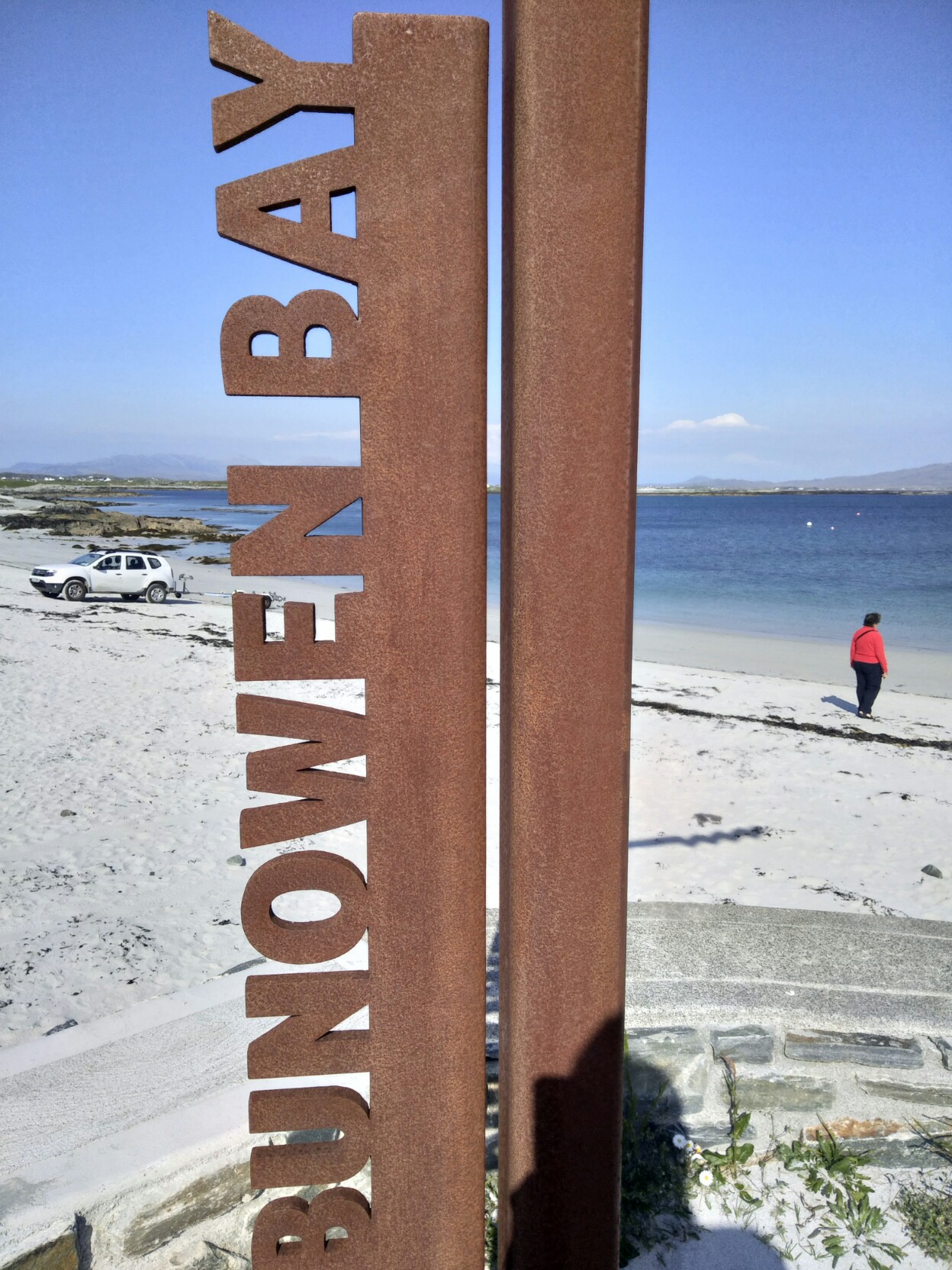 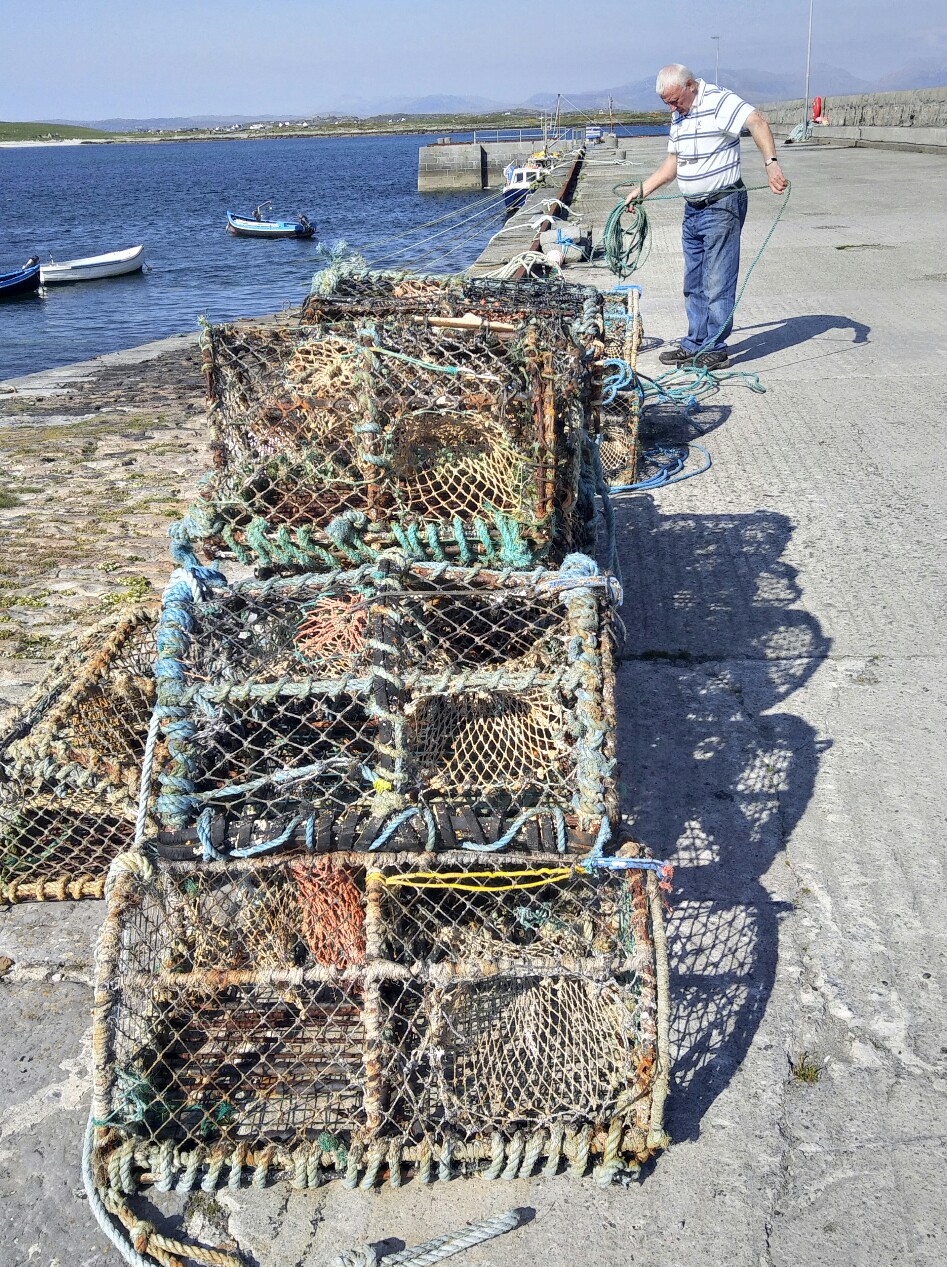 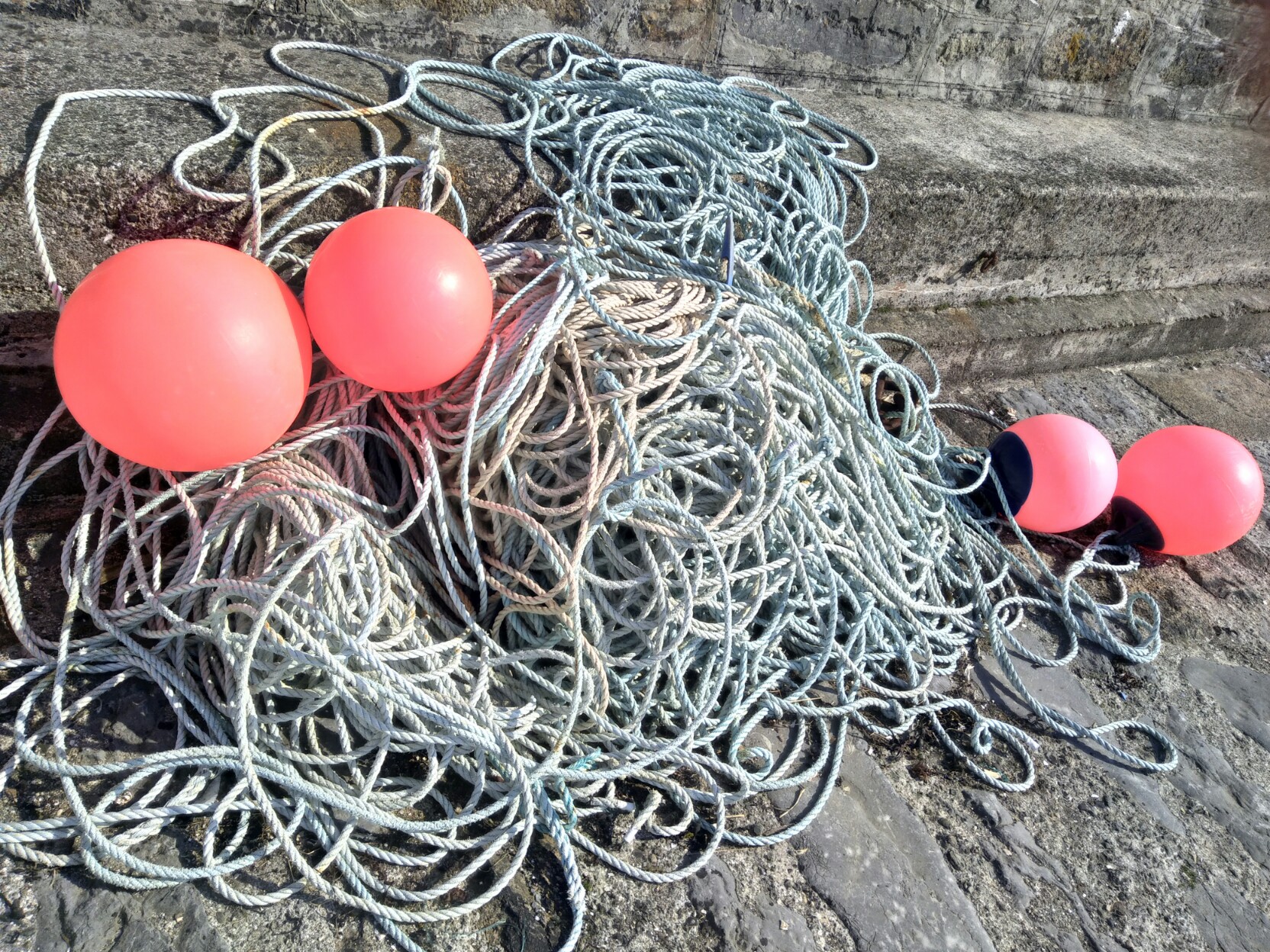 Oh, and today's cover picture too!

A lovely night's sleep at Bunmore Bay. Shame the smokery had external lights but I suspect there wasn't quite enough clear sky to see the milky way. To pay for the hospitality we

We've passed through Carrick a couple of times but not stopped. Let's rectify that. A pleasant enough town, smaller than we though but with a lot of pubs, all seeming to offer music

Two Drifters
—
Sitting on the dock of the bay
Share this