What title to choose for today's blog: "Sacred Flamingos", "Another Bucket List Tick", "Mel Gibson and the Elder Tree", or "Chance Conversations"?

Let's start with the last first. In the local bar next to the Lough Ree campsite last night, during lulls in the band's performance we struck up conversation with a group of fully from Meath, where we were heading today. Chance conversation #1 was a suggestion that we ought visit the town of Trim with an interesting castle. Having some spare time on today's route, we thought "Why Not", en route passing via Mullingar, home of the famous Irish pewter; the factory being, sadly, closed today. Anyway Trim was a nice enough town and the castle looked photogenic but the idea was to grab a coffee and pass on through. Chance conversation #2, the coffee shop proprietor insisted that we really should go and visit the castle. Oh, why not!

In fact that castle is maintained by the Office of Public Works (OPW) which has free entry to its sites for English Heritage members so it didn't even cost the €4 entrance (which included a guided tour of the keep). It's the biggest Anglo-Norman castle in all of Ireland and the tour is well worth it. Do you recognise the castle?

Yes it's the castle used as The Tower Of London in the film Braveheart. In fact all of the London scenes were shot in the castle grounds, York scenes also. So there's the Mel Gibson in the second of today's title choices. But what about the Elder Tree? The Gaelic name for the castle is Caisleán Bhaile Átha Troim and with my new found Gaelic expertise I could readily translate this as the castle of the town of the ford of Triom, whoever Triom might have been. Oh, so close, an information board corrected me that troim is not a person but means Elder Tree.

The tour was excellent and very informative. The ascent to the top was easy, stopping in each floor, but coming down was all the way, directly down the 85 step tight spiral stone staircase. Still the views from the top were stunning, especially on such a beautiful day as today. That's the Boyne river down there by the way. 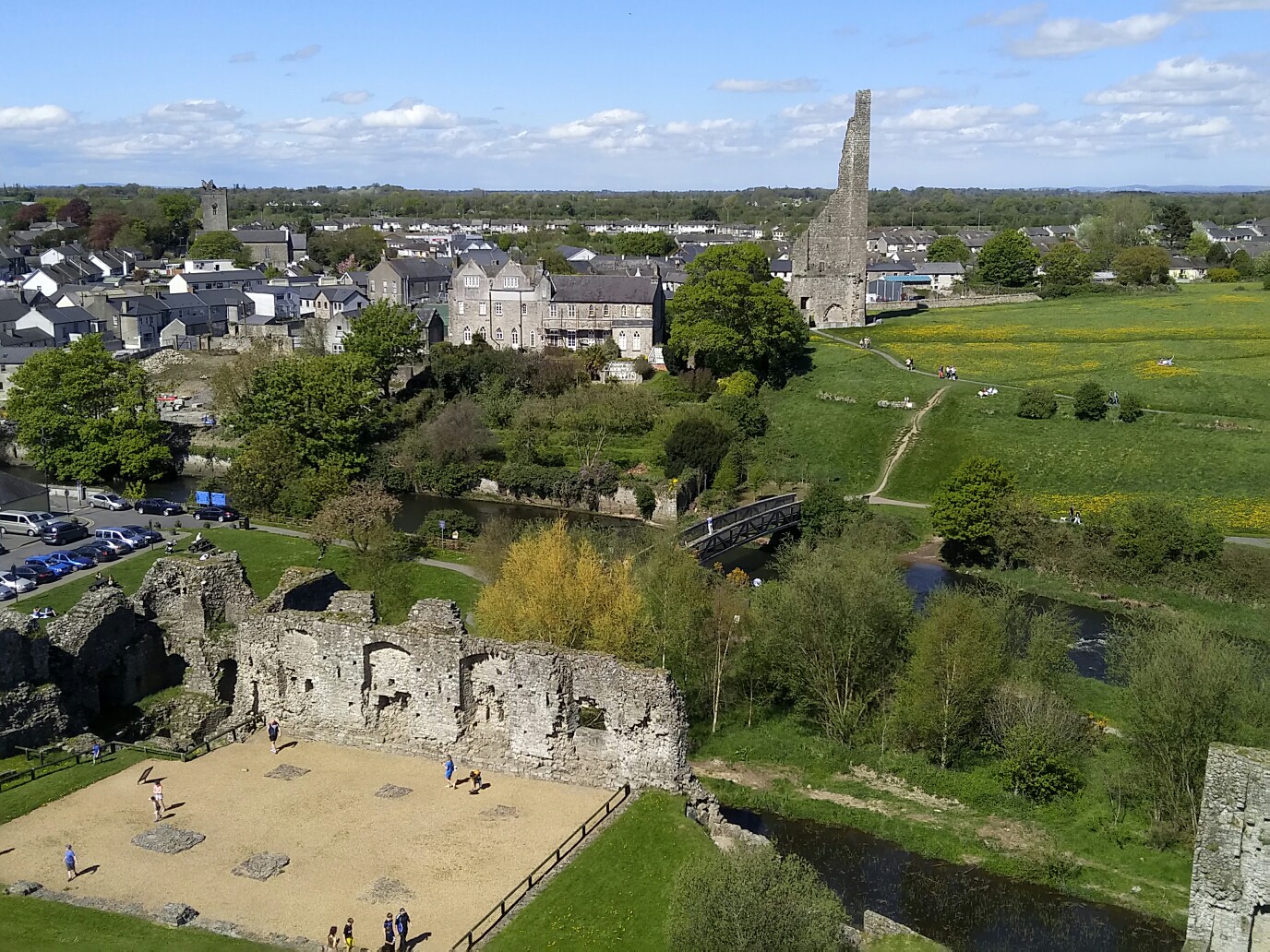 Following the Boyne we head to the Hill Of Tara, a set of iron age embankments and a cairn and also the stone said to have crowned the kings of Ireland. I probably first read about the site in Look & Learn whilst still in short trousers and it has been a must-visit (bucket list) site ever since. It's a baking hot Bank Holiday weekend and the crowds are out in full, the car parks are groaning but we find not only a space but the perfect space allowing us to back out later without effort. Once away from the car park and the couple of adjacent shops, including the inevitable new-age Celtic crystal-healing rubbish the people thin out. It's a big site.

You can see why it was chosen. It's only a small hill, not even an energetic stroll, barely a mound really yet it commands a 360° vista for miles 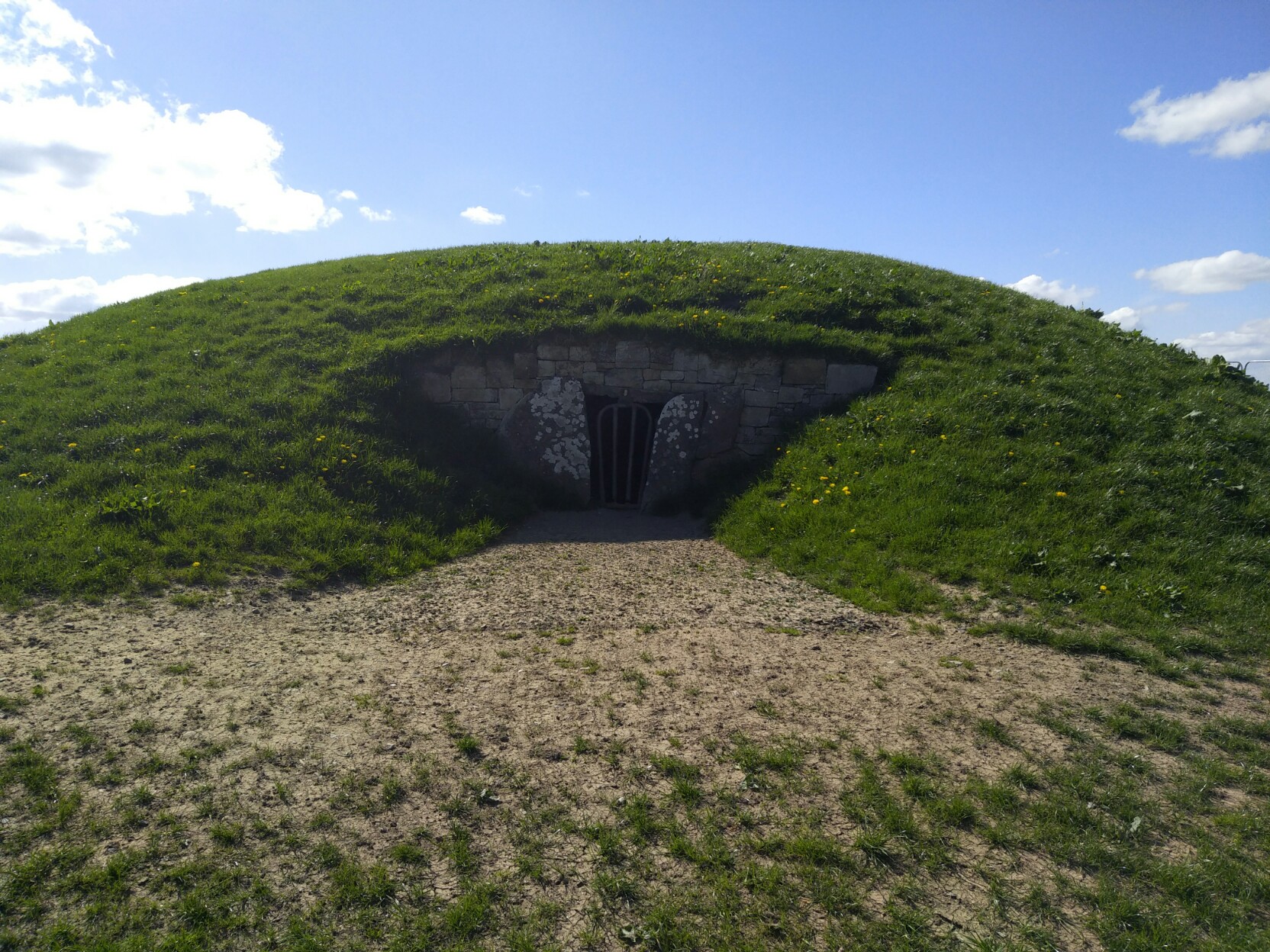 It's not busy and plenty of space but perhaps just to many people to fully appreciate the awe of the place. Along with Stonehenge, Avebury, Carnac, The Ring Of Brodgar this is one of the great prehistoric sites of the Celtic world.

That perfect parking space with room behind to reverse out - guess where the ice-cream van parked!

An interesting aside, just before Trim we met a few cyclists, then a few more, then a LOT more. I guessed about 200 but maybe prone to exaggeration. Or so I thought, but when I did a quick check on the web it turned out to be Willow Wheelers cycle club from Dublin's annual 100 mile (mile, mind you, in this land of kilometers) charity cycle ride attracting over 300 riders including the odd celebrity. Good job they were going in the opposite direction and that we meet the main group at one of the few wider points in the narrow county road. 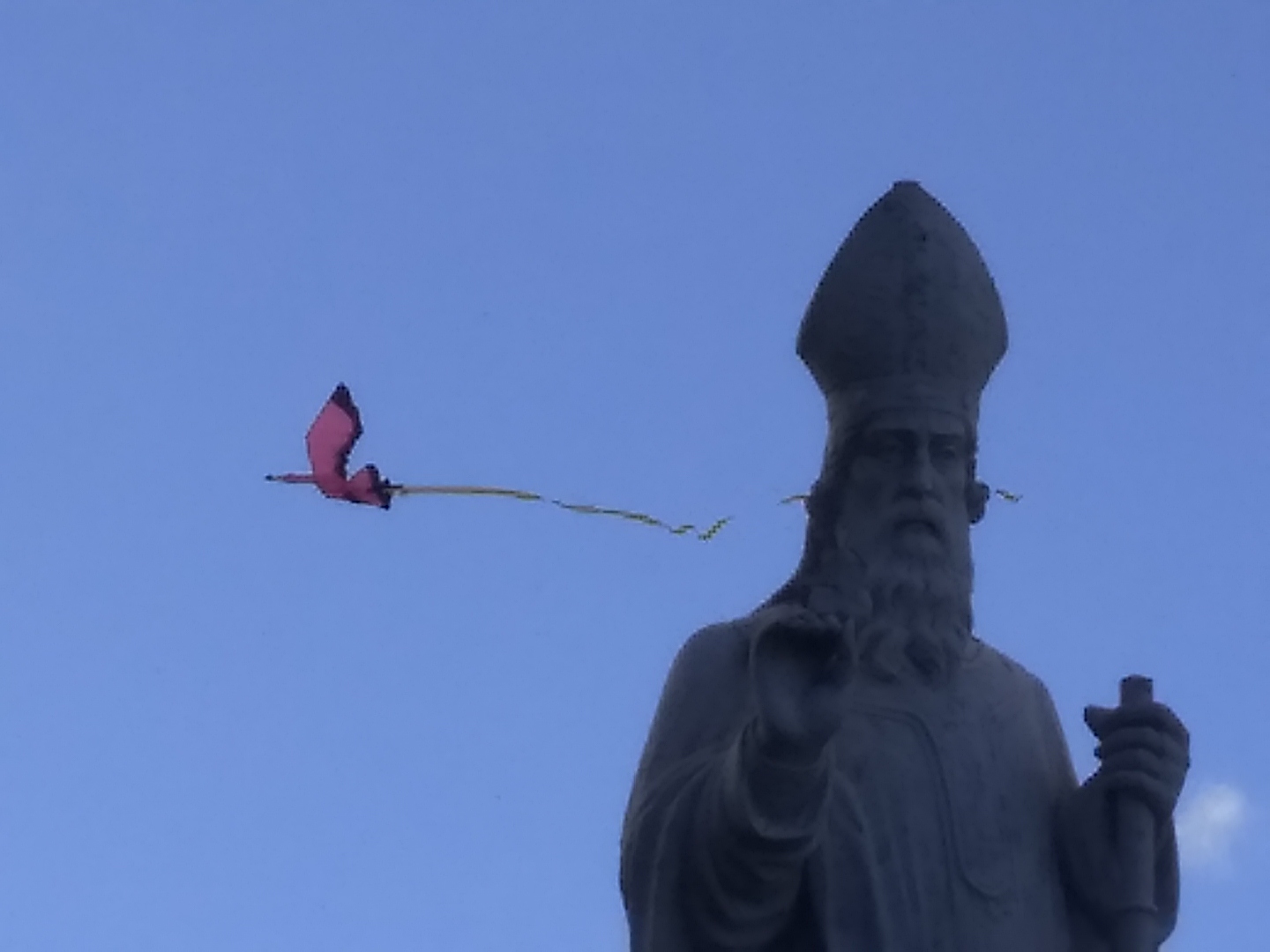 No, not The Carpenters, I just didn't finish off yesterday's adventures. We decided to overnight at a pub. The Irish Stopovers app suggested The Sally Garden pub, shop and deli just a couple

I remember now why I chose Athlone as our inland destination this part of the trip - Sean's Bar, the oldest in Ireland and possibly the oldest in the world. A few years

Two Drifters
—
So many titles to choose from!
Share this