Time for moving on and saying "Farewell" to Dublin. It takes us about 2 hours from getting out of bed to leaving the site. Since that includes breakfast, morning toilette, showers, readying the van, cooking tonight's dinner, etc. I think that's pretty good. The shower was unusual, on site here showers cost €2 but the cubicles are huge and the water runs far longer than need be. So we squeezed the two of us into one cubicle. That's €2 saved!

First port of call is The Bog Of Allen Visitors' Centre. Not strictly true, we set the satnav to there but it actually took us to the Lullymore Heritage and Discovery Park about half a mile away. It was apparent from discussion with the very helpful man on the gate that we weren't the only ones to have made that mistake

Back up the road to the Visitors' Centre that we had intended to visit only to find the door closed. It didn't look particulate big or interesting so we turned to go back to the van. Just about to drive off and the door opens and we are beckoned in. And I'm glad we were. It was fascinating! We learned the difference between raised bog, blanket bog, and fen, and why raised bogs such as The Bog Of Allen are both rare and precious habitats.

What appeared to be a small display room was merely an ante room to quite a large complex with such curios as the remains of antlers of the long extinct Giant Irish Elk. Good interpretive displays. We hadn't realised much of Ireland's electricity is powered from peat, nor that during WWII peat played such a huge part of the nation's energy resources that an army camp was set up nearby purely to cut peat for transport (via the nearby Grand Canal) to Dublin. Peat movement was restricted across the country to requiring permits to move it out of peat producing areas into non-peat ones.

Fascinating stuff, as well as displays on bog wildlife, conservation, the importance of bogs as CO2 sinks etc.

Outside there is a small garden area with a greenhouse full of carnivorous plants. As well as the native sundew and butterwort there are pitcher plants (which is becoming an invasive alien in many bogs), cobra lilies, Venus fly traps and even an Australian sundew.

A lot of the centre is aimed at school children because peat and peat bogs are part of the national curriculum. Our host (whose name we've sadly forgotten) was brilliant at explaining all this and the pressures on conservation versus the money in peat production and also people's traditional right to cutting peat (turbarry).

It's a €5 euro entrance but that includes tea and biscuits! A real homely visitors' centre run by enthusiasts. Liz and I recommend it highly to anyone with any interest in wildlife, conservation, Irish folk history/tradition, well to anybody in fact. It's not often that tight-a**ed gits like us freely give a donation! Oh, but be aware, they don't open at weekends, Mon-Fri only.

Tullamore next, to stock up. But once again plans change. Driving through Edenderry we are hungry enough to want to stop - partly because it's way past lunchtime having been at the bog centre for longer than planned. Turns out Edenderry has far more shops than we anticipated, including a shopping centre with a Dunnes Stores supermarket and a local butchers. This is Ireland, people are friendly, nothing is too much trouble. The butchers sells venison burgers but not loose, only in packs of 6. Liz inquires if the sell them loose explaining we only want a couple. No trouble, a pack is opened, two removed, weighed, repackaged without a second thought. To be honest even in Dublin we've yet to meet a bar or shop assistant that hasn't been both friendly and helpful. Compare and contrast to places closer to home!

Shopping completed, all that is left is to persuade, and keep persuading the satnav that we want the old road that runs parallel to the motorway and head for the campsite in the shores of Lough Ree just outside Athlone. Nothing booked and this is a Bank Holiday weekend. The man shoe-horns us in. Sadly the best he could do was a lakeside pitch with this view: 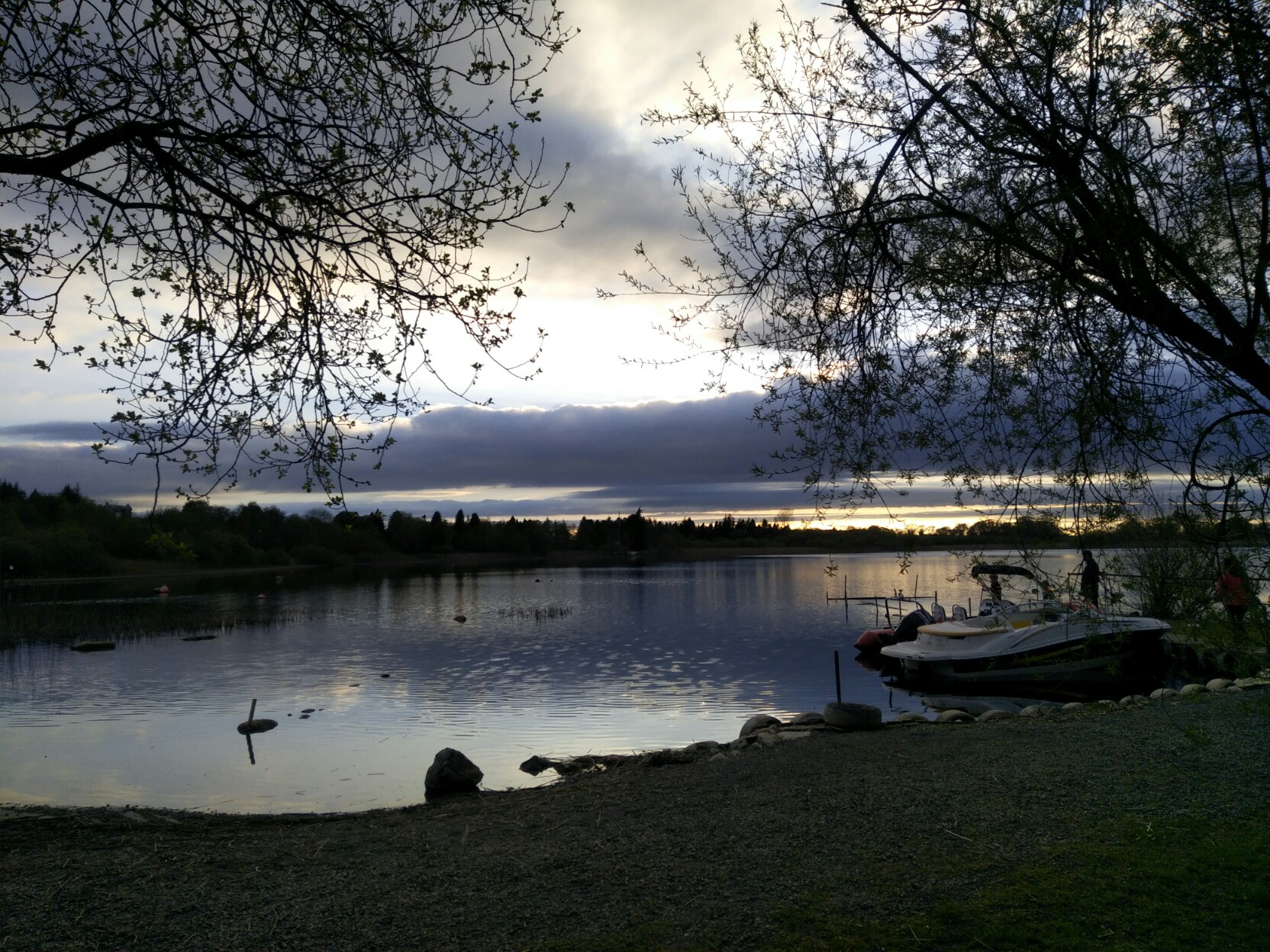 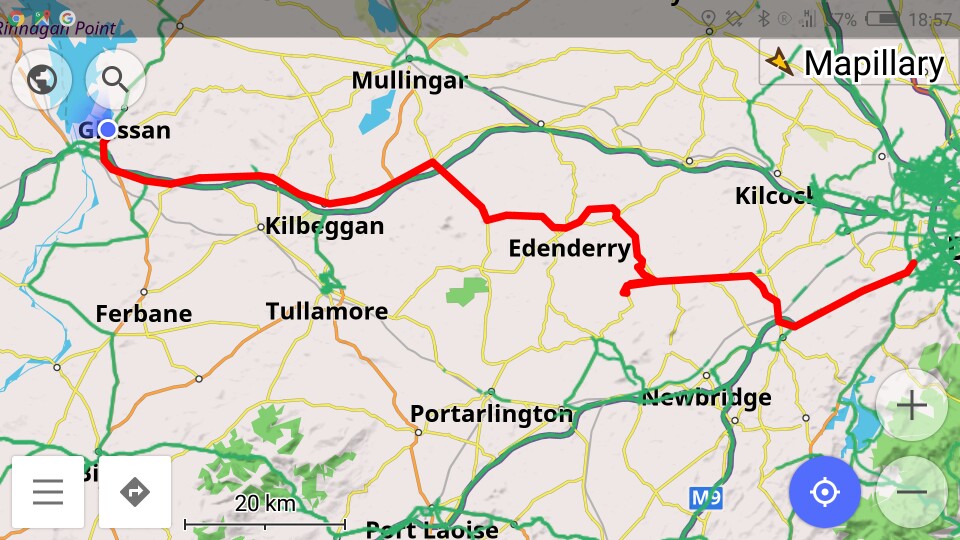 I remember now why I chose Athlone as our inland destination this part of the trip - Sean's Bar, the oldest in Ireland and possibly the oldest in the world. A few years

This late blossoming spring is slowing us down. Once again there is a bitter wind and it is raining as we eventually drag ourselves out of bed at 9:30. The forecast has