So, about 10 days ago, probably in Belfast, Liz has this idea "why don't we make sure we visit every Irish county, both north and south of the border". Brilliant idea that would have been even better had she had it at the start of the trip. We've been a bridge away from Longford and Cavan, and just missed Leitrim and Laois on the way up. So today is catch-up counties day.

Before that, some supplies from the local Lidl. Irish parking is amazing 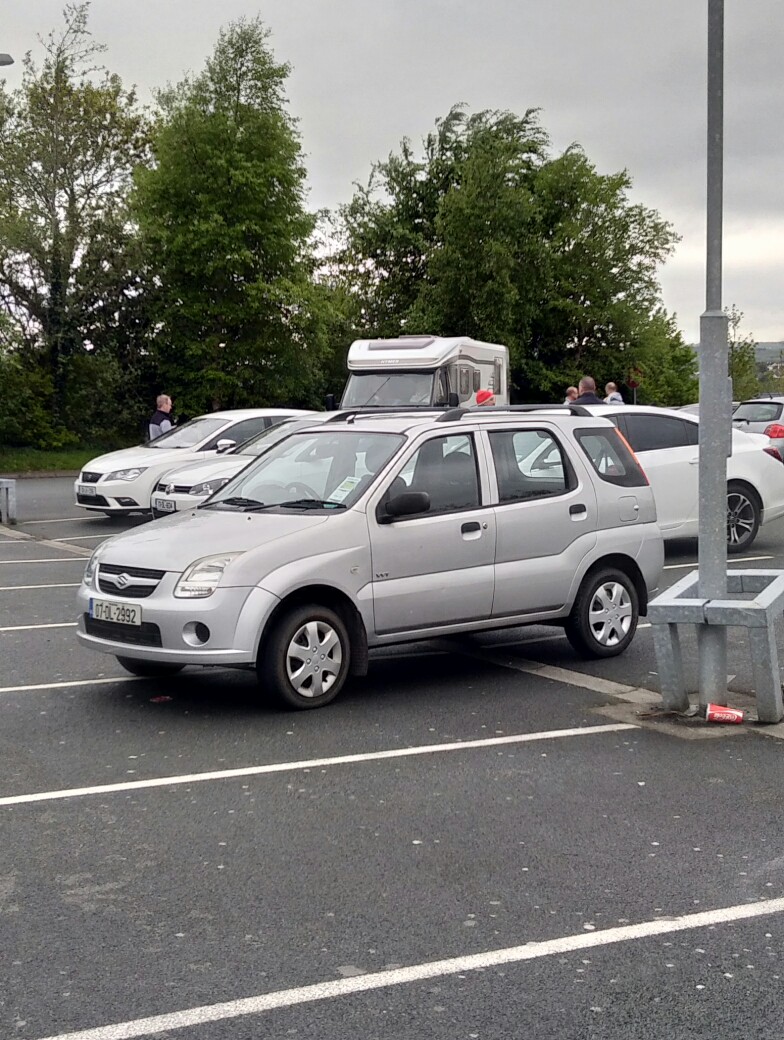 We've come to the conclusion there is a national game going on, you score one point for each wheel that cuts a white line. It is almost rare to see zero point parking!

We start just outside Donegal town, not surprisingly in county Donegal, cross the border (both county and country) into Fermanagh, then back into the South again into Leitrim. I think we cross the national border at least a couple more times (it's hard to tell) as we straddle it heading for county Cavan. On down into Longford, town and country before coming back up into Roscommon to tonight's stop Anderson's Thatch Pub.

That's 6 counties and 121 miles. Only Laois might be a problem now. 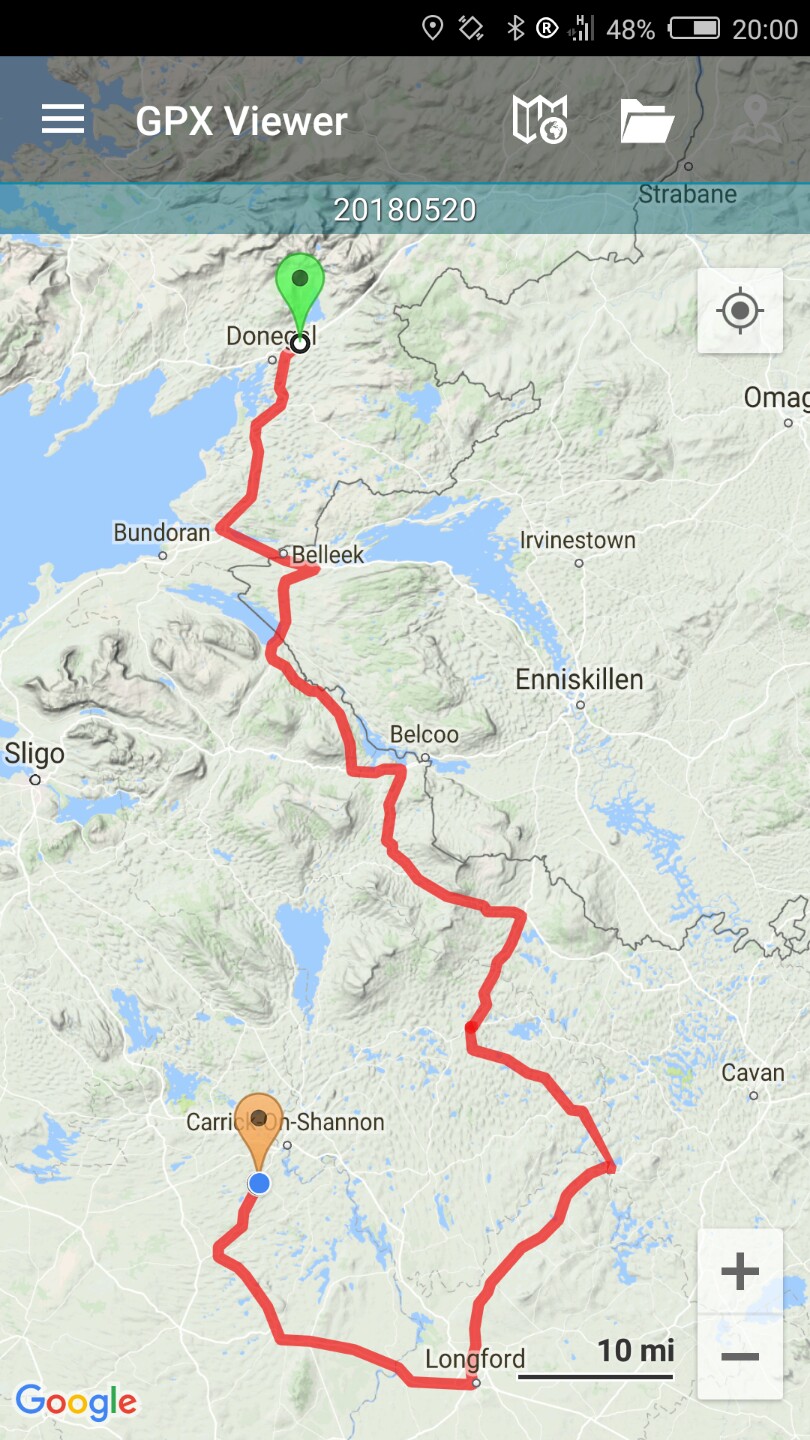 At BallyShannon we had thought of stopping at a museum dedicated to the founding Cistercians but weren't sure it was open. I did spot a sign for a micro-brewery and off-licence but I was driving and didn't get any details, not even the name and Liz missed it so I didn't hold our much hope. Still we parked on the main street whilst I thought I might be able to Google it. Serendipitously directly across the road was Dicey Reilly's pub and off-licence - "home to the famous Donegal micro-brewery". Well now, that was easy, and we are now stocked up with local beer!

Driving all day so not too many photos. Despite the grey day, Fermanagh and Leitrim had some great views before settling into farming country in Cavan and Longford. And then as we skirted the Shannon and its lakes and loughs there we some pretty waterside vistas

This dance hall at Glenfarne was worth recording 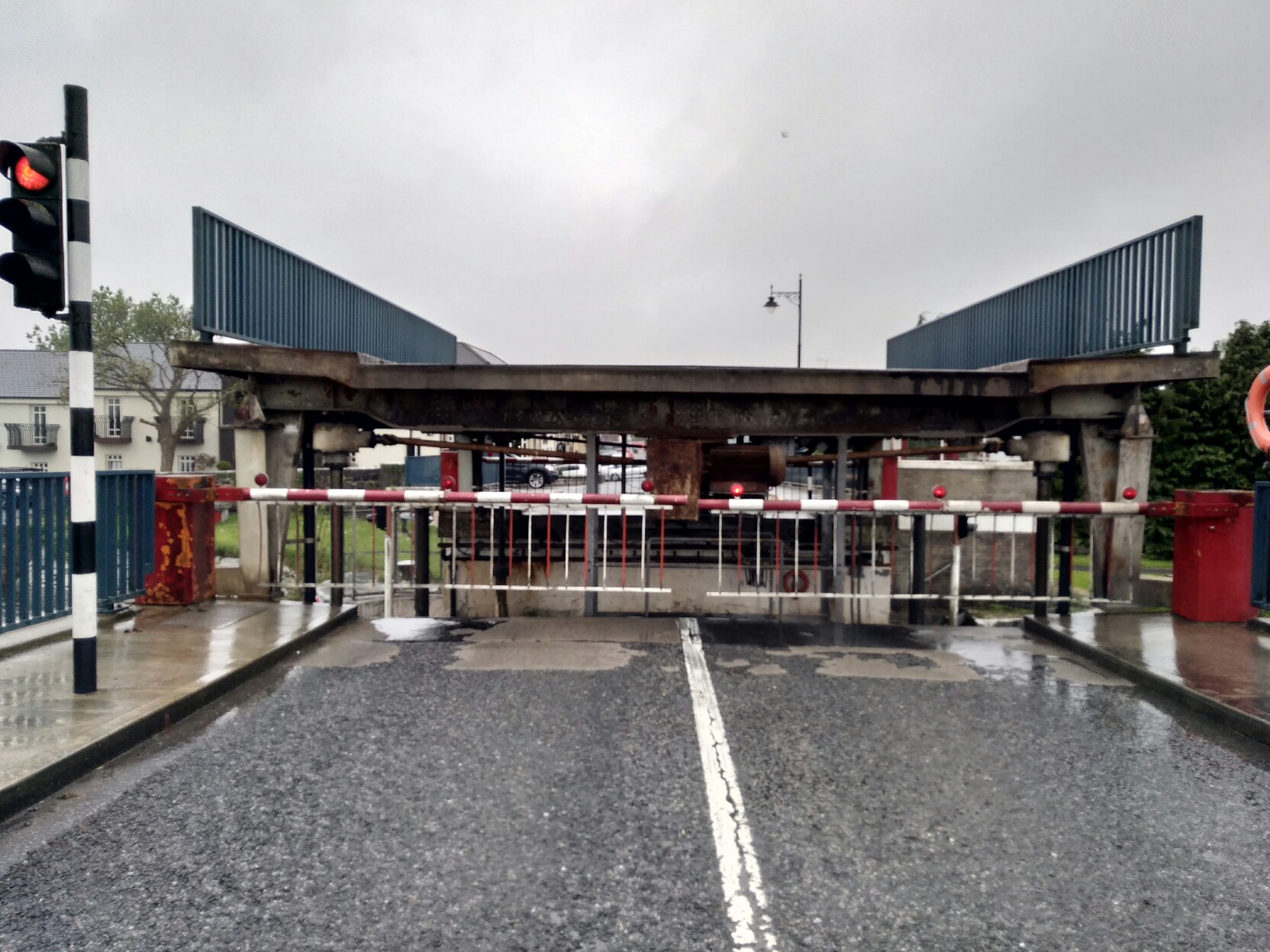 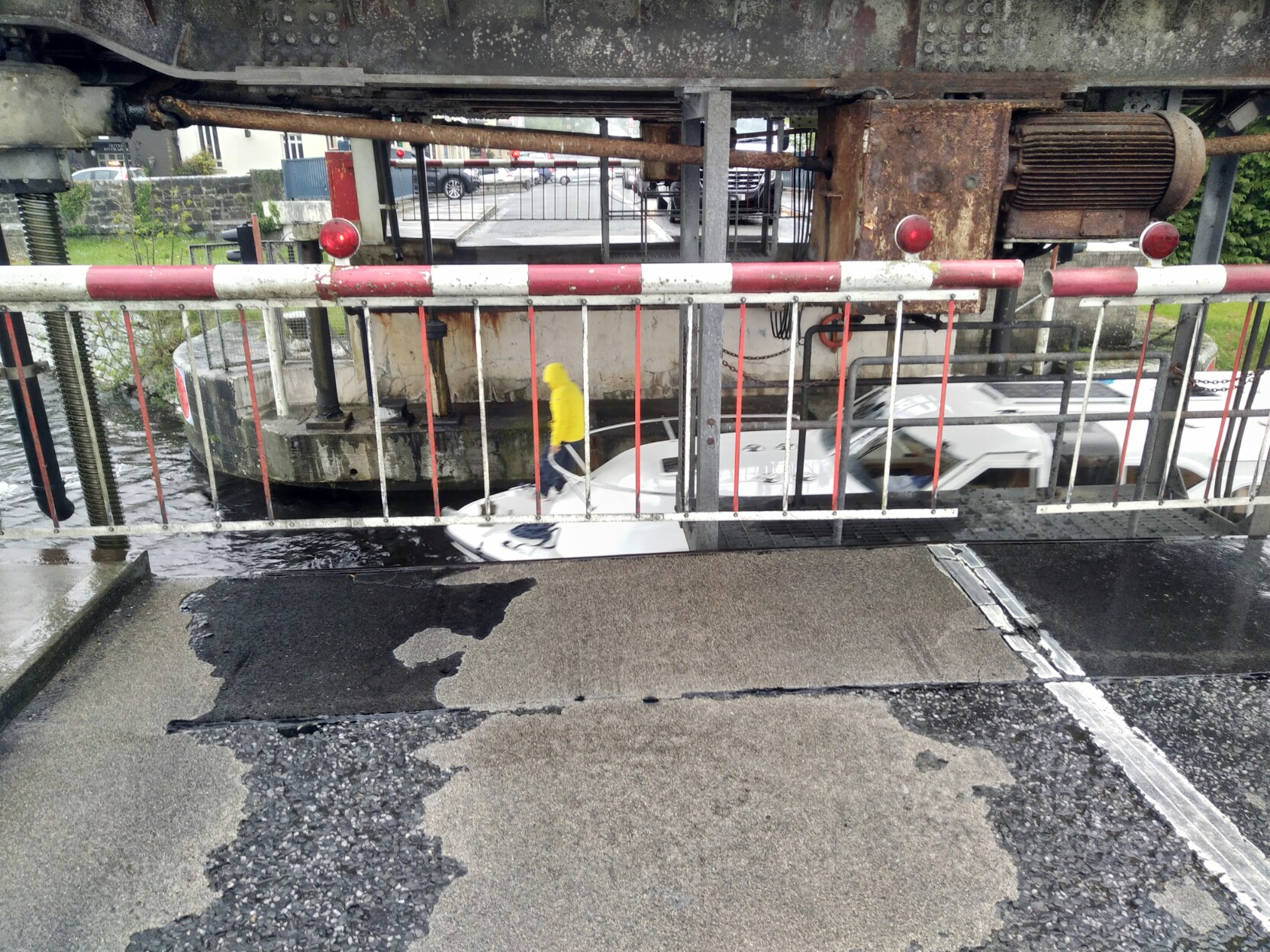 Now that'd stop the Dukes of Hazard jumping the bridge!

Longford advertised itself as "The cleanest city in Ireland" although we saw little evidence of this. A city we wouldn't have worried had we not visited.

However Anderson's Thatch Pub is a must see. Gene is a member of Britstops and one small part of his car park has a dedicated area for one or two motorhomes. We roll up at 6pm and note the pub doesn't open until 8. Still because of the Britstop and dedicated parking we feel comfortable dropping anchor and making dinner. Dinner eaten, washing up done, it's just after 8, no cars in the car park and no sign of lights in the pub. 8:30 comes, as does 9. Then a single car arrives. A light comes on. Our signal to venture forth. We are made more than welcome by Gene and sole customer Pàdraig. It doesn't take long before the bar is buzzing. Pàdraig find us a flyer for the local mining visitors centre and Gene is full of ideas for routes and overnight places.

After a couple of pints I go back to the bar for one final libation and Gene introduces me to (I'm sorry name forgotten) - "a typical Irish Colleen" as he put it. We chat about northern Donegal her original home area and then she tells me we must come back Wednesday night. Apparently that's the night the craic hits 90 at Anderson's, lots of different singers, and be sure to bring our dancing shoes.

Not so sure about the last bit but we pull out the maps and start revising plans. Looks like we'll be back on Weds

Will it be worth it?

... and from Lourdes to Kiltimagh I've never seen a miracle like the airport up in Knock Another Christy Moore title today. Let's begin are the beginning. We're a bit slow this morning; having

Whoops, I forgot to put in Friday's 132 mile route. Here it is. Yesterday, Liz included a picture of Mount Errigal in her blog. I was driving so didn't get the opportunity. We'll