The holiday is reprieved (for now) - Riverside campsite in Plymouth has spaces.

Oh, and it's the weekend. This means another CAMRA heritage pub, The Drew Arms in Drewsteigton is open at lunchtime (evening only most of the week). Not only that but it is smack next to the National Trust's Castle Drogo (the last castle ever built in this country) and pretty much en route from here to Plymouth.

Liz fights the satnav which wants to take us on roads other than A roads. She's worried about single-track and problems it might cause with us having to reverse. She does a good job to, until 3 miles from Drewsteigton the only access road is single track all the way. Miraculously we meet nothing.

Rather than clutter the village square we follow the car-park sign, down a single track hill only to meet a Volvo SUV coming up. Now he was probably right, it might have been marginally nearer for me to reverse back, but reversing uphill with a slight bend when he had the simpler straight downhill option, no!. After a few minutes of him manoeuvring we pass and he mutters something at me. I can only assume it wasn't too complementary!

The Drewe Arms is another no handpump establishment and interesting enough but pales after yesterday's wonderful experience at The Bridge. And I can't have a pint on these roads, so just a half so I can tick the heritage pub off 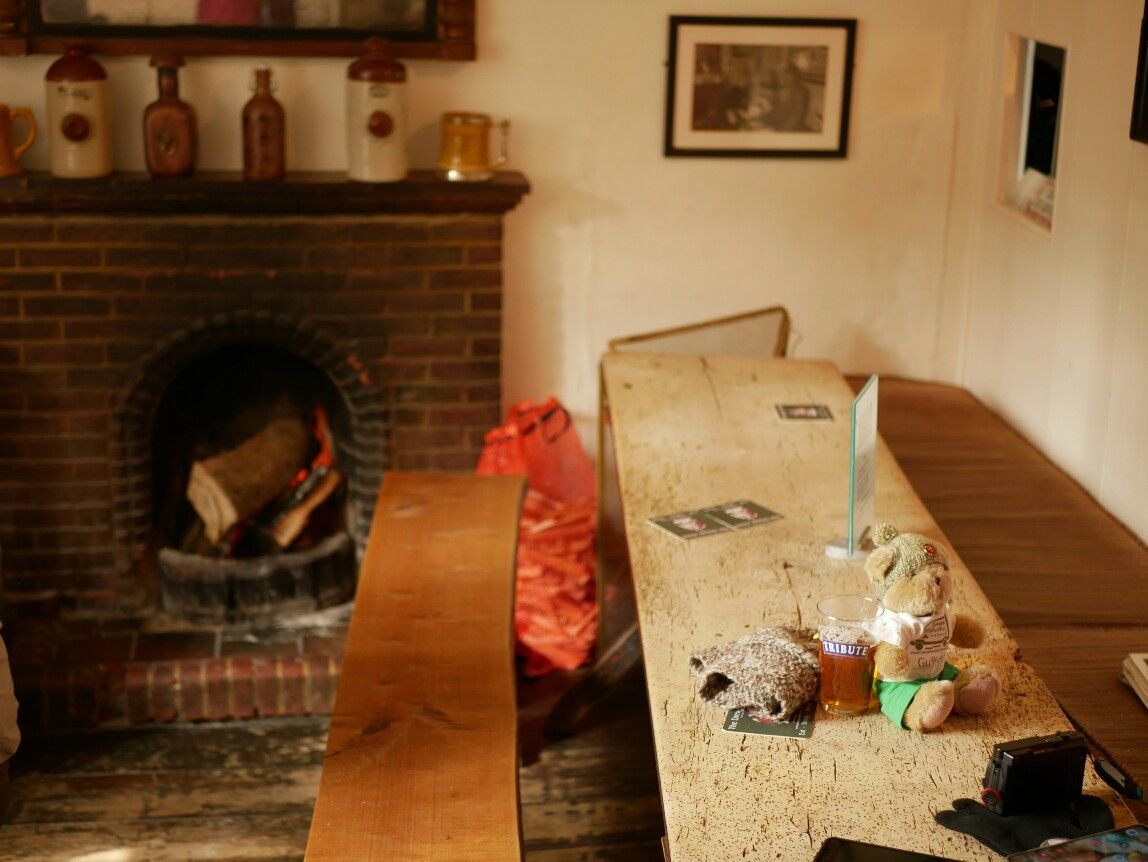 Leaving the carpark and up the short single-track hill we meet a car coming down, just where I'd met the Volvo 30 minutes earlier. My turn to reverse, far less stress, fuss and time than the previous encounter.

Blow me, we resume and barely make a few metres when another car appears. It's a sporty jobbie and, no fuss, he waves me forward and reverses back up the hill at great speed!

Still it's only a 1/2 mile to Castle Drogo. Meeting the bus on the next single track bit was unfortunate! Fortunately I had another car behind me and the experienced bus driver flashed us on whilst reversing the bus back up and into the comparative width of the Castle entrance. I'll be glad to get back in main roads!

The castle itself was a bit of a disappointment. To be honest, I think even in better circumstances I would have not liked it. The idea of building a monumental granite castle in the first decades of the 20th century seems a folly beyond belief, especially during a period where architecture was exciting. However, we were denied the grandeur of Lutyens masterpiece - the decision to use the then relatively new asphalt for a flat roof proved a costly mistake as it weathered and cracked, failing to be watertight almost immediately upon completion of the building. So the National Trust are fixing this properly with modern membranes, but in order to do so the entire castle is covered in high-tech tarpaulin, hiding its exterior from view. Even worse, the poor state of watertightness of roof and windows have meant many of the artifacts are in storage too.

Still the (sadly not photogenic) telephone switchboard was impressive as was the hydro-electric switching room.

But at least parts of the garden lent themselves to photos 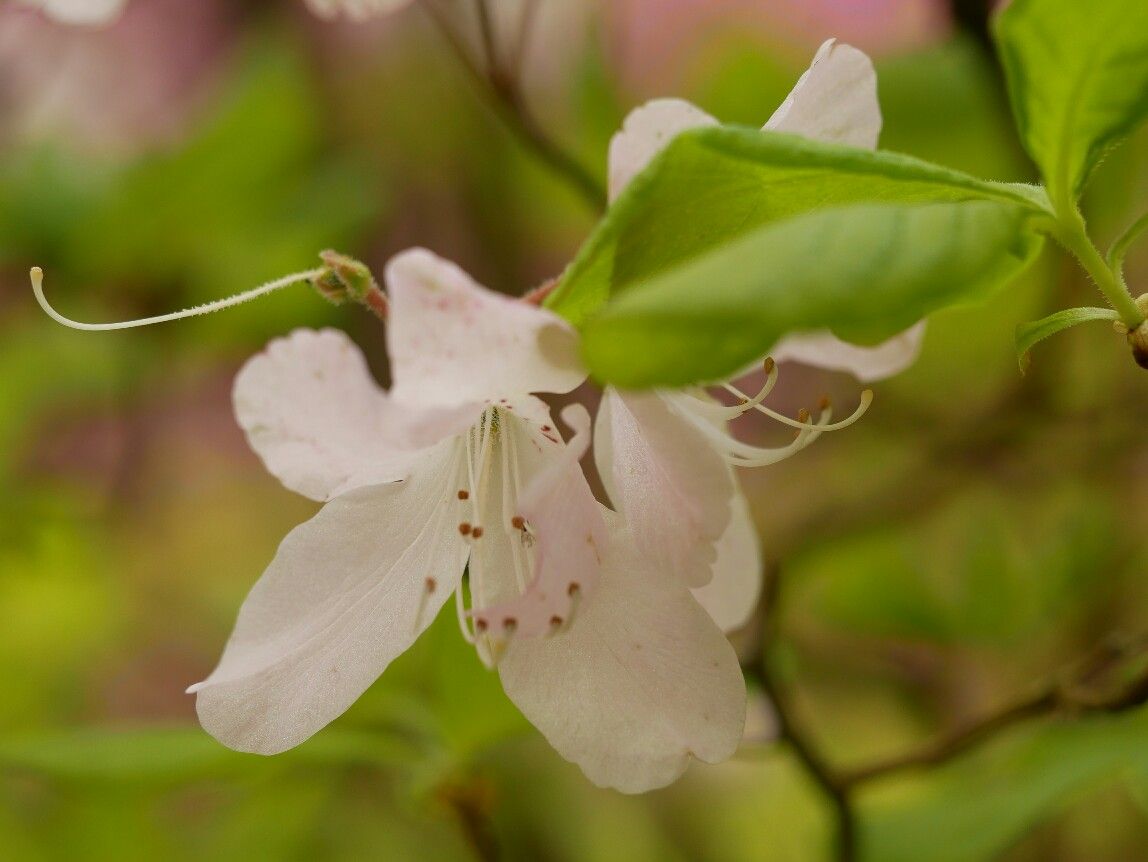 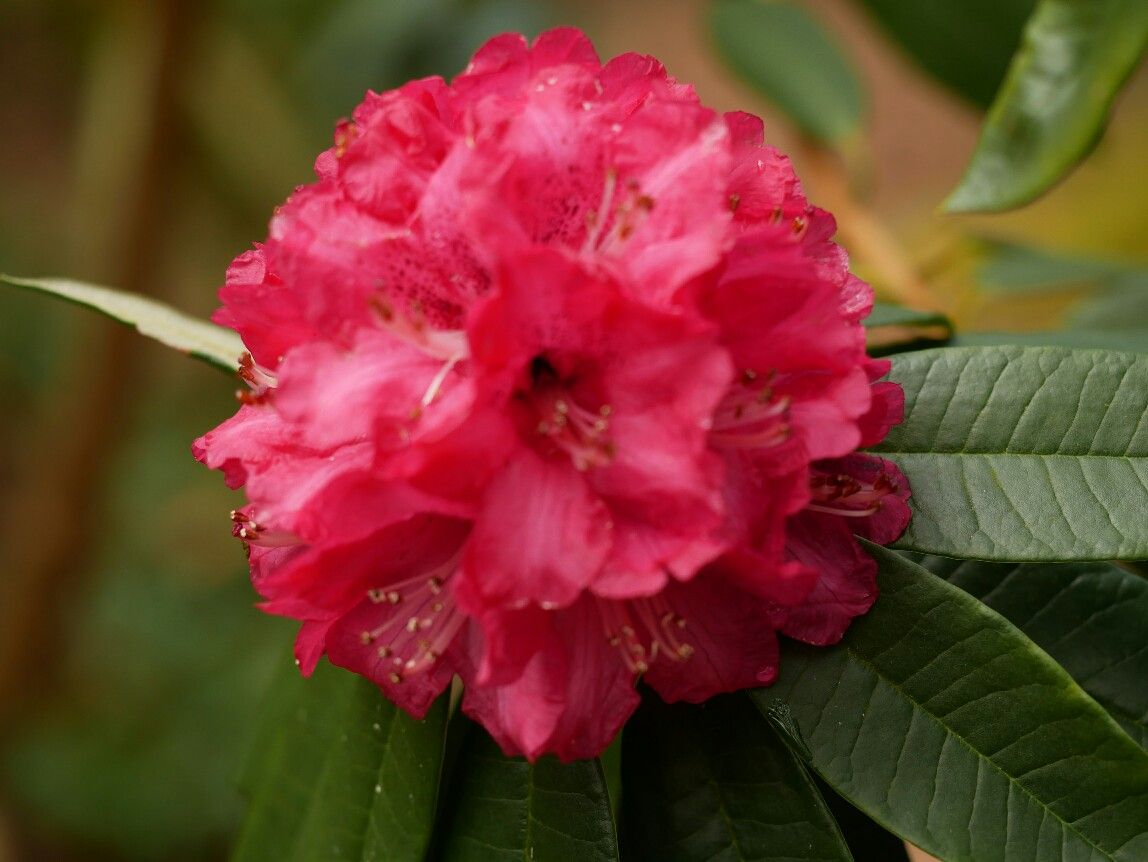 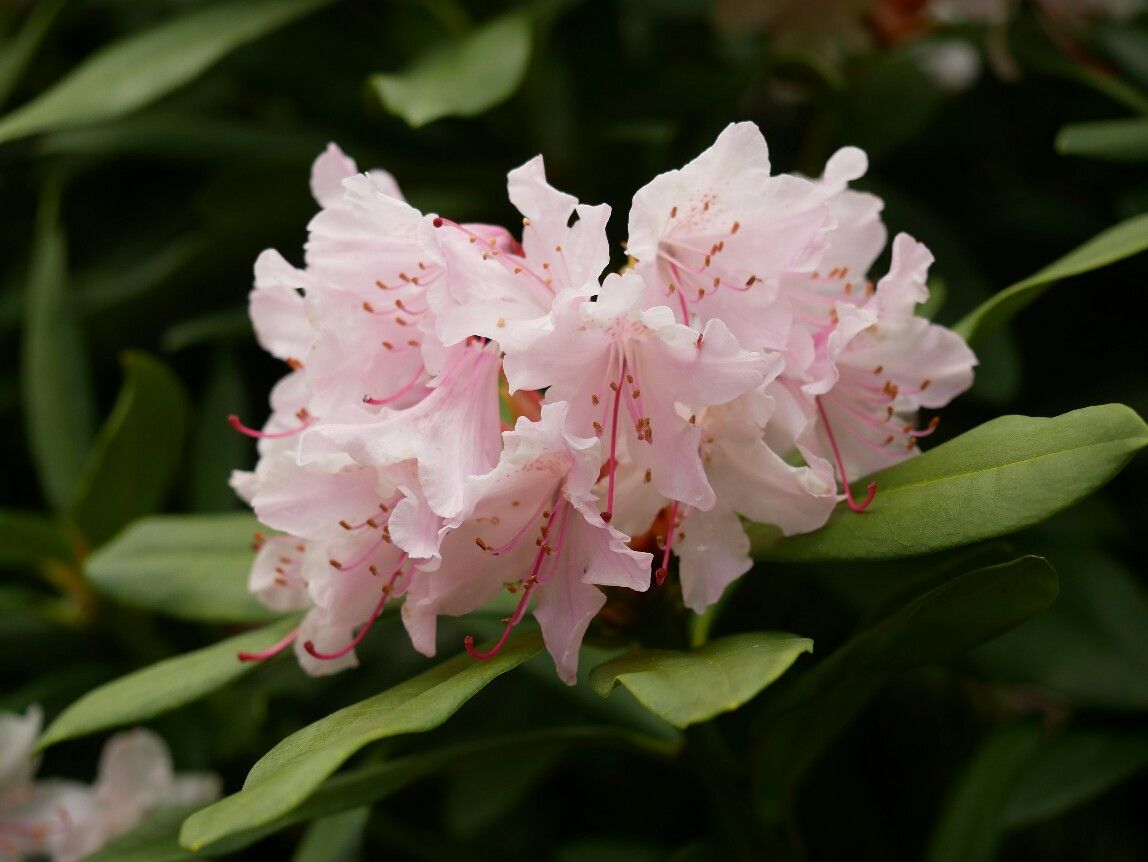 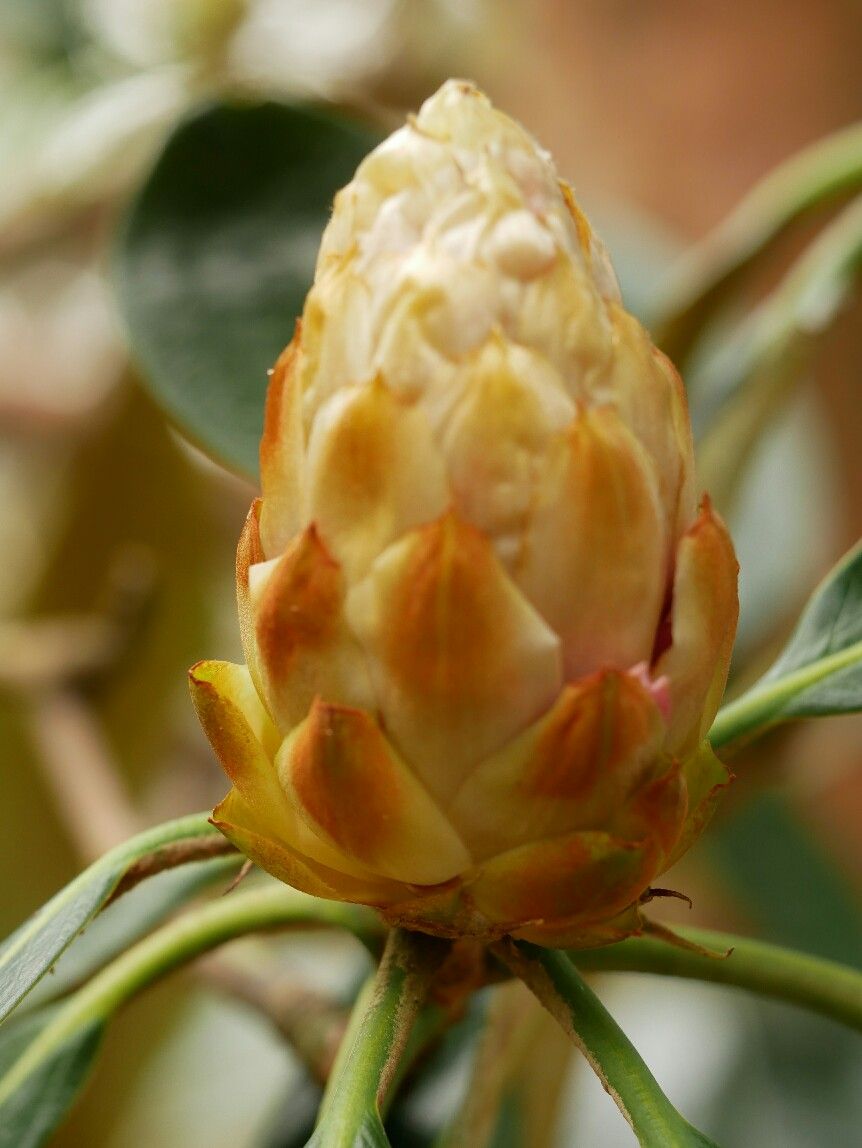 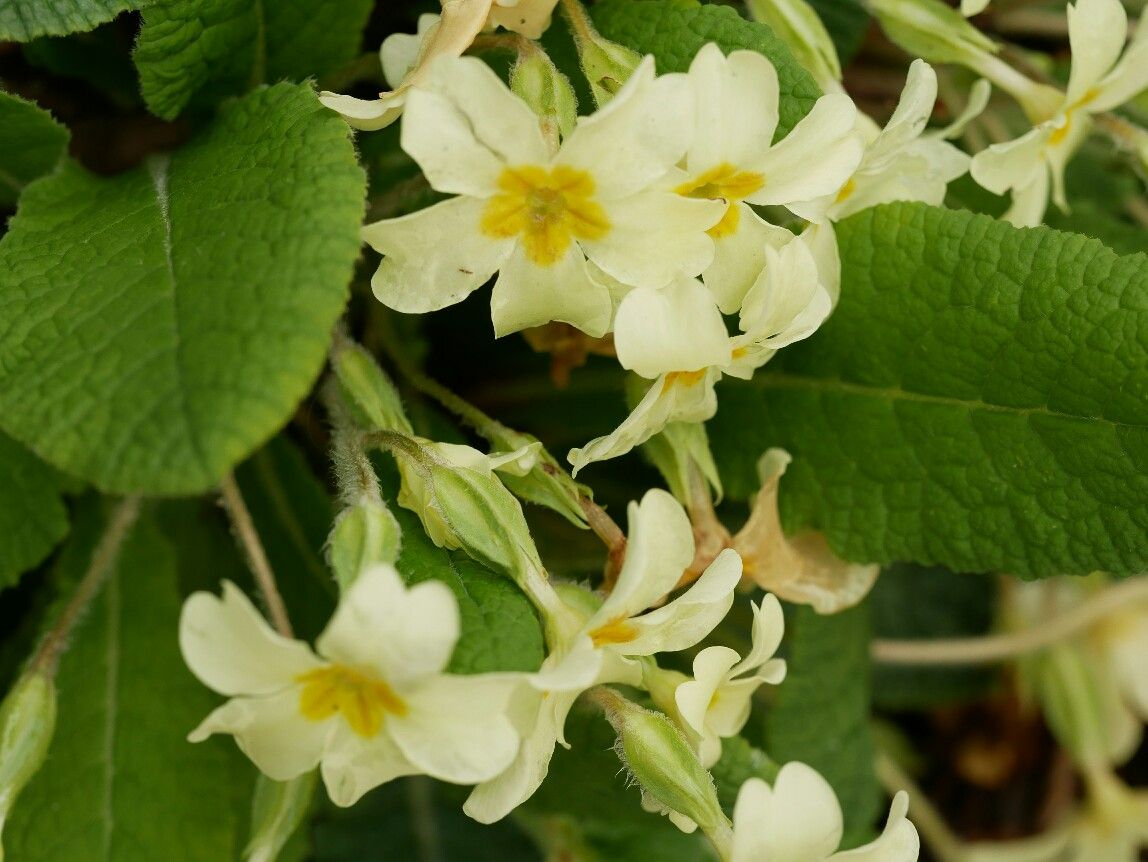 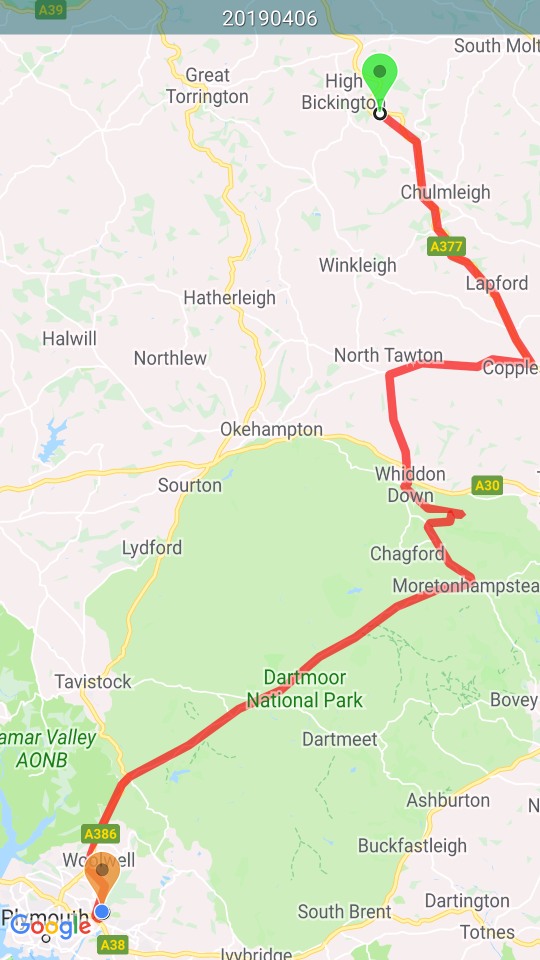 Funny how things change. Just a couple of days ago we were thinking of cutting this trip short because of the cold. Today we extend our stay on this site by another 3

Well, landlord Andy was true to his word and we were chauffered the few miles to Umberleigh station in his Subaru, with him cursing the (probably tourist) driver in getting doing a mere