I promised yesterday I'd say more about The Rock Of Cashel. The rock itself is moderately unimpressive, a small limestone plinth about 300' high. However the surrounding countryside is flat and so the steep sided plinth makes a great natural defensive point

Home to the Kings of Munster in the 4th and 5th centuries. Ecclesiastical kings they were too and legend has it that no lesser saint than Patrick himself baptised the grandsons of one king, Conall Cork. However there was clan rivalry and when Brian Boru's dynasty wrested control of this seat of power one of the great king's descendants gave the rock to the church in 1101, simultaneously aligning with the church and denying the rival dynasty any hope of reclaiming Cashel as a place of power. Cunning, eh! A cathedral was built and Cashel became the centre of one of just 4 dioceses in Ireland. It remained as one of the most important cathedrals in Ireland until 1749 when a newer cathedral in the town of Cashel itself took its place. In the mid 1800's when the Church Of Ireland was formed the old disused cathedral was given national monument status and today is in the hands of the Office of Public Works (OPW) which, if you've been reading this blog, means free entry for us English Heritage owners. Mind you it's not tremendously expensive and many places in town also offer vouchers for reduced admission.

Admission is definitely worth it. A free guided tour is included and our guide, unforgettably named Johnny Cash, was excellent. Really knew his history and has a most excellent sense of humour so the hour long tour was both informative and amusing, despite some pretty fierce heat out there in the open.

There is the somewhat delupidated St. Patrick's Cross. To avoid further weathering damage the external one is no longer original but a concrete replica 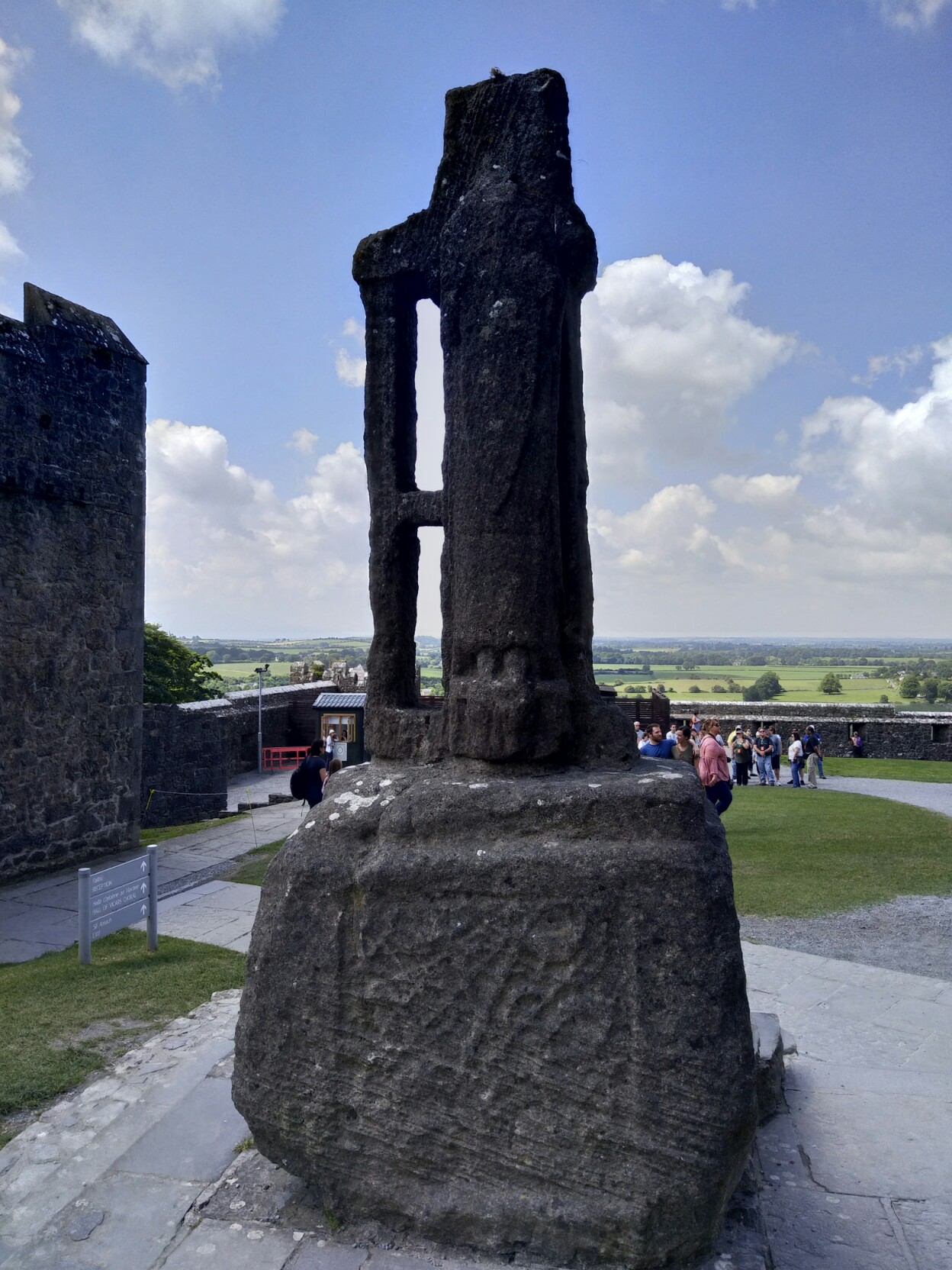 The original is in the museum 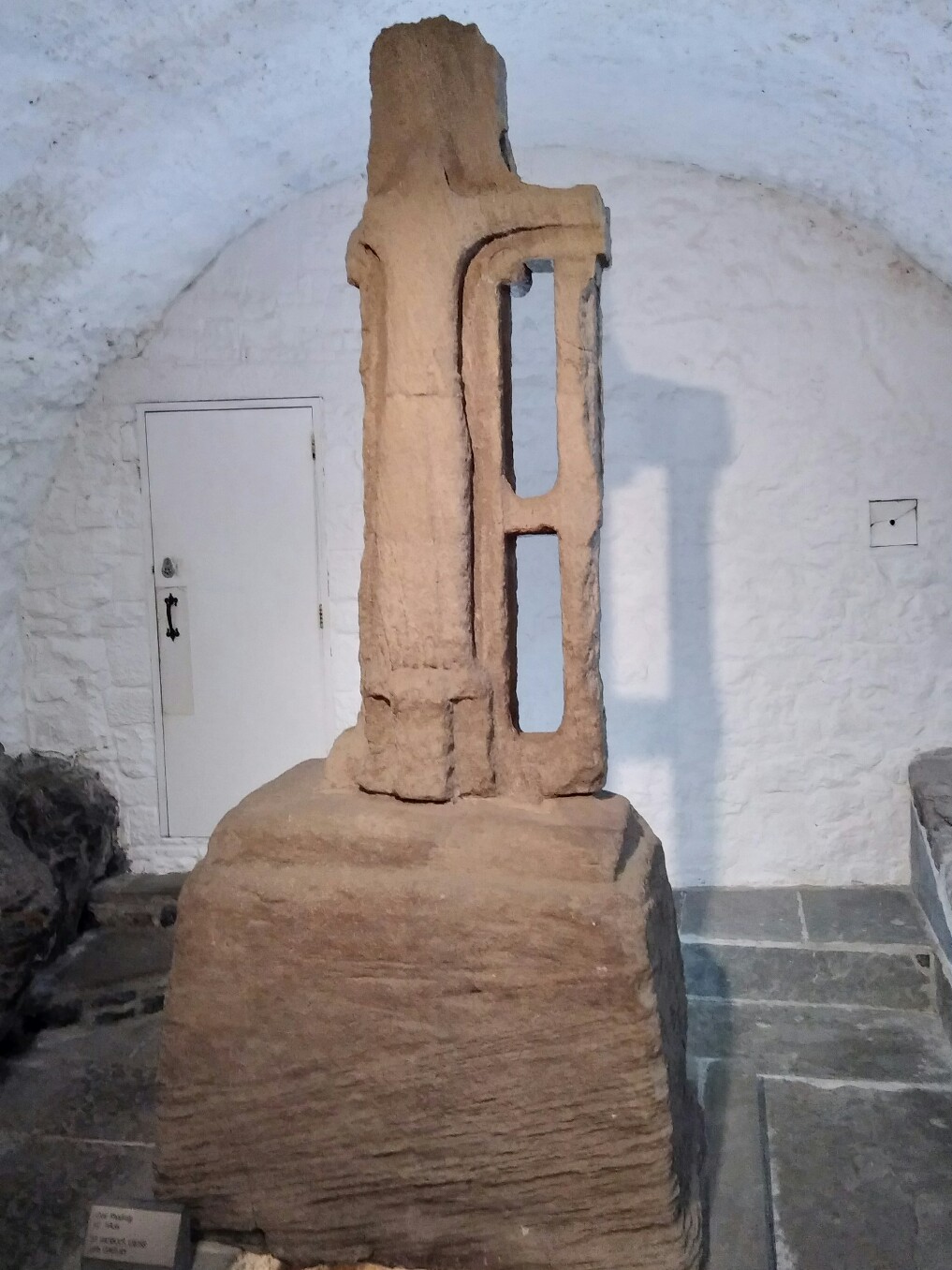 There's a much newer Celtic cross 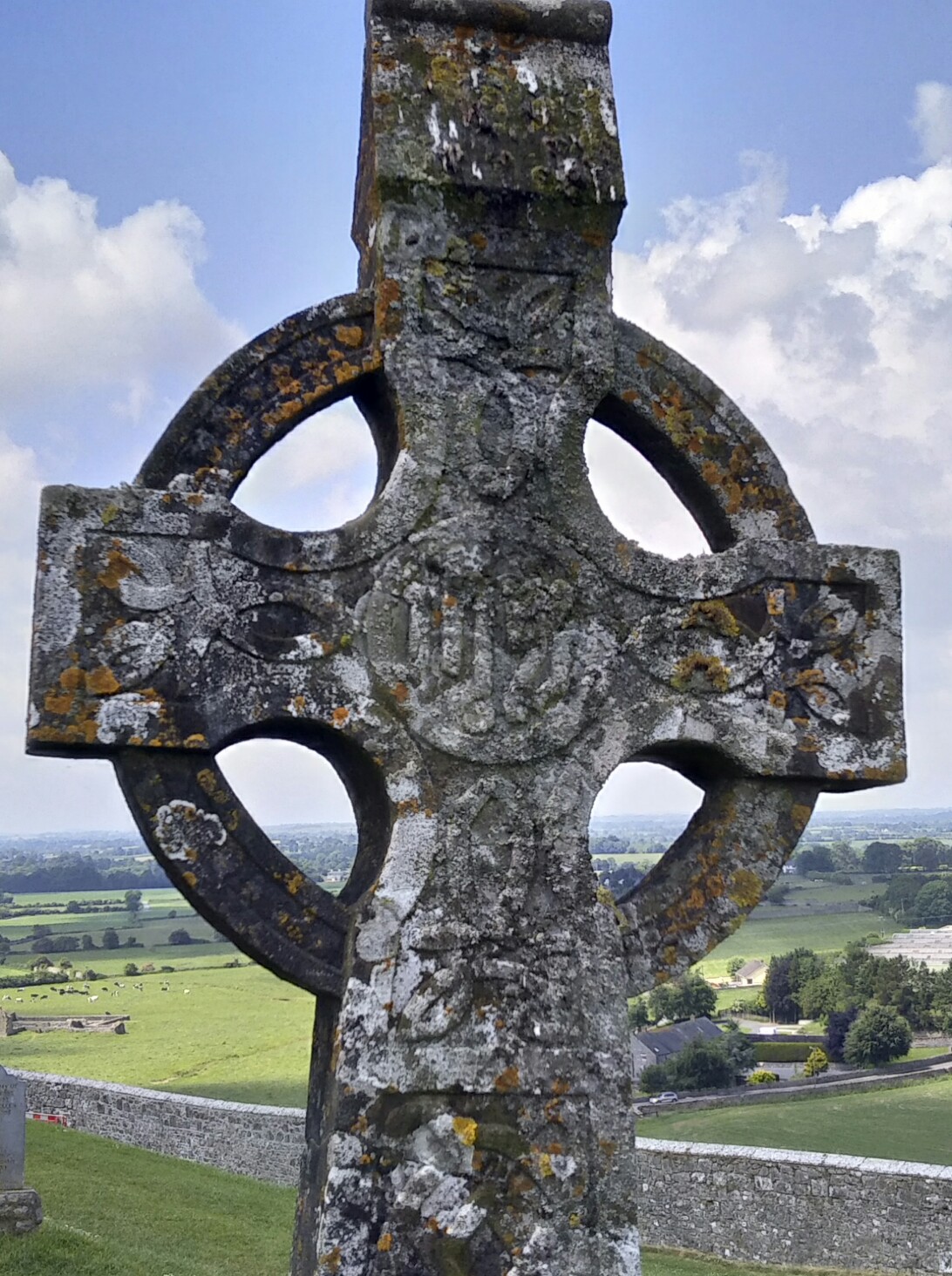 Not particularly news or photo worthy perhaps but look carefully to below the lower right quadrant. See a small white dot? If you zoom in you might recognise it as the van!

The wonderful frescos in the chapel are off limits at the moment as a major, major piece of restoration work is underway in an attempt to stabilise them. Shame, the photos looked impressive. Other than the fairly impressive survival of the buildings there are few small artifacts to see in the little museum. And not all of it is traditional Christian, like this wonderful Sheela-na-gig 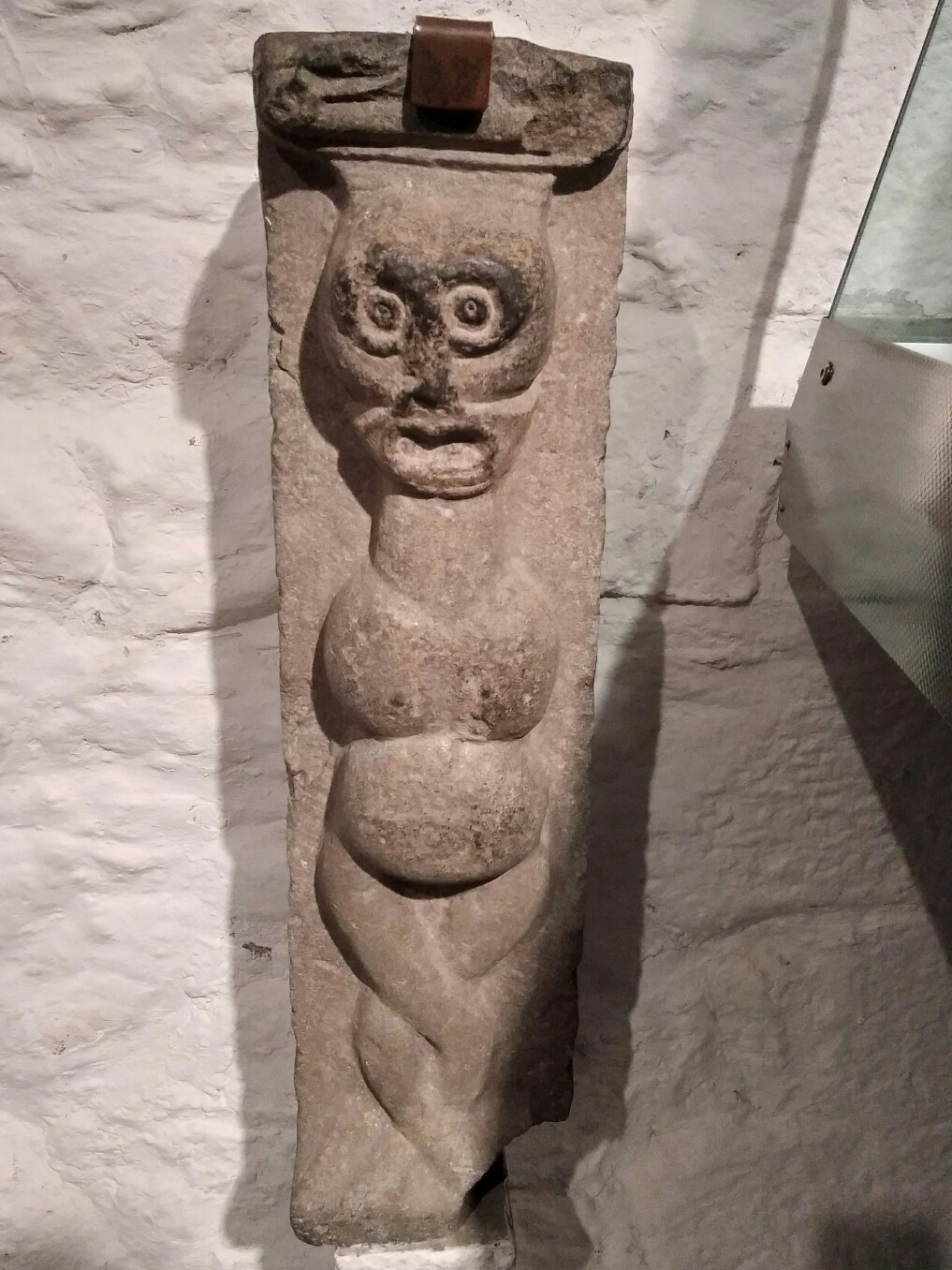 Of course, we walked from the campsite, a short length of the Tipperary Heritage Way. Short but steep, directly up the rocky path to the west of the rock. On the opposite side the is good road to allow the tour buses to ferry the hordes of American tourists. It's hot, very hot so first port of call is coffee shop. None found readily, break the rule and lunchtime pub for a half.

Now a wander round Cashel to look at the shops, do a little shopping. In shop three I can't find my wallet. Panic! Panic! Slowly recounting the morning we realise I probably haven't had need of it before and, come to think of it, I don't recall feeling it in my pocket when getting change out. Almost certainly back at the van. We'll head back a bit quicker than intended but not before finishing a little shopping and most definitely getting an ice cream!

Back at the van and there it is. A quiet afternoon and dinner in the van before wandering back towards town just after 9. We know there's no point going earlier. What a difference a day makes, TJ Ryan's is busy but quiet, subdued and without music. Nowhere seems to have much happening so it's early, around 11:15 when we walk past The Rock again on the way back to the van - and take today's cover photo.

Slow starting out. Not because we were slow but because it's a Sunday and supermarket sale of alcohol is prohibited before 12:30. Tesco has a bottle of whiskey we want to bring

We've pretty much completed the Wild Atlantic Way and during the course of this trip visited every county except Waterford and Laois. If we go inland today for 80 miles or so then