She was lovely and fair as the rose of the summer,
Yet 'twas not her beauty alone that won me;
Oh no, 'twas the truth in her eyes ever dawning,
That made me love Mary, the Rose of Tralee.

The campsite is on the outskirts of town just 10 minutes walk away from the centre through a small park and Tralee's Rose Garden.

Mary, the rose in the song is celebrated in bronze along with her beau 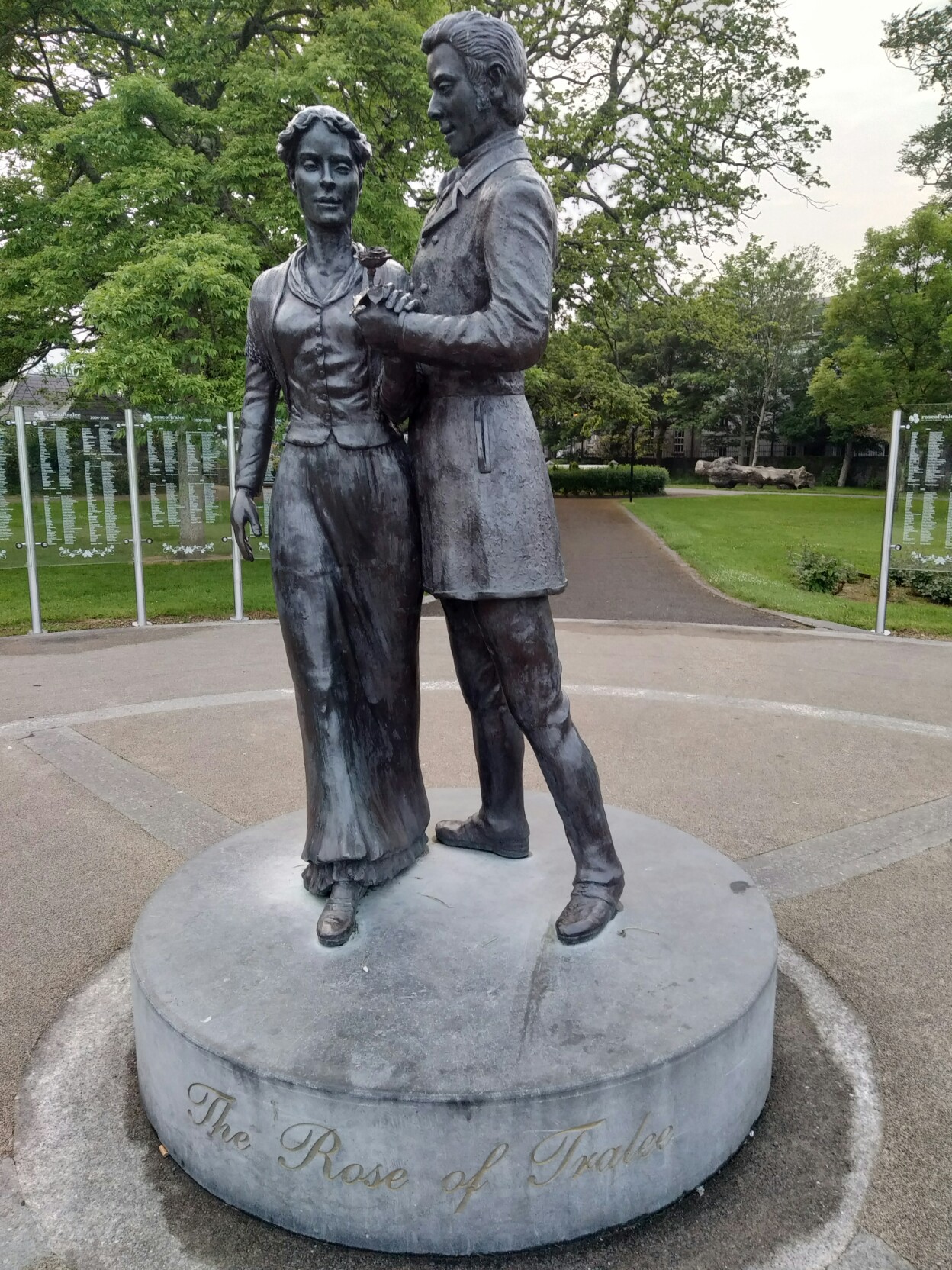 The long cold lonely winter (ah, to be able to sneak Beatles' lyrics into a blog) means the roses are a little behind and few are out. 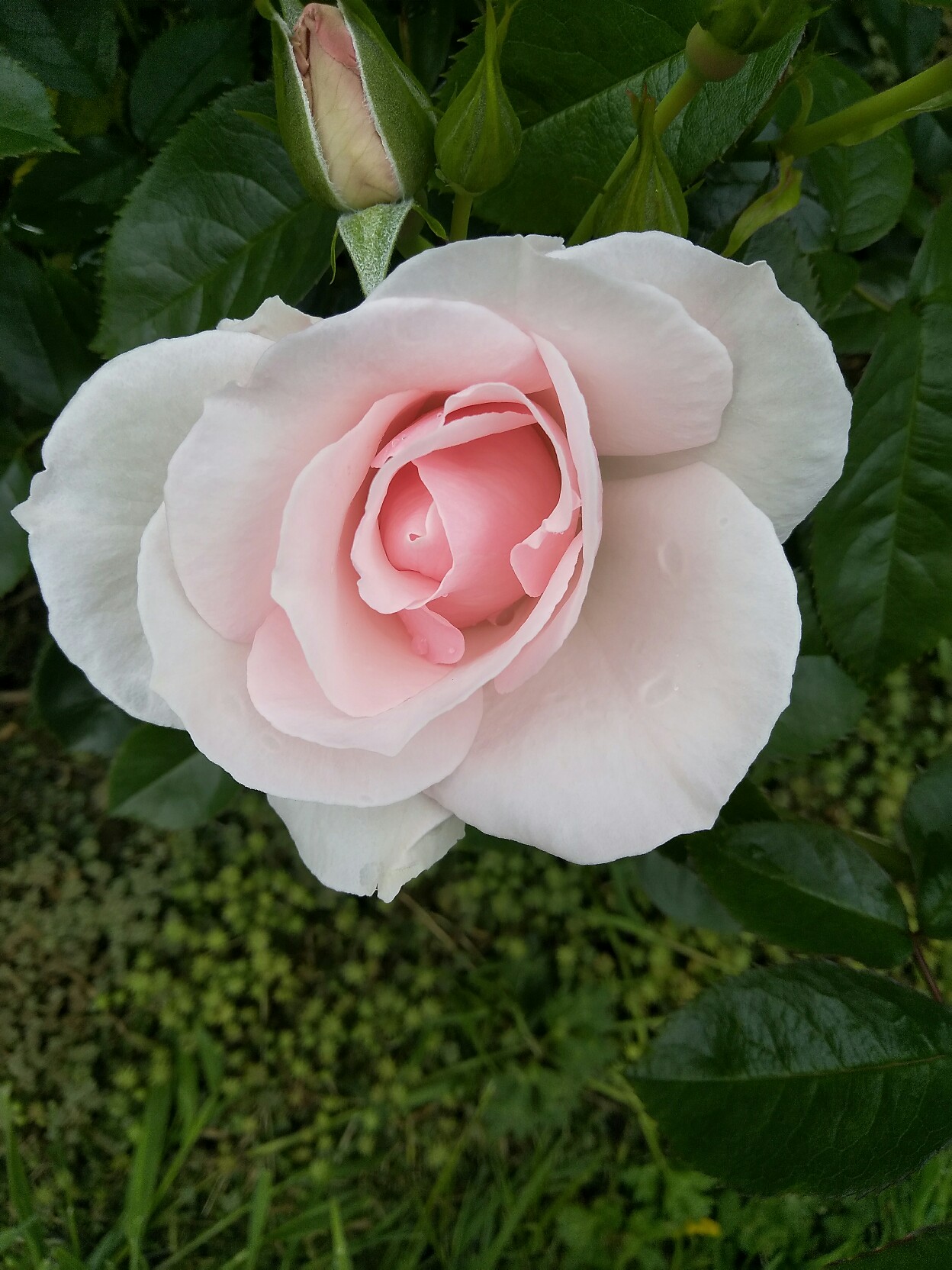 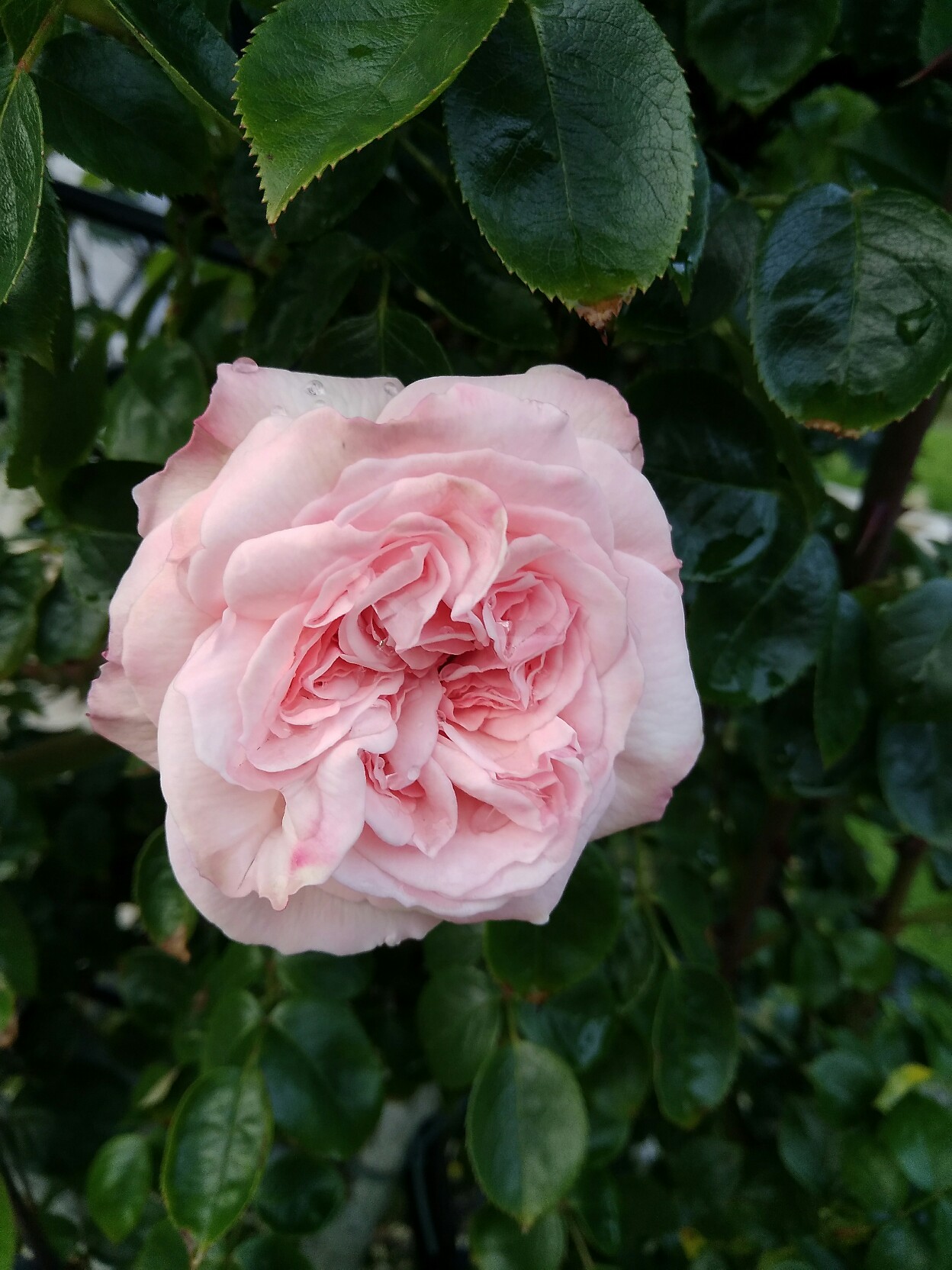 In a couple of weeks though this garden will be a spectacular mass of colour. Although this tree (I'm sure some gardener will enlighten me as to the species) was rather grand 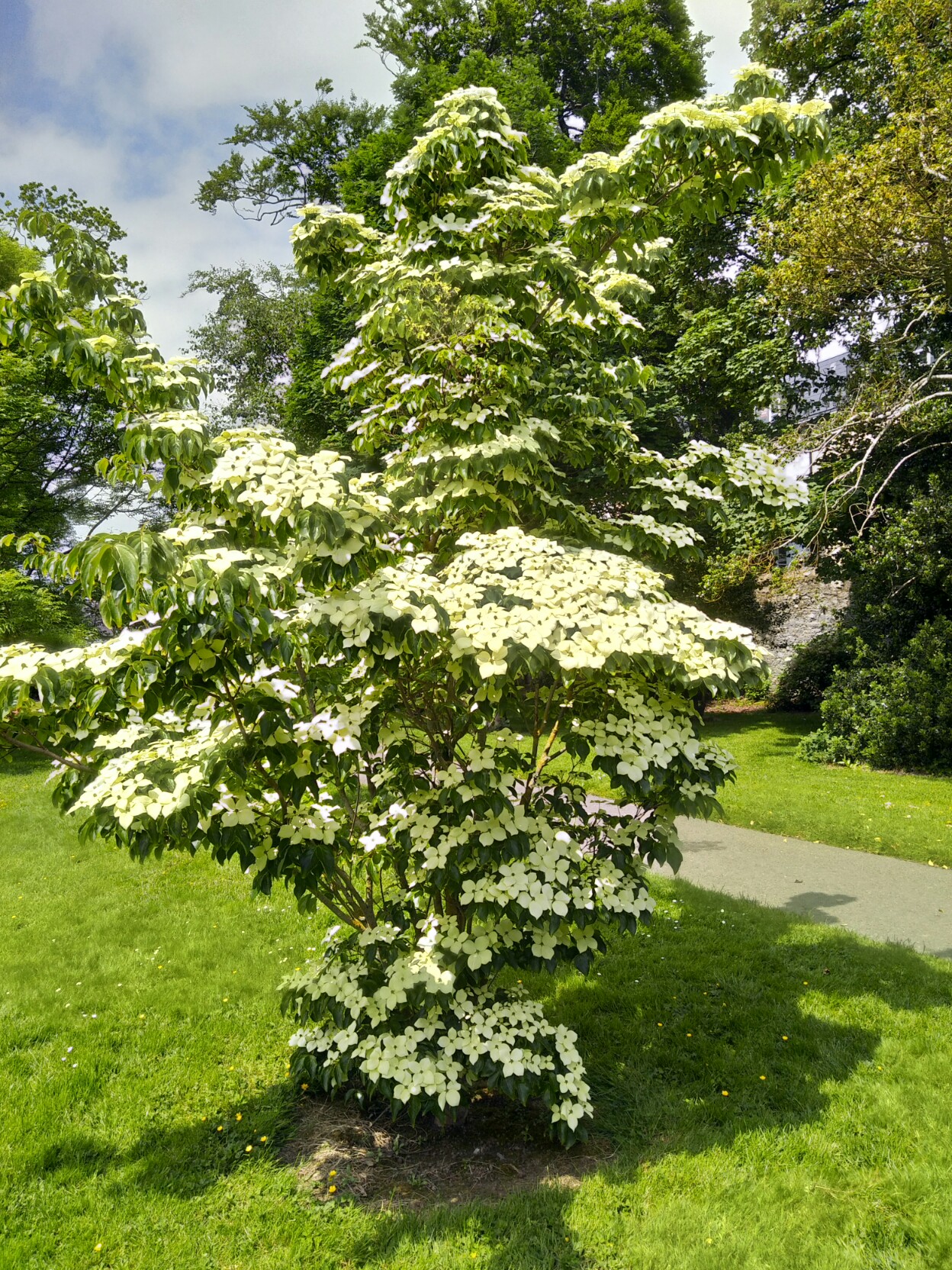 The park has a five senses garden. Sound was back to a familiar theme of this blog - Irish bronze age horns 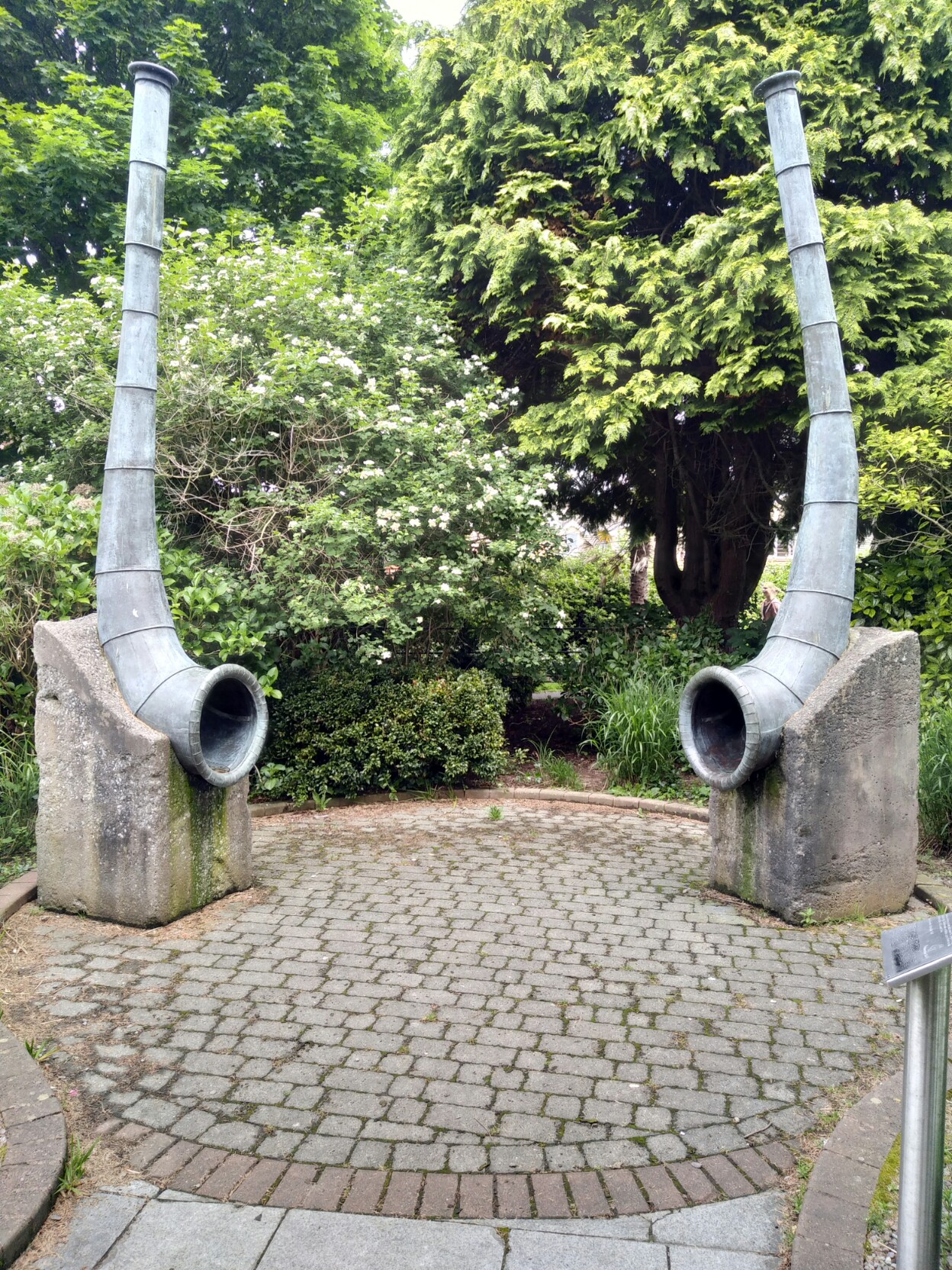 Again the original was in the local museum 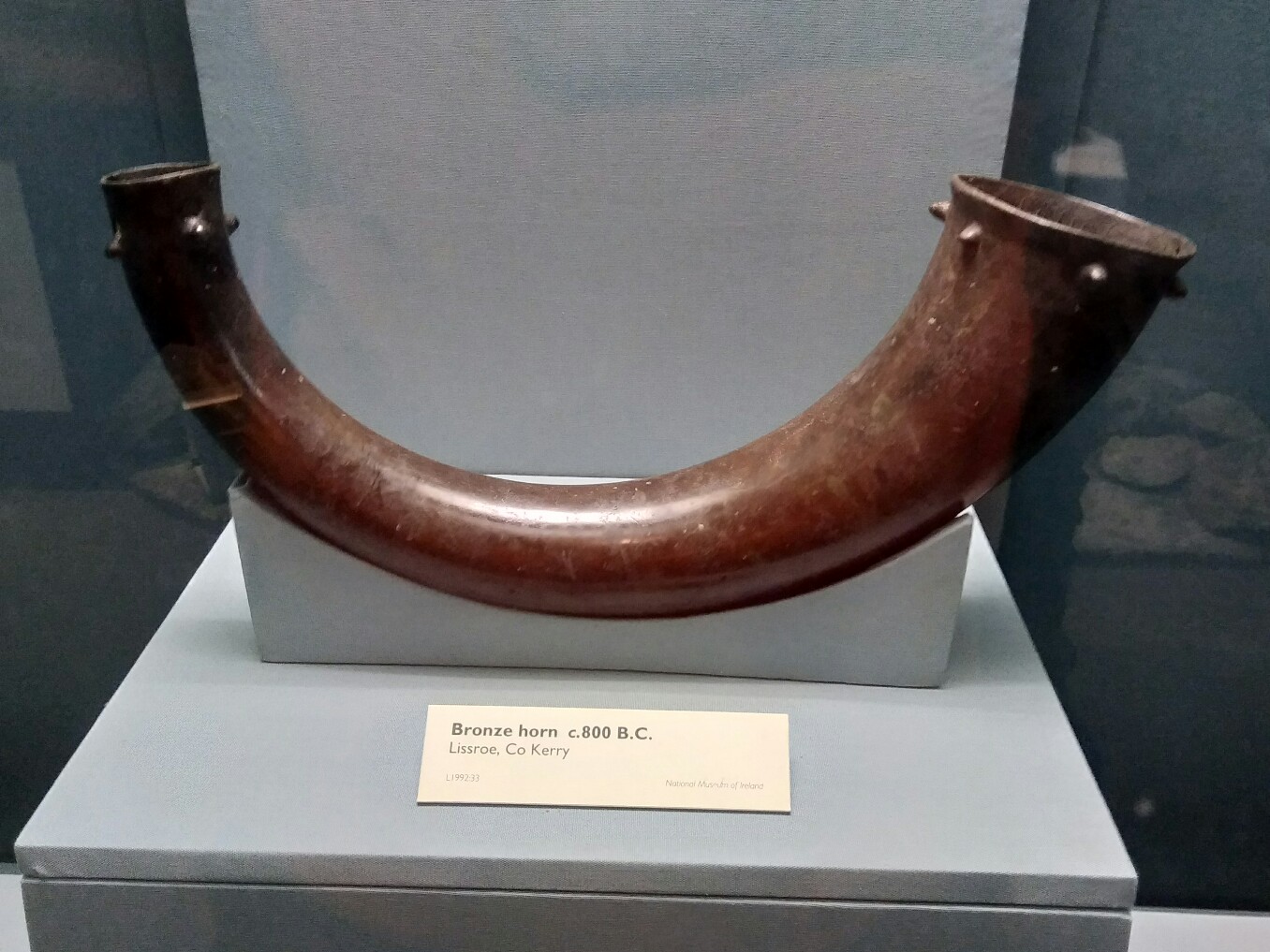 The museum at Tralee is one of the best we've ever been in, especially for youngsters. The ground floor is dedicated to Tralee in mediaeval times and rather than the normal stuffy glass case exhibits it features connected dioramas, once you enter you are in a world reenacting the sights, sounds and even smells of 13th century Tralee. And people smaller than me are even provided with a choice of costume so they fit right in. It's good. But even better if the small section on archaeology. Dendrochronology is explained with a real tree section. A beheaded corpse has a femur on display and, after reading the gruesome description of how the victim met his end, budding archaeologists are invited to examine the bone and look for the differing cut marks themselves. On the floor are two large sandpits with shells and bones and part skeletons poking up out of the sand. After reading the displays about technique our young Phil Harding's can pull up a kneeling mat, grab a paintbrush and trowel and see how carefully they can excavate. Such a brilliantly simple way to bring archaeology to life that we'll be looking into this for the young people in our lives. According to the curator, up to the age of 8 both girls and boys are fascinated by some of the gruesome mediaeval tableaus and the bones and skeletal matter to be excavated but after that age the females often think it is a bit 'yucky'.

Upstairs the displays are more traditional museum although again with excellent tableaus for the younger visitor. As well as the normal Tralee/Kerry through the ages there were two special exhibitions, one on Tom Crean a local Antarctic hero of Scott and Shackleton's expeditions and the other on Roger Casement one of the leaders of the 1916 Easter Uprising. Casement tried to get German troops and guns to assist in the struggle and returned to Ireland in a U boat landing at the nearby Banna Strand. However he was quickly captured and sent to London for trial, not court-martial but public trial for high treason. It became a famous case in its day with many celebraties, on both sides of the Irish Sea, rallying to his cause. He was hanged but in 1965 his remains were eventually repatriated. Bizarrely Casement had been knighted in 1911 for his work on reporting attrocities in the Belgian Congo and Peruvian rubber plantations. But the sights of mutilated and abused natives turned him against imperialism and a few years later rejected his ennobled status. Why am I explaining all this detail. One of the highlights was a short video of the landing and subsequent capture made entirely by local schoolkids. They wrote the script and screenplay, acted in it, provided pets for the animal parts and even, with help of a teacher, cut the final edit. It was a real delight to see this piece of living history performed by 10 year olds. Bravo to them and bravo to the school. Wonder if a copy is available on YouTube?

We were at the museum for nearly 3 hours. Excellent value for money. In fact we nearly didn't pay. The Tourist Information Office (best one we'd visited, by the way) was next door and an open door led into the museum. I'm not sure it was meant to be open as it took us into the medieval tableaus the wrong way round. When we eventually finished (i.e. got to the start) the young girl on reception felt she couldn't charge us but we insisted. One again €5 each well worth spending.

Heck, it's nearly 3:30 by the time we leave the museum and we must shop. Yesterday I saw a shop with an Irish Rings game board (see previous entry "Yesterday Once More"). Had to be bought. Nothing else took out fancy though, apart from Liz finding a nice shemagh style scarf in a charity shop. I think she realised just how useful mine was in the heat last week.

Food - there are lots of choices in Tralee and a few I fancy. But right in the heart of town there is a fish (and chip) shop. It's a fishmongers but also has a small restaurant for traditional fish and chips. Well a bit more than that, there are 5 choices for fried fish: whiting, plaice, haddock, cod,and hake. Also there are pan fried options such as salmon and, today's catch john dory. I fancy trying the John dory but elect for the cod. It takes a while to arrive because unlike traditional fish and chip shops Quinlan's cooks to order. It's good too, very good. And even the accompanying pot of tea is strong enough to meet our strict requirements. 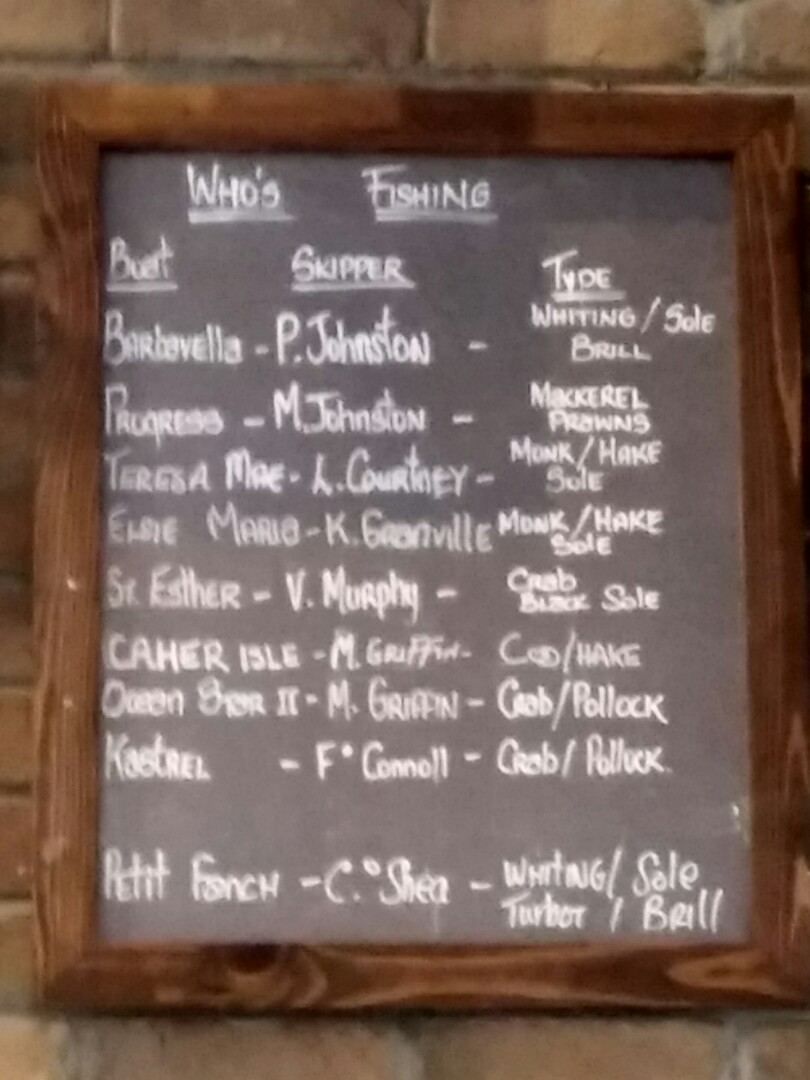 A pint to wash it down and then the decision whether to stay in town listening to music till gone midnight (like we did last night) or to head back for a cuppa in the van. Cuppa wins!

The Irish people, even those English people living in Ireland really are something special. Conversations pop up from nothing. Yesterday in the museum a woman apologised to Liz for her son's rambunctiousness but

The single priority for today is to sort that juddering out. Something is definitely wrong. Before leaving we use "the facilities" at Askeaton Leisure Centre. There's a big sign reminding us