Before we retired last night, the staff jokingly warned us to beware the ghost in the night. Nothing heard, we both slept soundly. It was nice that the hotel/lodge was open from 8am this morning so we could use their washroom facilities before departing.

A quick check with the staff and yes, the road at the side of the pub, going steeply up the mountain is a decent road and the best route to our next destination Glendalough. And despite my fears it is a good road. Too good perhaps as I can put on a little speed. Suddenly the surface gets a little bouncy, not potholed but undulating and it bounces the van just a little. Next thing is this regular banging noise from the rear of van. Loud enough to be a concern but not a real worry. I pull over and dispatch Liz to the back to work out what item had come loose in what storage locker but she now reckons it's external. A quick check reveals nothing so press on, Liz still in the rear. Now she's pinpointed the sounds and is convinced it's the rear offside wheel. Doesn't sound good. Pull over and grovel under van. Only the fuel tank under there and nothing hanging lose; there doesn't seem to be an obstruction on the wheel. Check the mud lining of the wheel arch, all OK but it could flap about a bit, pull at it and a chunk of dirt falls out. Oh well, let's drive on and see what develops.

The noise has gone!!! ??? My only thought is the bouncing dislodged some mud in the wheel arch's lining and it jammed, pushing the plastic lining away from the van where it could vibrate against the van and make a racket.

The noise has gone.Only to be replaced by a squeak! We've never had a squeak before, exciting! 2 miles later that had also fixed itself. Something in the back wasn't seating right and squeaked until it gently eased back into position. Now just the comforting and familiar rattle of the bread board that wasn't quite seated exactly correctly.

Now silence, or at least normal rattles has been restored, on to Glendalough, the valley of two lakes. Now I think I'd heard it was a beautiful valley but knew nothing else about it, so was surprised to find a visitor's centre run by the Irish equivalent of English Heritage (and, thus, once again, we could use our English Heritage membership for free entry). Turns out the site is a really important early Christian site. St Kevin (really, I'm not making it up, although Kevin is actually Caiohmín in Irish) went to the seclusion of the site as a hermit in the 5th century. Now one problem of being a hermit is being a popular one and getting a following, which plays havoc with your life of seclusion. That's what happened to poor Kevin and Glendalough became a major monastic centre complete with early cathedral (don't think York Minster and wonderful stained glass, think dank and dark but still spectacular for its time), round tower and all the trimmings of a really important monastic site. The museum with it's interpretive displays is quite good but a coach load of noisy French schoolkids was probably as welcome an intrusion as poor Kev, being followed into the mountains by a tonsured[1] horde.

The partially restored buildings, and impressively restored round tower are interesting as we pick our way between gravestones and Italian tourists but the real joy is the valley itself. 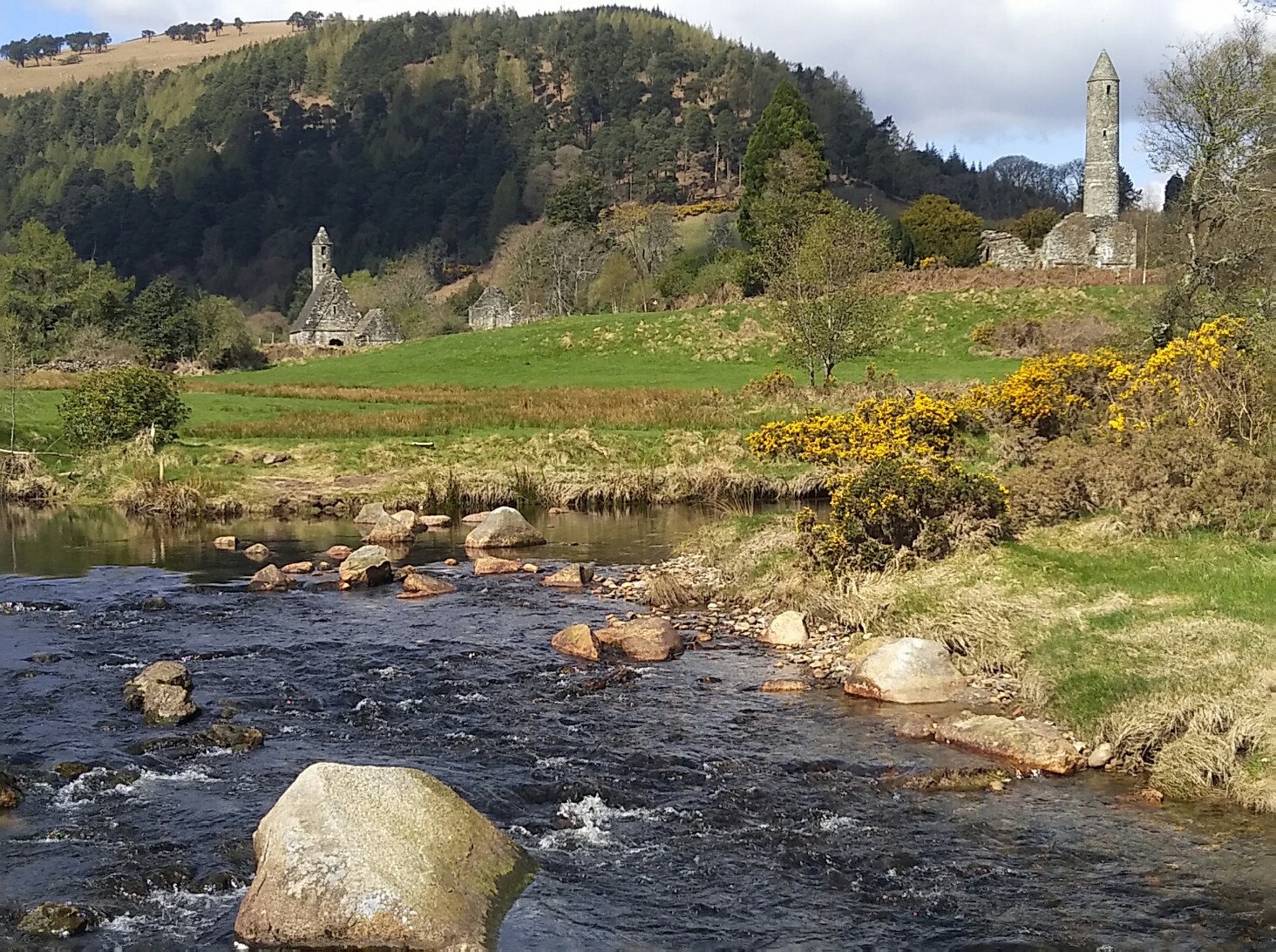 and the Wicklow Mountains National Park folk have done a good job with paved walks and boardwalks over the bog. Some fantastic moss and lichen covered trees and rocks but Liz has photographed most of them so go see her blog. I did take a couple of pictures of the larger Lough and couldn't decide which was better so I'll let you choose 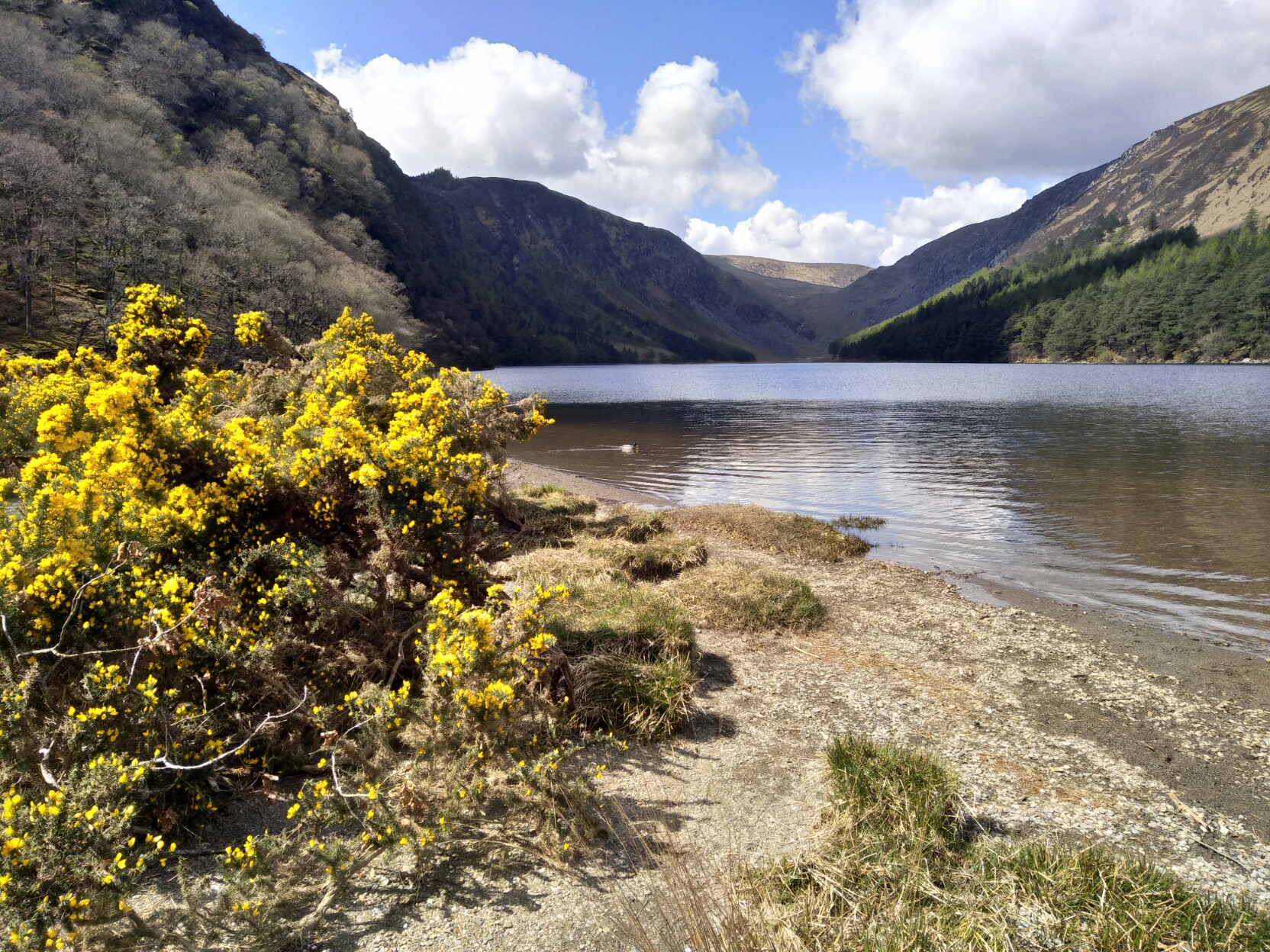 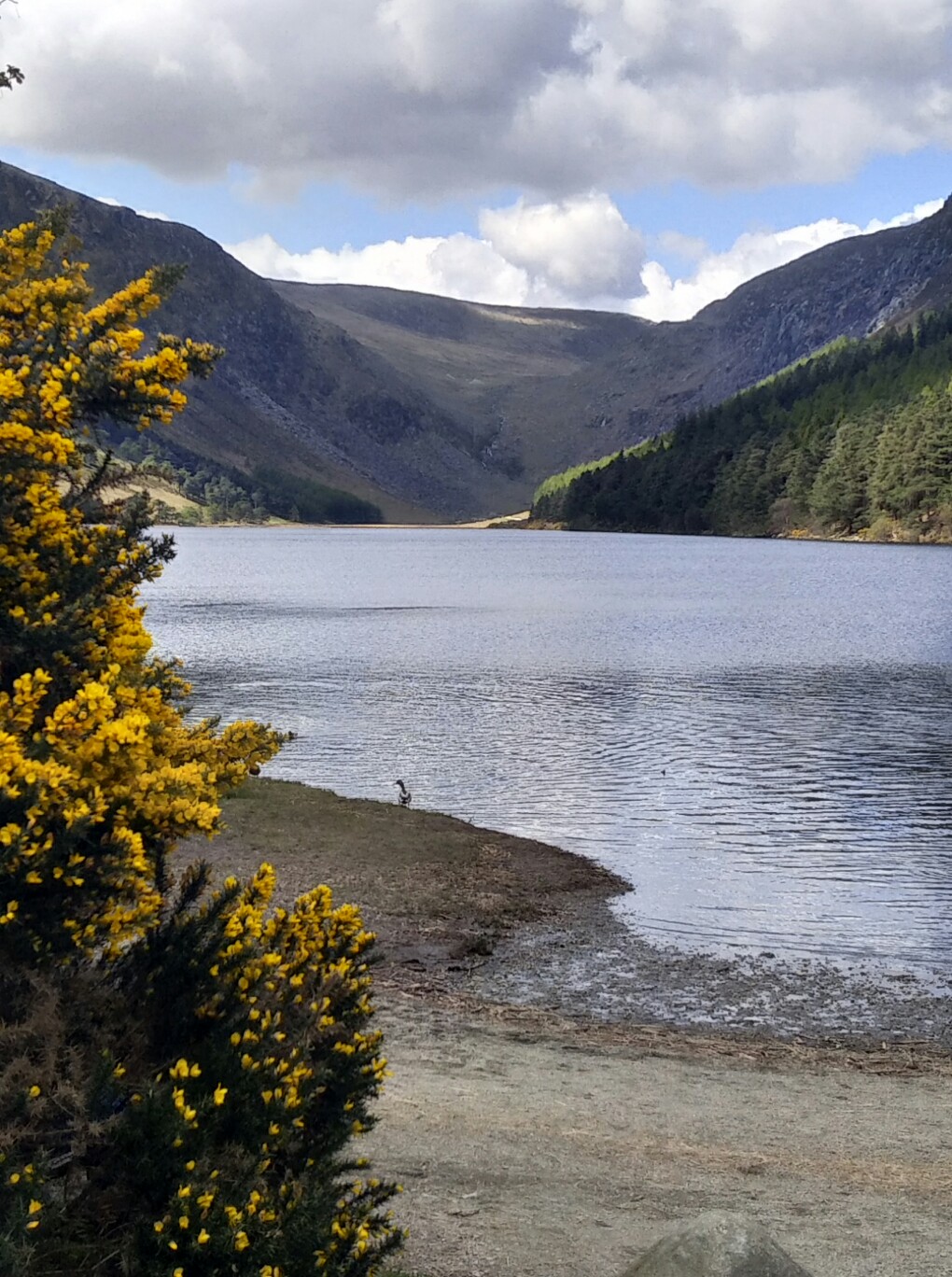 A pleasant stroll but amazing just how many foreign tourists of so many different nationalities there were. Mind you the number of buses in the car park when we returned to the van!

Onward to the campsite. The picturesque route through the Wicklow Gap (inevitably following one of those coaches) and across the impressive Poulaphuca reservoir at Valleymount. The reservoir, also know as Blessington Lakes is village deliberately drowned by the waters of the Liffey to make a huge water reservoir for Dublin and beyond. It's an impressive stretch of water that's for sure. After that shopping in Naas and then a short motorway hop to the campsite in the W edge of Dublin.

Nothing else much - except we had PIES for dinner. Pies! May not sound like much to get excited about to you but in a van with just two gas rings and a grill that takes a month to brown toast then cooking something like a pie is a culinary bridge too far. It was until our recent purchase of a Ridgemonkey. No, I'm not going to describe it or explain how it works, you've read this far and still have the will to live so you've probably got the energy to go Google it! 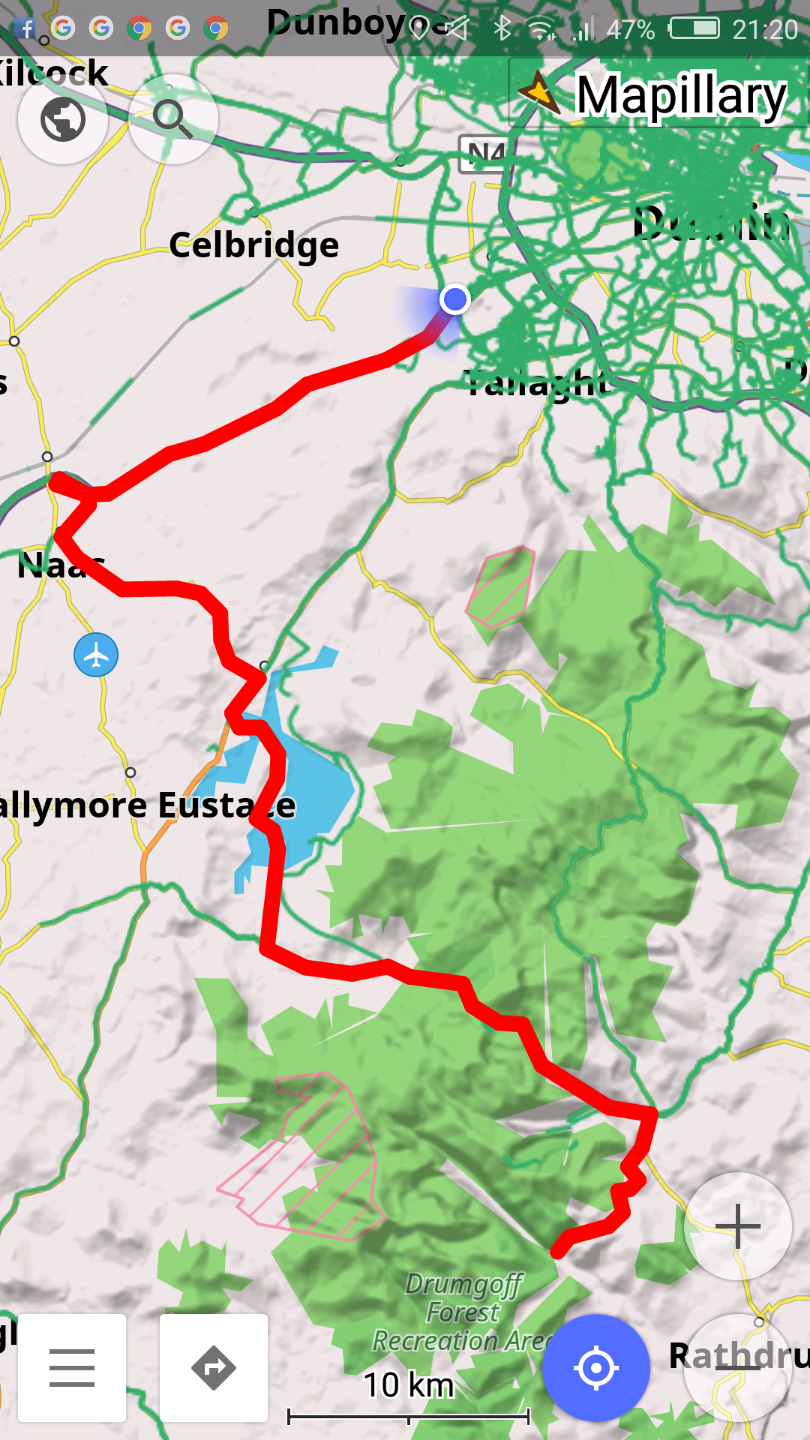 Dublin today, but a deliberate short day. The forecast is poor and it is chilly enough without strong winds and driving rain. Still it was a mad panic rushing for the 11:30am

Time to move on. Leaving Kilkenny and heading for the famous Brownhill Dolmen. A huge portal tomb with a topstone reckoned to weigh 150 tons. Like Neolithic structures in Shetland it is totally

Two Drifters
—
Things that go bump in the day
Share this