Luxembourg is an interesting city. It's easy to see why the city was such a formidable bastion in mediaeval times. It's built above a gorge some 60m deep. It doesn't look it from this photo but we'd barely started walking down the slope. 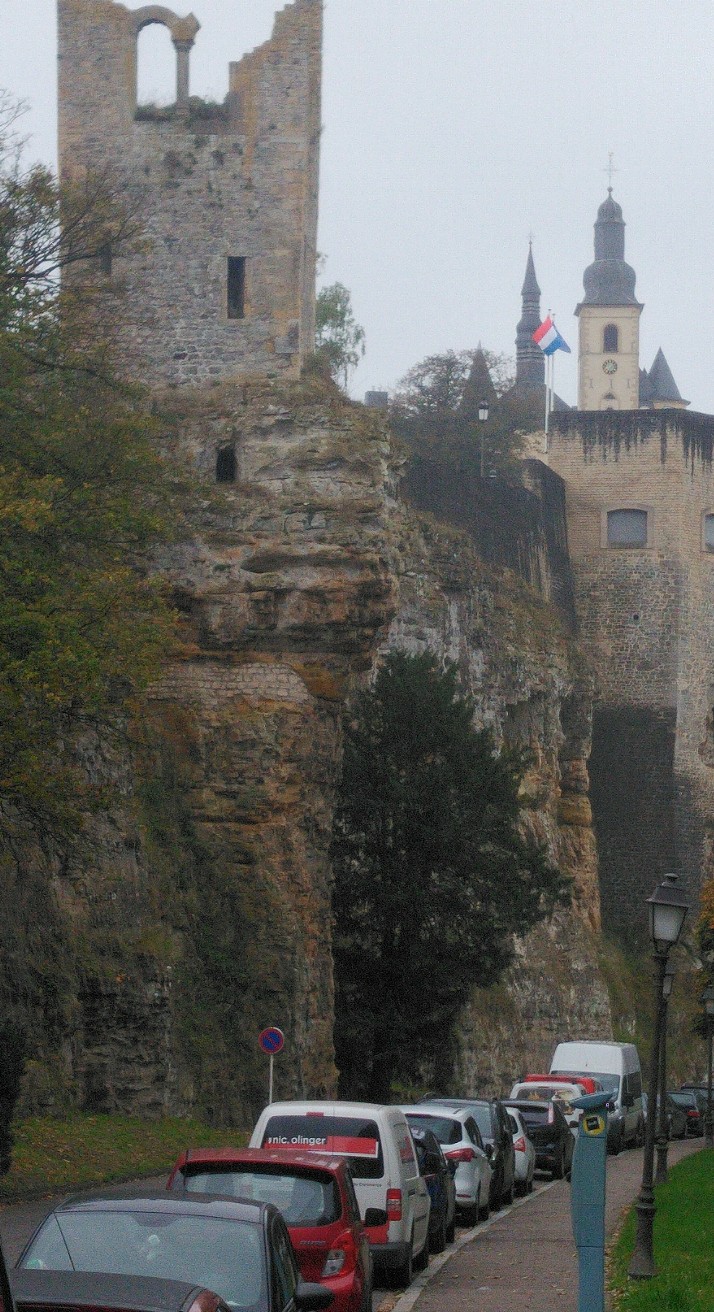 This view down from the citadel gives a better perspective 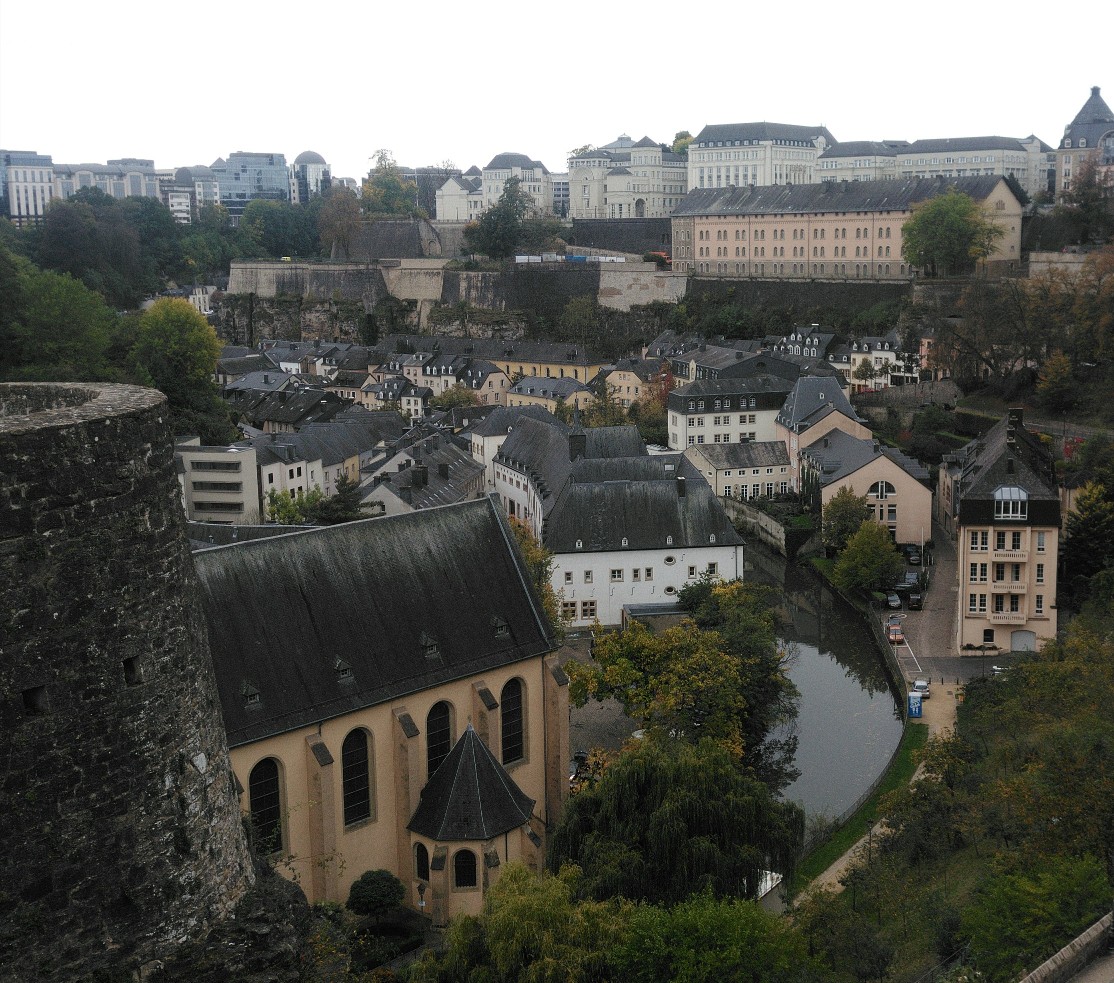 It is a surprisingly steep gorge. I'm amazed any sort of fortification would be needed to keep out people attacking from below. Of course, today the opposite problem needs solving. Getting workers between the two extreme levels. Last year the new elevator and bridge finally opened. A 60m straight-up glass sided lift connecting to a bridge.

Notice the projection on the end of the bridge - that's a glass floored viewing platform. Sadly the acrylic floor was too scratched for a straight-down view but it was still pretty scarey standing on it and views out showed the height 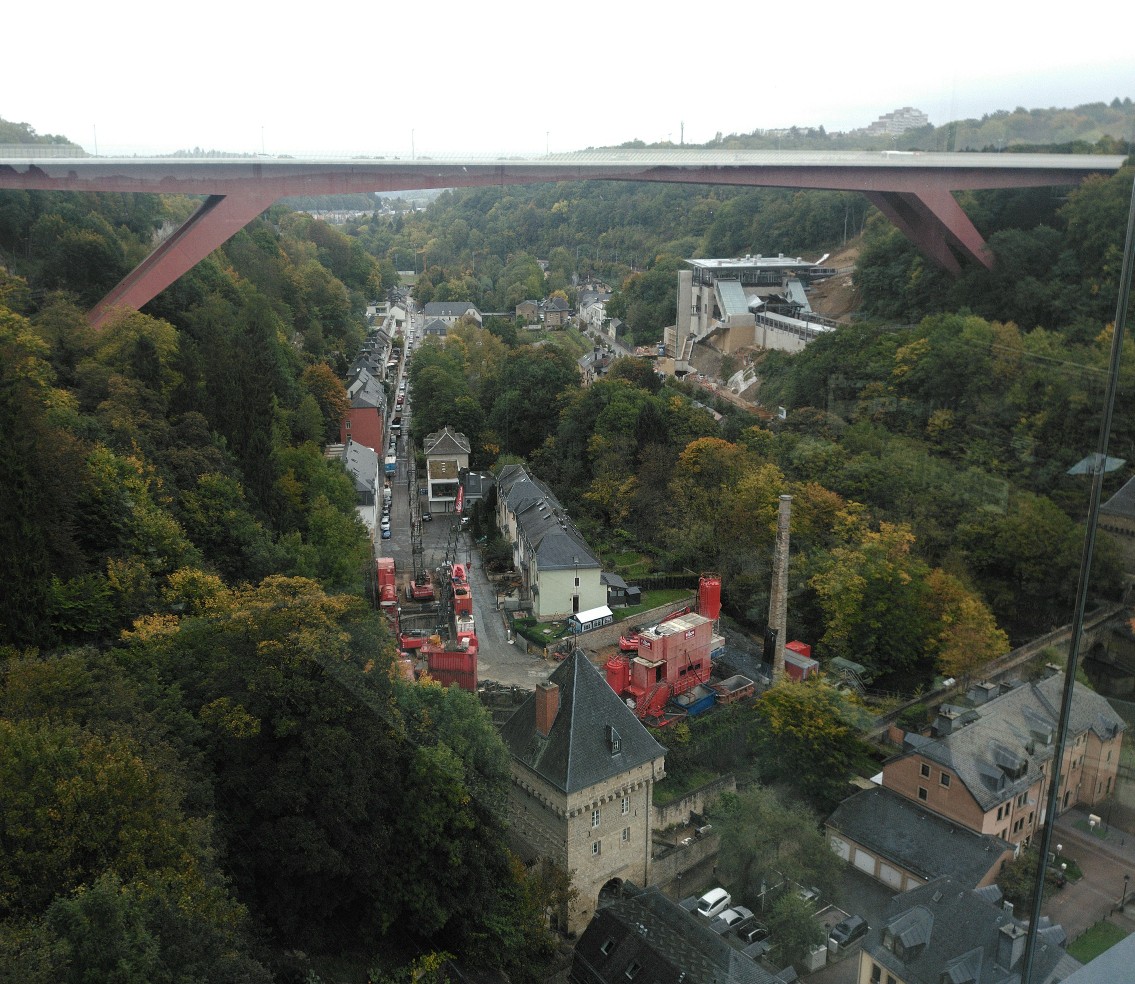 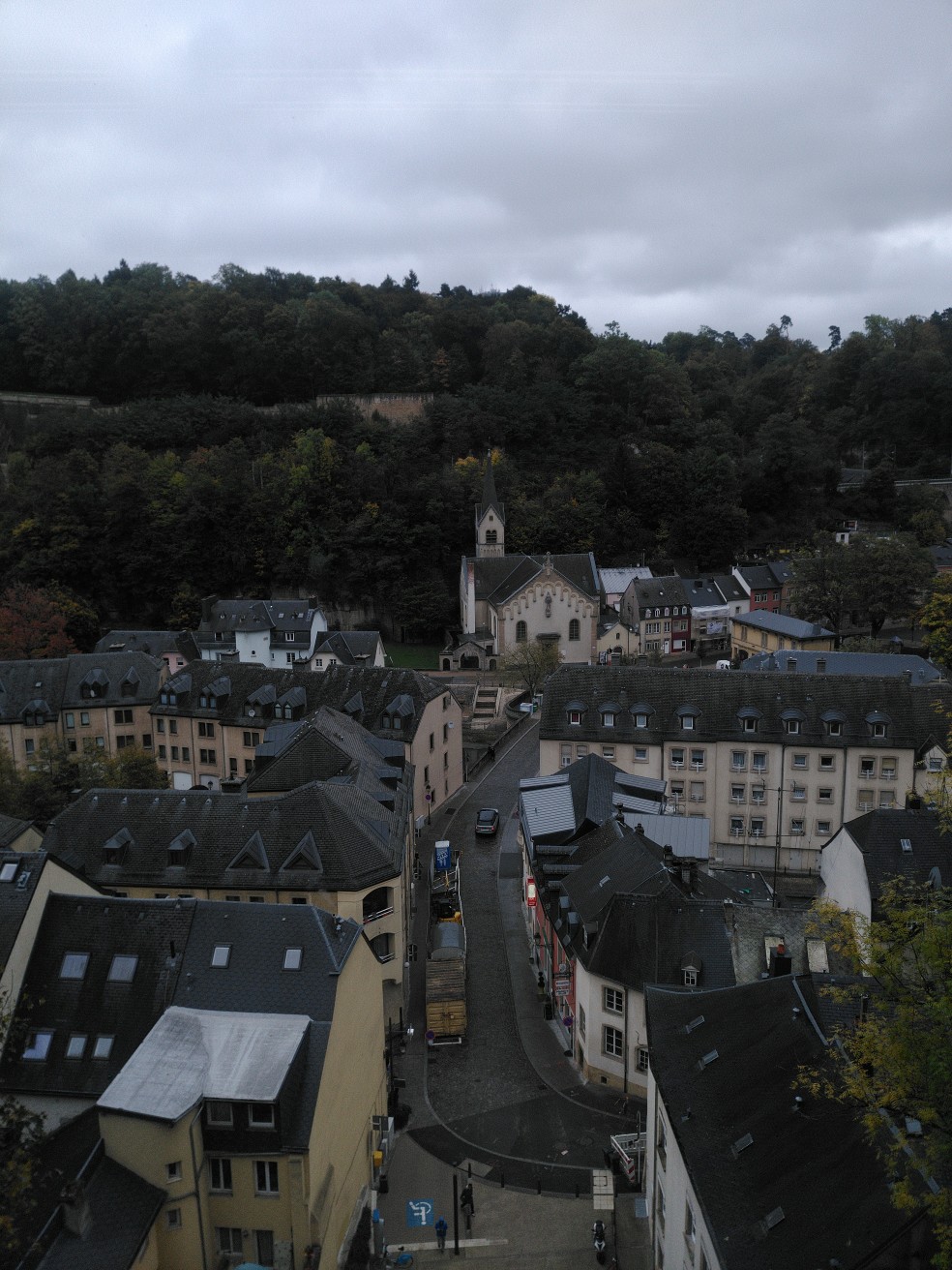 That red bridge is pretty impressive too but we didn't have time to walk that.

You might expect lots of photographs of a very photogenic old town and there should have been. Unfortunately like much of Europe extensive building work is going on and vistas to most of the buildings are blocked. Most annoying.

We did find the Ducal palace and they were changing the guard. The guard comprised just one soldier so not as spectacular as Buckingham Palace but the guards, with their exaggerated marching style, took it just as seriously. 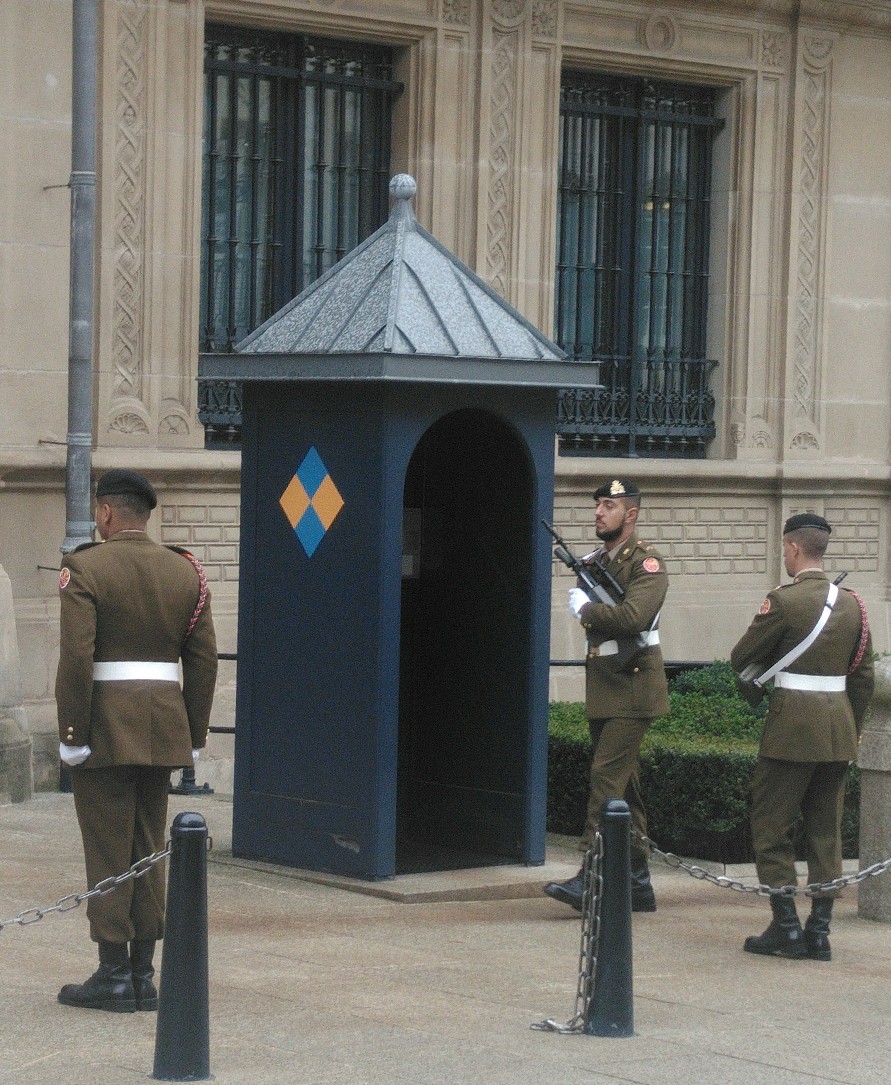 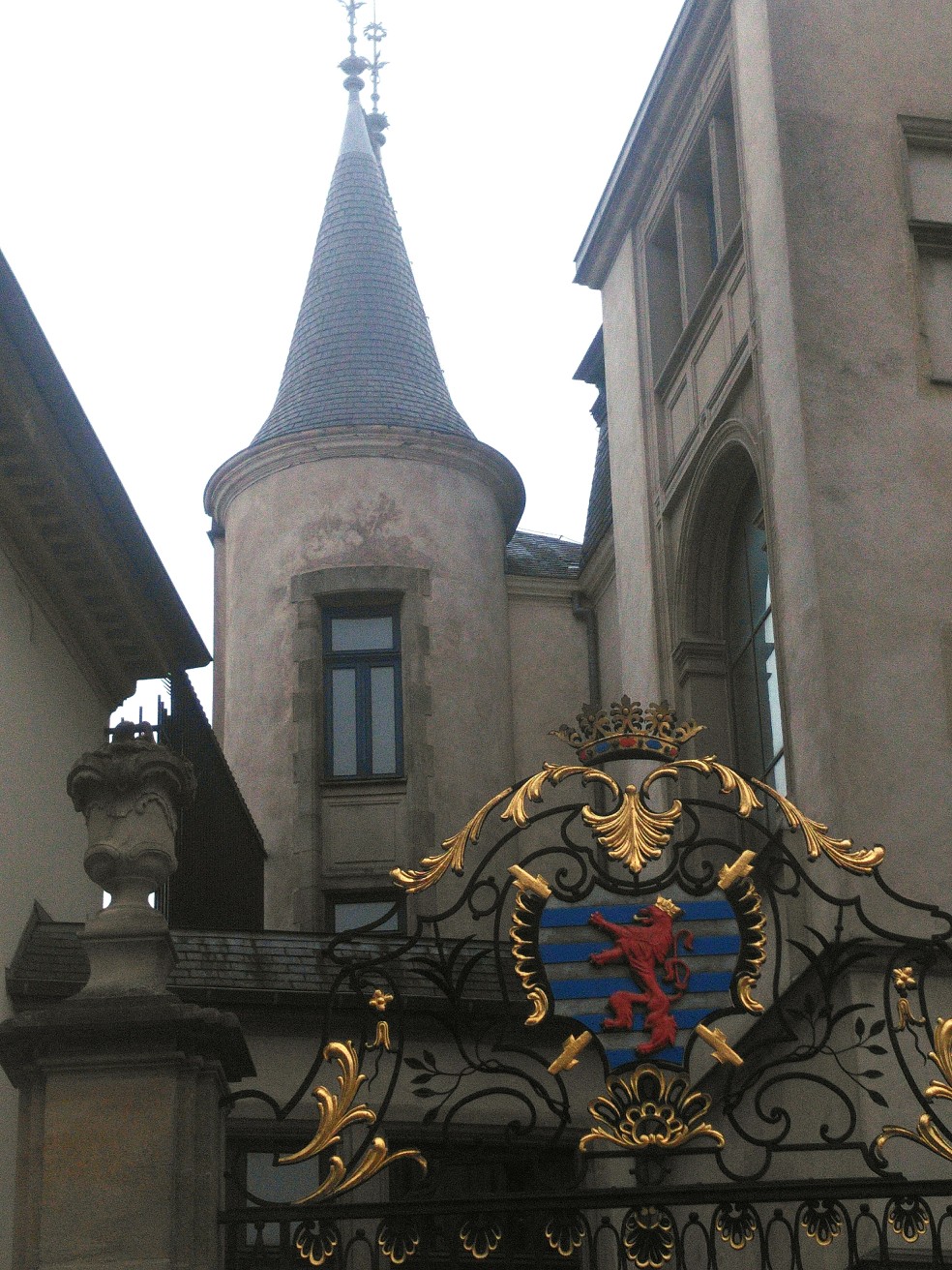 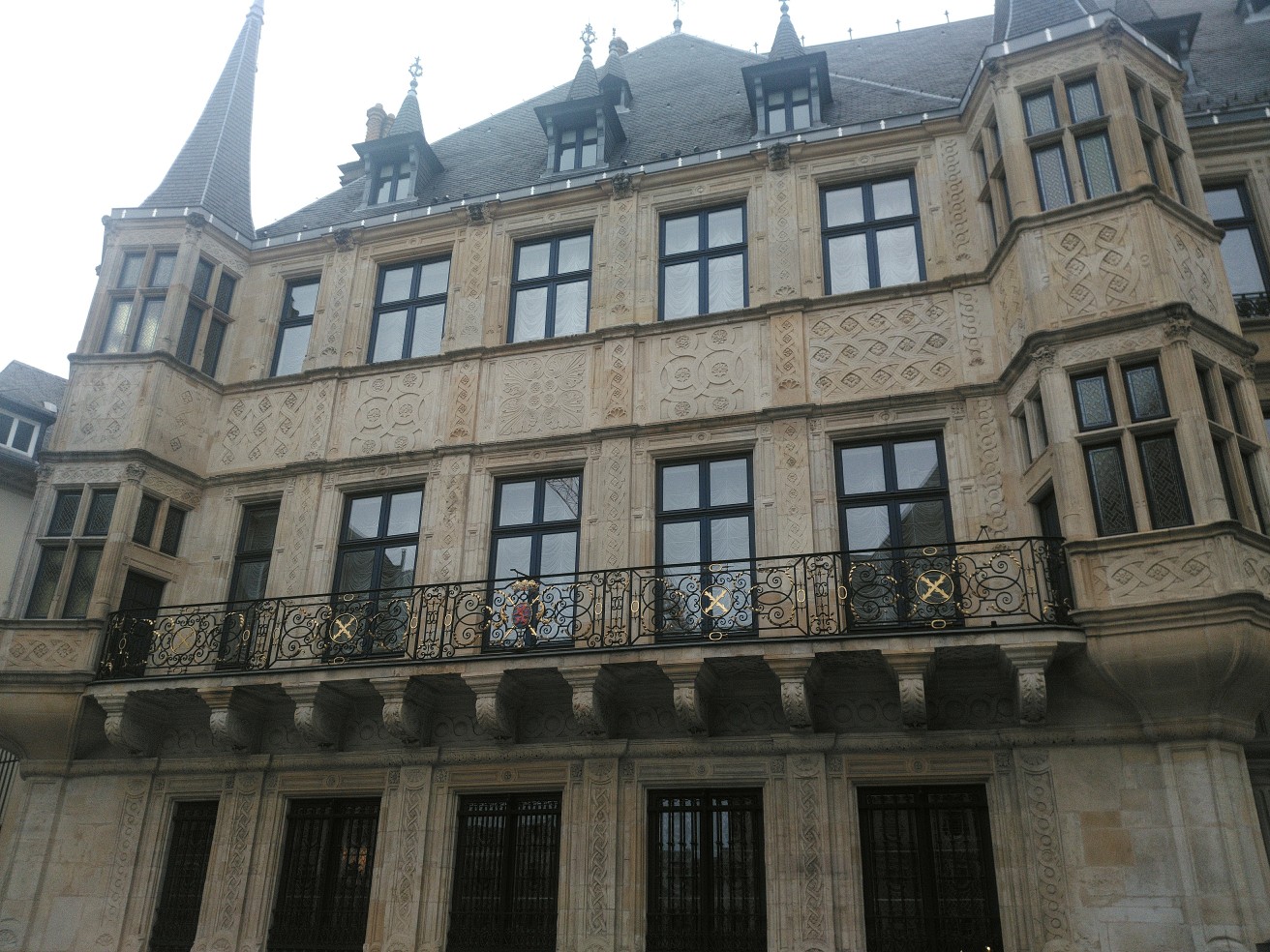 Did I mention poor light? Yesterday the forecast was due it to rain heavily today. Last night it had reduced to just a very wet afternoon. This morning it was light rain all afternoon and that was about right. Drizzle from before lunch and until about 6 with the occasional intensification into light rain. Not too bad for city walking, and in fact much better than the bitter wind we had this morning but not good light for photos.

So mid-afternoon we headed back to the van to chill (not quite literally) and shower. Just up the road from the campsite is a nice looking Italian restaurant, the ideal venue for our last meal out. A pricey wine list but once if all the wines were as good as the Rossobastardo I ordered then they obviously prided themselves on quality. It was one of the best restaurant wines we've drunk ever! The food was very good too. I had linguine with fillet beef strips so tender a fork would have suffice to cut them and Liz's taggliatelle with salmon defeated her by its sheer size. Not a cheap meal by any standard but we felt it was excellent value and an ideal end to the holiday. [Yes I know there's still tomorrow but that will be a quiet evening in the van]

The longest driving day of the holiday, 414km, 257 miles and just under five and a half hours behind the wheel. Much of it in very heavy rain. It started very badly. I've

First port of call this morning had to be a supermarket. We need a few supplies and yesterday's trip to Lidl's totally failed to source them. There's a huge Auchan not too far